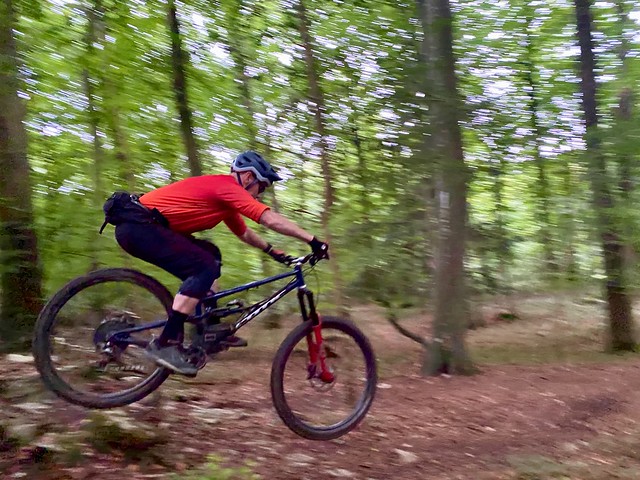 That’s Steve throwing a bit of a shape off a moist limestone drop. It’s just one of many trails snaking off the hill east of the Wye at Symonds Yat.  Most of a day was spent traversing this then the west side, never riding the same trail twice. Same as the last three weeks: ride, beer, sleep, repeat.

This is both a good and a bad thing. Good because the geography of our river cut valley is criss crossed with trails built by animal, forester but mostly mountain biker. Perfect terrain steepening from not that much to mostly a cliff. East side especially has a real old feel to it, ancient broadleaf, protruding rock, hill forts and a sense you’re riding through both history and geography.

West side is a blind-eye sanctioned trail nirvana with new digs nestling comfortably adjacent to recognised classics. In the last fifteen years I’ve ridden a good chunk of it, walked a few bits, and suffered stone cold refusals where those with all the skills hang out.

Tech-fests are absolutely available. Head up either side of the valley and there’s steep, difficult and jumpy. Often all within about a metre of each other. Most go for us in the dry if our heads are in a good place, wet though that same head leans heavily on the discretion side of valour. That’s fine because there are so many trails, so many options, so many link ups, short cuts and long ways round. The only constant is the vertical distance at around 150 metres. Not that much until you’ve done to a few times. Bring your climbing legs.

Winter slides between grin and grim. Muddy slogs and death marches are the norm. Full suspension bikes are dust preserved in dry garages, while hardtails take many for the team. For me, it’s three months of keeping up while counting down to dry lines and colours other than brown.

Four seasons of great riding then. So what’s the downside? Basically we’re riding in the Truman show. Other than 14 hour Van based epics to foreign climbs, we barely leave the valley. Backintheday(tm), we’d be off at least once a month: Black Mountains an hour away, Quantocks a little more, Bike Park Wales about the same, Cwmcan a little less and Afan still within a 90 minute drive.

There are big days out, big skies, big scares, big memories arrayed in a south-western arc * needing nothing more than advanced cat herding skills and bike/van logistics. These routes includes some absolutely bangers – the classic Hermitage ride from Tal-Y-Bont, the never less than spectacular Gap, Rhayader taking in the dams, the loaf like challenge of a Quantocks loop, maybe a bit of a reach down to Exmoor. Or trail centres offering thrills without much jeopardy.

Closer still, Llangorse offers nothing hard to ride but so much to look at. A few years ago we had a fantastic late September ride, the highlight being a half way stop overlooking the lake. Classic is an overused word – I’ve already done that twice – but you have to experience that kind of day to remember riding is way more than the trail you’re on.

We don’t even bother much with Pedalabikeaway now. That’s the thriving Forest of Dean hub located at the start of the built trails. It’s reinvented itself spectacularly since the sleepy bike shop I encountered when we moved here. There are some fab trails pretty close to a half decent coffee, but there are also too many people and a noticeable primacy of e-bikes**

So what changed? Covid-19 obviously. Wales being mostly closed for two years. A nod to the climate emergency- driving to ride does not stand up to environmental scrutiny. A deeper, if unsaid, understanding that mountain biking is more about the people you’re with rather than the trails you’re riding. Unless those trails are shit, which for us is clearly not the case.

I’m not getting any FOMO***. These last three weeks on familiar trails are not stained with any kind of longing for something else. They have been all the fun that hard physical effort and a little bravery can bring. They have all finished with a beer, or a night at the Speakeasy rolling out Pizzas and nonsense.

They look something like this. Guess what we’ll be doing next weekend? 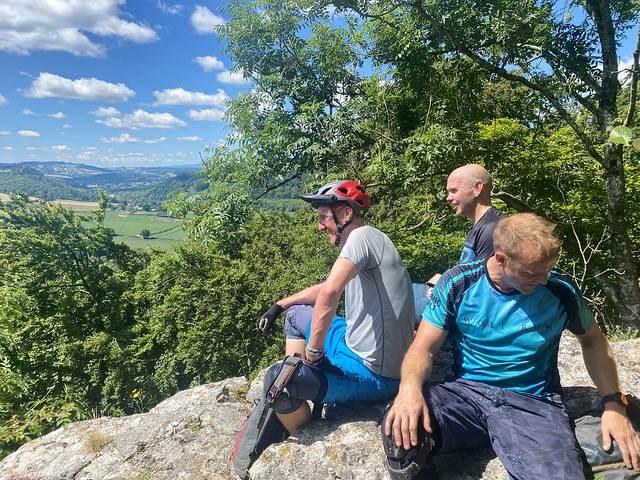 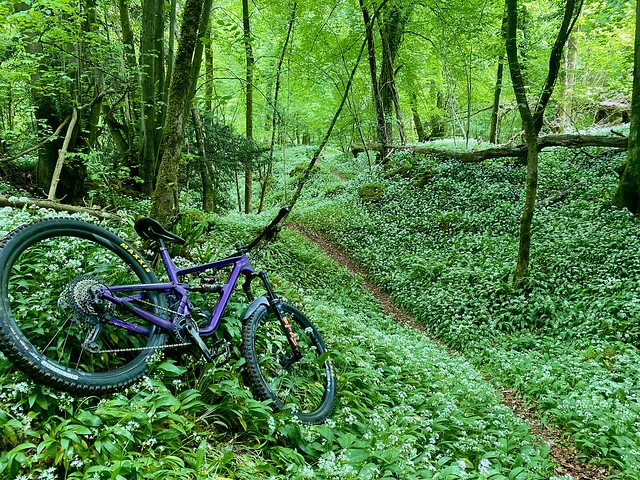 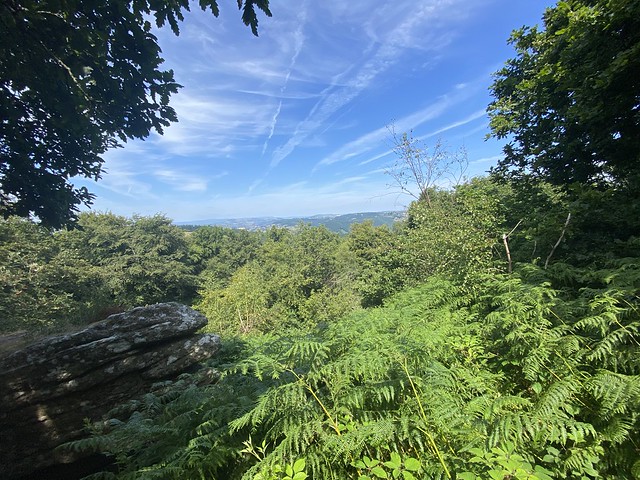 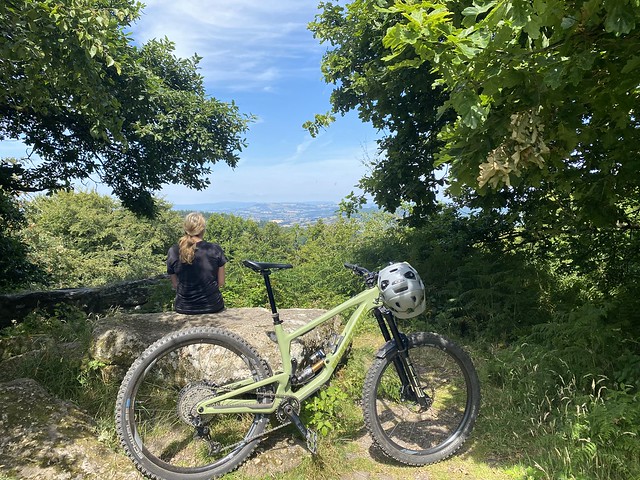 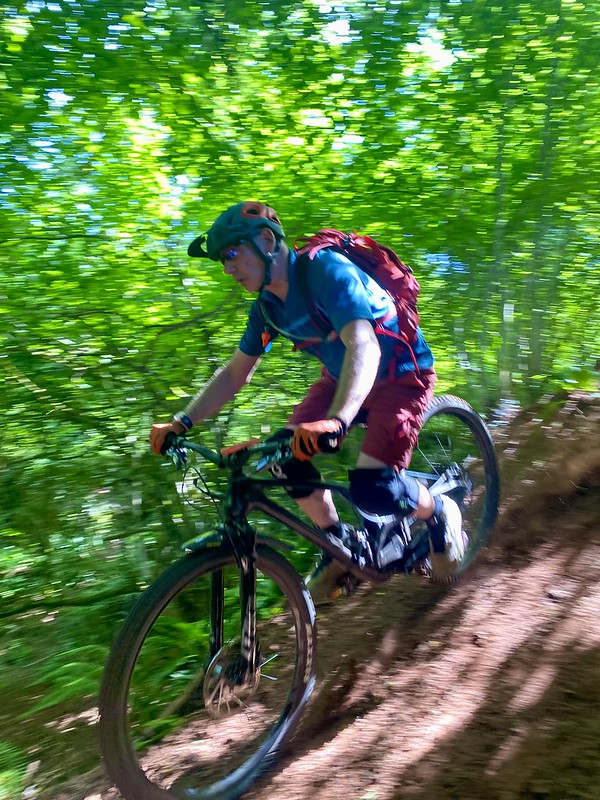 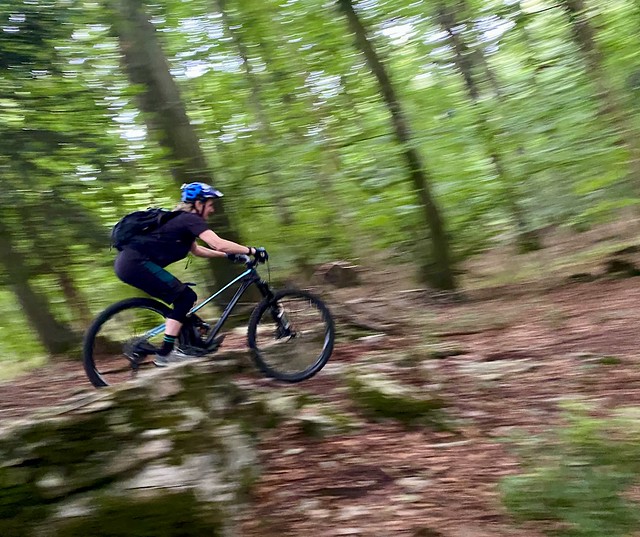 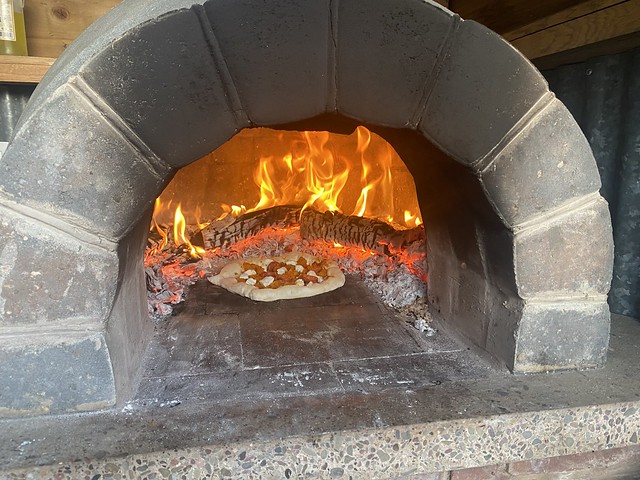 You can check out any time you like, but you can never leave. Eagles had it right 🙂

*looking North, the Peaks are doable just in a day. Between here and there tho not much worth driving for. I’m looking at you Cannock Chase 🙂

**90% of the time I am right on with “Hey more people on bikes, good thing“, there’s something about PAB tho that brings out the ‘For fucks sake, what happened to mountain biking?“. I fully accept this is both ill considered and pejorative. I’m fine with that 🙂

****Fear Of Missing Out apparently. I have 20ish offspring. They explain these things to an old man.