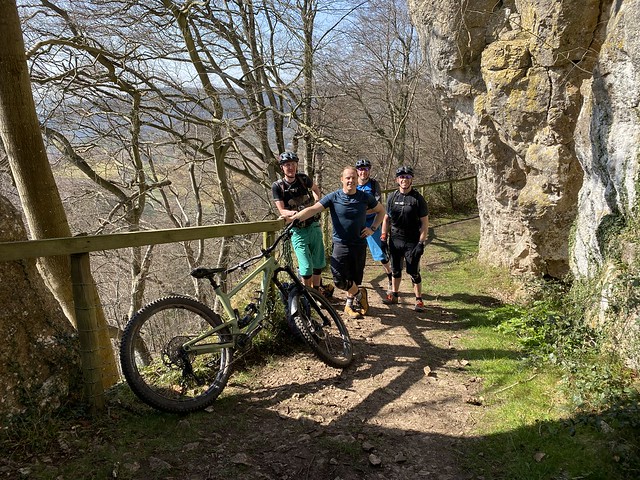 Been a while. Life and all that gets in the way of writing stuff. Most of what passes as content is virtually penned lying wide awake in dark times. None of which passes the 8am-what-the-hell-do-I-absolutely-finish-today test. And behind that existential angst is plain lazy lethargically waving in plain sight.

Still did take loads of photos. Spring naughtily flirted with us and it was all t-shirts and mostly dusty trails. Then winter gave spring a slap for coming too early, and we were back to icy winds and horizontal rain.

So let’s start with things that didn’t happen. Our third tilt at the King Alfred’s way was more windmill than charm. There were reasons. Individually resonating, cumulatively adding up to not much more than ‘it’s cold and wet and we can’t be arsed‘.  So we did something else instead. 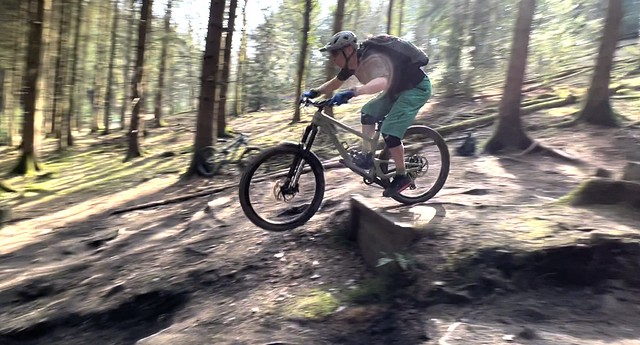 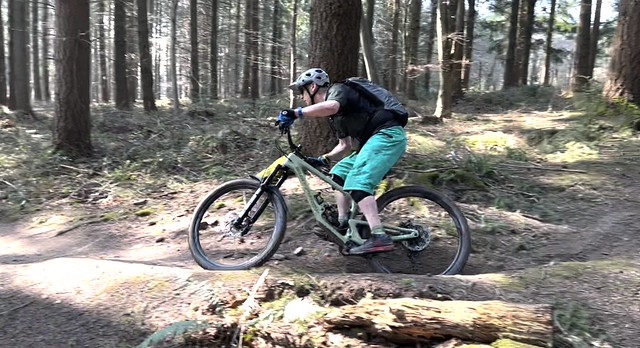 Before that though, this. A more successful third attempt at something – in this case being coached by the never less than fab @katycurdcoaching. Katy did her stuff and I mostly worked on my timing. The sun shone and mostly good things happened. As ever, trying to make them happen outside of that environment is a challenge I’m up for, if not entirely qualified to tackle.

Abandoning the KAW, Adam and I headed up to North Wales for me to burnish those shiny new skills at a couple of trail centres. Sandwiched between was a big day out on the gravel bikes which made me wonder if four days of this might have been another of those challenges eagerly accepted right up to the point of attempting them.  I doubt we’ll find out, it feels the time for this tour has passed so we’ll dream up something even more stupid. Quite looking forward to that. 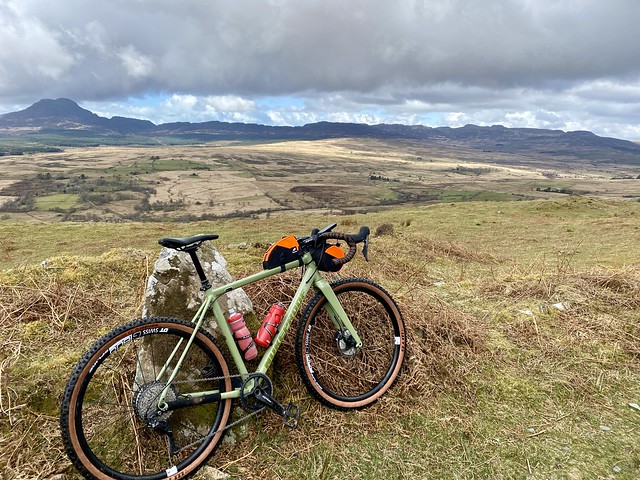 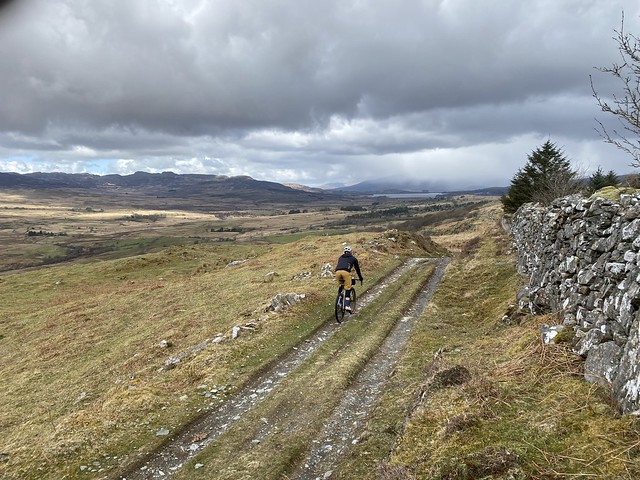 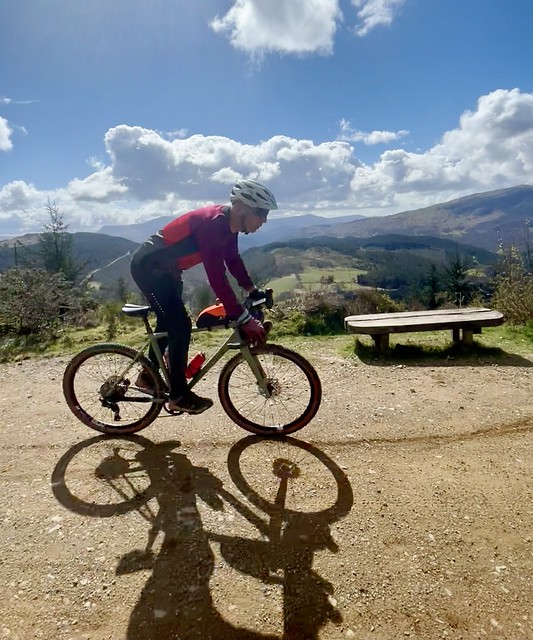 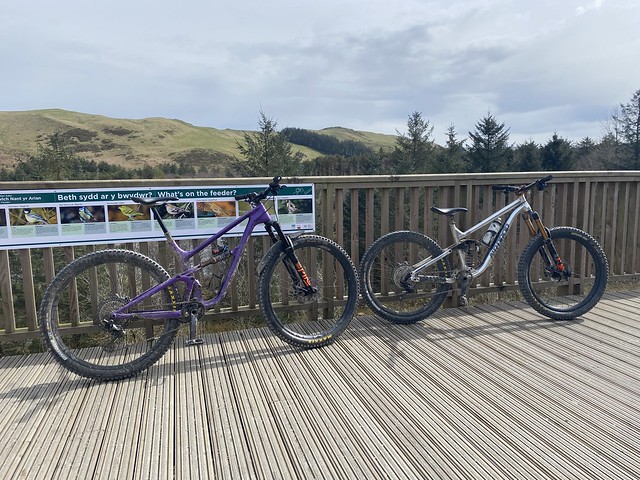 Looking forward is the new dealing with disappointment. Specifically I was more than a little keen to complete a whole ride without being sleeted on. Shivering needed to be yesterday’s problem. More than anything I just wanted to ride in the sunshine and toast dusty bikes from the pub garden. Not wrap myself in every packed layer to combat hail and headwinds.

Someone listened. Unlikely to be the cloud fairy of your choice. Not with he/him being busy with the whole resurrection thing. Logistical nightmare right there. Worse than a wedding “for God’s sake make sure he’s sober, on time and looking the right way” – how hard can it be. And find someone to take all that fish off our hands* 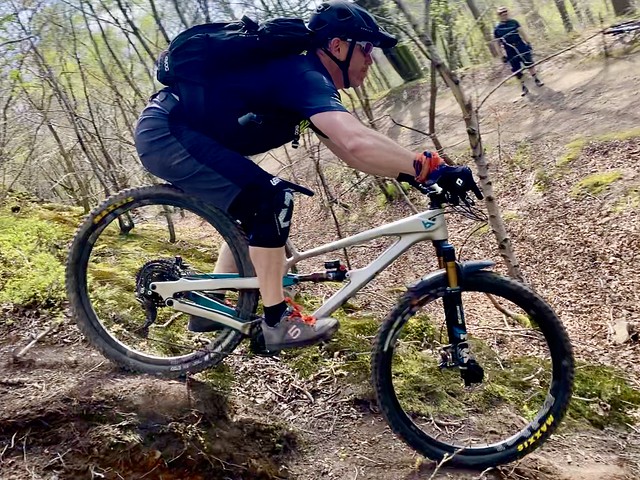 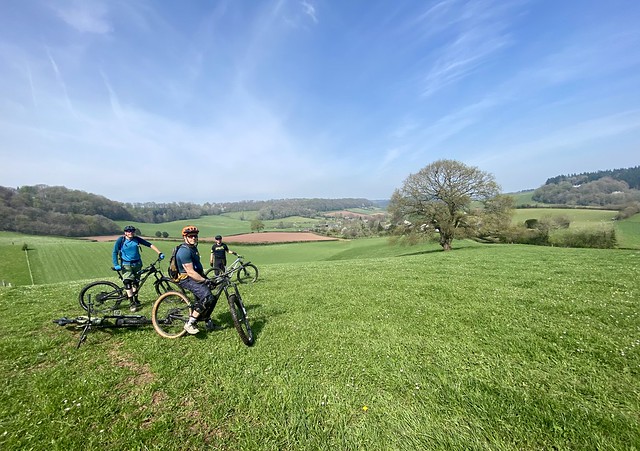 Easter tho. Tradition is more about the resurrection of anecdotes of either a) snow or b) heatwaves.  This weekend we had something a little closer to the latter setting me up for riding four days out of five. Every one was a blast, carving up dry trails, watching the bluebells bloom, heading to the pub for a cold beer and doing it all again the next day. 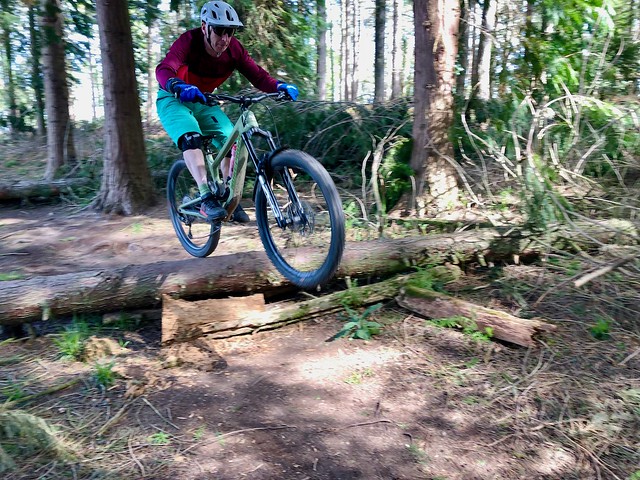 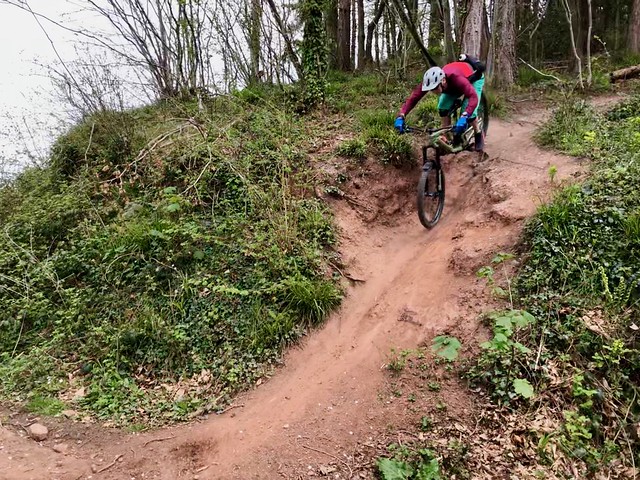 Short of nearly t-boning Dave in a ‘what the hell are you doing on that fire-road‘ situation that ended with a relieved giggle rather than a hospital visit, it’s been a incident free long weekend.

Which is good since in 12 days we’re heading out to Basque MTB** for a week of shuttled riding and really I need every available limb to be in the best condition it can manage hanging on the old withered frame. Swerving COVID is a secondary priority as too many friends have contracted it these last few weeks. 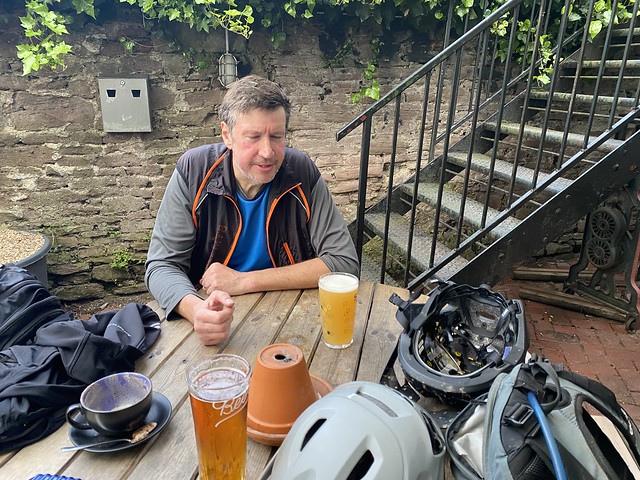 There’s other stuff to deal with. But we all have that. And 99% of the time I know I’m in a pretty good place to make the right choices. Even when those decisions slam up against my own well documented mortality hang-ups. More than ever seizing the bloody moment feels like the right thing to do. Not to create the kind of memories digitally archived by those images, but because there will a time when those are the only things you have left.

The last few months have shown me what that feels like. Second hand but first receiver. The middle aged fella creaking a bit in the mirror needs to find a way to deal with that. That’s more than riding bikes of course, but these last few weeks reminded me – as if I needed any prompting- it’s sometimes a great first response.

2D images are great for what they are. 3D immersion tho – that’s where it’s at.

*yes I know I’m mixing made up stories. I expect this will be brought up, along with many other misdemeanours, come pearly gate time. I am atheist but I’ve still prepared a robust defence 🙂

**I’ve been desperate to do this trip for approximately ever. Still I said that about Finale and it’d rained the entire week. Lightening can fuck right off if it thinks about striking twice.