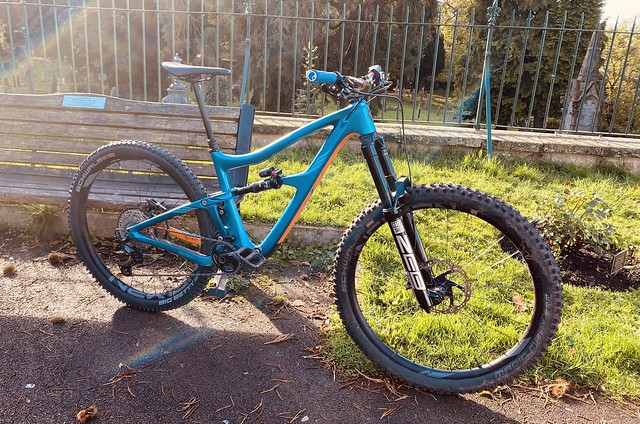 In lieu of starting all the work I airily promised to finish before my holiday, instead I’ve been binging Top Gear re-runs on YouTube. While putting the “pro” into procrastination, I couldn’t help but notice that almost every episode has May telling Clarkson “You dolt, you’ve ruined it“.

This is normally preceded by said dolt bolting on an Spitfire engine onto a Mini or some such thing. I tell you this because of a slight nervousness a similar fate may have befallen the Mighty RipMo. I mean not a Spitfire engine, which by the way would have been AWESOME, more engaging ‘Ludicrously Slack Mode‘.

Casting our mind back a few months, we find the RipMo at the end of an upgrade cycle. Absolutely perfect. Wanted for nothing. First name on the team sheet, etc. Expect it wasn’t the end, it wasn’t even the beginning of the end, it was rather the end of anything within cackling distance of sanity and fiscal responsibility.

There are reasons. There always are. Mostly we’re back to riding in far flung places. Sierra Nevadas in Spain next week* and a Back Country epic with Basque MTB next spring. Such trips provide what I like to call ‘justification‘ for something bike shaped from the shiny cabinet.

Regardless of bikes not being immune from the supply chain crisis, even if I could find something to buy, there was nothing I wanted. I mean sure I bought the Rascal but that hardly counts. In terms of the ‘big fraud’ bike writing cheques I cannot hope to cash, nothing, nada, no idea why.

Maybe it’s because the RipMo is way past good enough in the same way I don’t reach that grade. Or maybe I was sideswiped by an unexpected case of adulthood. I’m really hoping it’s the former. Anyway since I didn’t want to buy an enduro bike, I thought I might as well build one instead.

A sensible start saw the head angle slackened off by just a degree. One is enough regardless of the Internet suggesting all sorts of Frankenstein savagery. Plugged into the slackset up front was a slightly longer fork. Well the same fork that had been Matt’d with a longer airshaft or maybe a spitfire engine. I am, as ever, hazy on details.

These simple changes didn’t change that much. It felt even more capable and maybe a nadge less agile. Neither of which detracted from its general , genial “RipMoNess’. It still felt very connected to the first ride some 4000km and 40 months before.

And now? Well we all know sensible can go a bit batshit.  Pop into the pub for a quick pint only to find yourself ordering a round of flaming Sambuka’s while dancing naked on the bar*. In my case, I was a victim of circumstance after being offered a set of forks with a normal lead time of ‘they’ll put them in the coffin with you”

They are marketed as for the rider who needs the stiffest fork out there for extreme gnarliness, probably involving smashing through rocks the size of houses and a wing named after you at the local hospital. To be honest, I’d feel less of a fraud pretending I could dance naked on that bar.

Having now accelerated on a trajectory heading for crazy town, I went all in with a rear tyre so fat it barely fits between the stays. Leaving me with a high risk of wheel locking disaster if facing a metre of mud or good sized cowpat. Matt’s whirling spanners then arced from front to back putting firmness into brakes and rotation into bearings.

Declaring it done, I whipped it off the stand to calibrate the new parts at the Ross MTB proving ground. That’s two sets of church steps, over the humps of the old crazy golf course, and a cheery hello to the bowls club regulars who regard this kind of behaviour as birch-able.

It feels different now. I think it’s angry. It’s definitely ready for something. Maybe in the way a stallion can’t decide if to clear a ten foot fence or chuck the twatty ballast into the undergrowth. The best way I can describe it is to use a phrase first recorded when tanks were deployed to the Western Front ‘I don’t know what it’ll do to the enemy sir, but it scares the shit out of me‘. 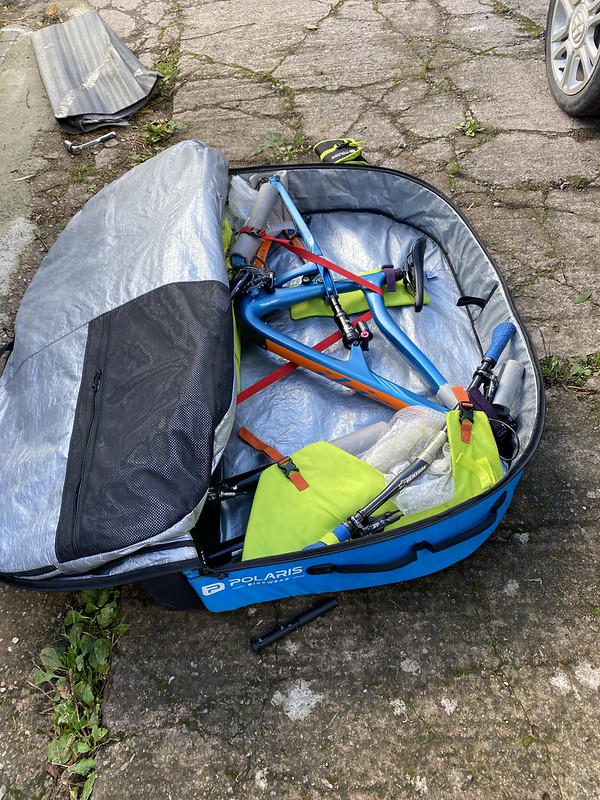 I thought the best cause of action was to hastily take it to bits before it started terrorising Matt’s neighbours or eating his cat. Subduing the bike into its individual components was as much fun as it always is. It’s ready to go to another country but I’m not sure if I need some kind of permit now. “Hello Spain, okay to bring my Sabre Toothed Carbon Tiger? It’s hardly eaten anyone. This week.”

So have I ruined it? Don’t think so. Guess I’ll find out in a week. I mean only someone with supreme confidence he HADN’T ruined his fantastic bike would risk shipping it 800 miles south for six days riding.

Or an idiot. One of those two. I’ll let you decide. In the meantime, welcome to the rebooted SlackMo. Can’t wait to ride it on rocky trails under sunny skies**. I have a feeling it’s going to be emotional. 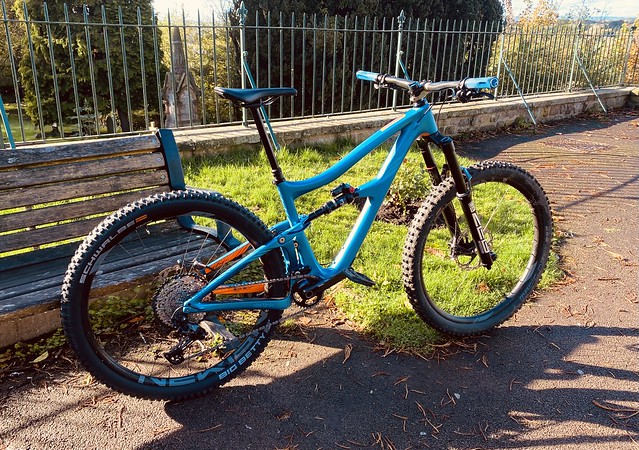 *I mean we’ve all been there. Well I haven’t, but it’s how I expect places like London operate.

**I have sneaked a look at the forecast. If it rains all week, my friends will – rightfully – hate me for triggering an atmospheric river.