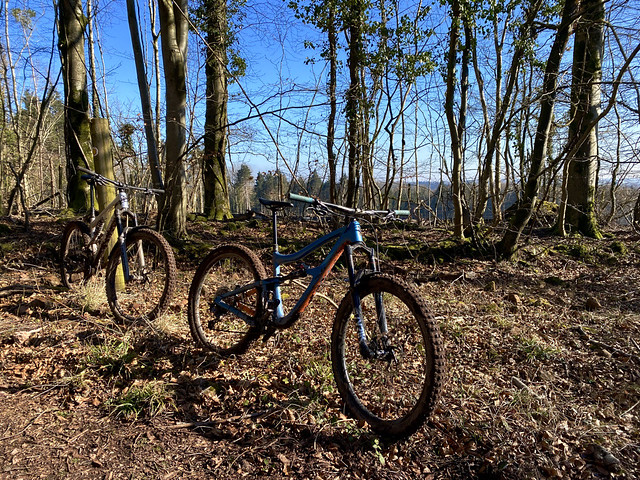 It certainly used to be.

For as long as I can remember* time was indeed money. In the shark infested world of those big consulting firms, billing hours were both an evaluation of your job performance, and the metric by which you got to keep it.

Sacking that shit off over ten years ago, at least some of everything I do doesn’t represent a zero-sum-game financial transaction. There’s doing the right thing and doing the thing that pays the bills. Mostly they intersect, sometimes they don’t, but I’m financially fortunate enough to care more about relationships that money.

What has this to do with riding bikes? Too often I missed rides for what felt like good reasons – stuck in a hotel 200 miles away, and bad ones watching shadows of sunshine tumble down my computer screen.  I should be outside chasing dust motes, but I’m in here chasing money. Or more likely racing against stupid deadlines I’ve breezily set a few days earlier.

Someone once said hope for the best but plan for the worst – I’ve no idea who as I stopped listening after the first four words. I’ve put work in front of riding, but way worse I’ve put it in front of family and friends. And fuck me did I feel righteous about doing so.

Notice the past tense? What’s changed? Oh so many things. Clock of time ticking feels quite important.  Financial security being its’ vulgar twin. That’s a double edged sword tho, one forged for Damocles if you will. I am well paid for what I do, but an employee count of one means zero scale. So new piece of work or an epic ride? There are no easy choices.

It’s easy to declare you’re done with exchanging money for time. It’s harder to instantiate that declaration in the physical world. It’s also a crushingly first world problem lacking any wider perspective. But hey this is me we’re talking about. It’s going to take a while to get better at more than one thing.

Today I got better at one thing. A glorious Sunday blue sky morning felt like Spring may be coming. By 8am I’d written an epically ambitious to-do list for next week. By 9am, I decided that if someone was going to be disappointed in the next seven days, it may as well not be me.

Matt and I rode a well grooved path to the Yat, only this time without the shivery embrace of a long winter. The trails weren’t dry, but they ticked all the boxes the two month festival of slurry failed so hard to do so.  My excitement got the better of me with the first trail nearly being my last. A damp root punted me tree-ward and only an instinctive ‘enduro tripod‘ saved me from shunting into an arboreal halt.

The sun climbed higher and so did we. Accessing trails winter shuts down. Faster, steeper, more committing. You know that whole stuff of life thing. Back on the RipMo, I felt fit and confident. Maybe five months of Hardtails and four months of Zwift has slowed the inevitable decline of that soon-to-be mid-50s demographic.

Or maybe it’s in my head. Doesn’t matter, the bike feels amazing, the trails are giving up a little of their spring bounty, and I’m keeping Matt in sight if not entirely honest. For glorious minutes I completely forgot the choice I’d made. It didn’t feel like a choice at all, it just felt like the sodding obvious thing I should be doing. In other news, this is why riding bikes are the antidote to procrastination.

We made grand plans to ride all the fresh-dug trails visible from every fireroad. A year of lockdowns has been a boon to the trail-pixes. We finish though on an old favourite. Steep enough to be fun, off camber enough for its’ obvious non-dryness to punt it just on the right side of exciting, long enough to reboot muscle memory.

Matt led the first half, I nipped in front to gimp for his GoPro. It’ll probably look flat and slow, but if you think that matters, you’re drinking the wrong Kool-Aid. I was mainlining 150 beats and words per minute as we skidded onto the fireroad. Even passing our favourite closed-up-tight pub failed to dent my happy countenance.

It’s coming back and it’s coming soon. And I’ll be ready. I’m done with making excuses, choosing the wrong option, saying no to the wrong people. I’ve even bored myself with ‘I don’t know how much time I have left to properly ride mountain bikes‘. But that is so obviously the wrong question.

The right question is what am I going to do with that time?  Make excuses? Take the easy can’t be arsed option? Exchange it for money? Absolutely not. The bad news is time flies. The good news is you’re the pilot.

*which nowadays may extend to what I had to breakfast but not far beyond. After which it’s a request sent down to deep storage which may elicit an answer many hours later**

**Normally around 2am sitting me bolt upright in bed exclaiming ‘That’s right A Flock of Seagulls 2nd single was Telecommunication. Excellent. Remind me why that was important”