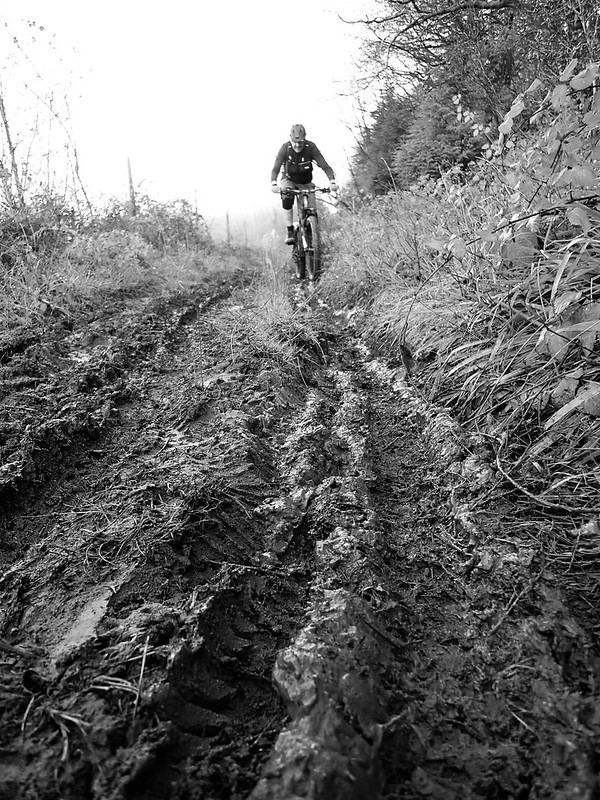 It’s hardly California is it? That’s a climb, come Spring, we yomp up with nary a care. And then freewheel down the other side.  None of that is happening this winter. Or any winter really, but endless wet has replaced proper cold and the Forest is dead and sodden.

Which doesn’t mean it still isn’t some kind of type 2 fun. It must be because that climb is part of a 55km route I’ve already ridden 4 times in 2020. It started off a bit wet and has seamless transitioned to what you see there. Climbing is a proper physical challenge, descending more of a mental one.

As my mate Steve summed it up rather neatly ‘the mud adds mass to your bike while simultaneously reducing grip’. There’s been much sideways action, and not a little crashing. After some initial grumpiness at the endless clag, I’ve found myself almost enjoying it. Especially when someone else is crashing. Or we’re in the pub.

The bike/kit/human cleaning process is getting pretty old though. The floor of the ShedofDreams resembles a very large planter with soil from all corners of Herefordshire covering every surface. The greasy conditions have weaponised the Solaris’s drivetrain as its segued from worn to knackered. Sharp edges shot blasted with grit still somehow rotate under power. I’m hoping it’ll last a bit longer as replacing it now is about as fiscally prudent as setting fire to tenners. 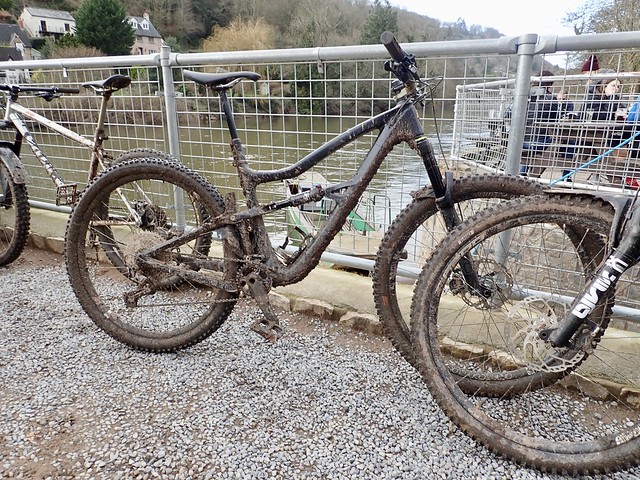 Yesterday was another tough ride. Because I’m an idiot with delusional meteorological aspirations, I re-introduced the new Ripley to the Yat. Four rides that bike has had and never has it been clean for more than 30 seconds. Not helped by my refusal to furnish it with anything other than token mudguards. 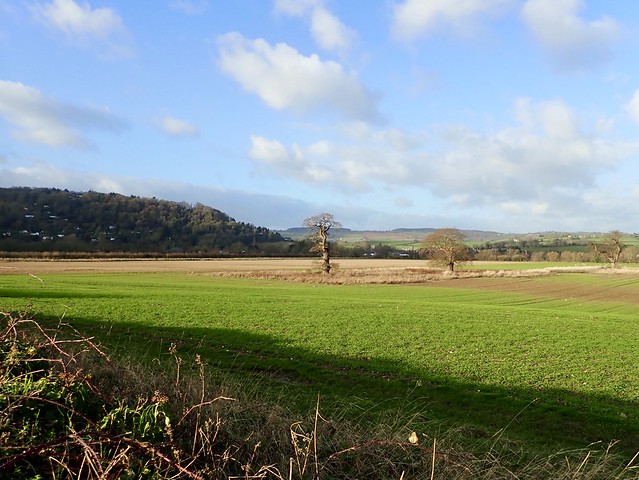 Not a problem I thought. It’ll be a drier than last week. Which by a narrow definition it was. The mud had dried to that most horrible of slop which fills tyres and clings to the bike.  Motion under pedal power was primarily in any direction other than the intended one. Motion under gravity was more of the same except with significantly more terror and crashing. 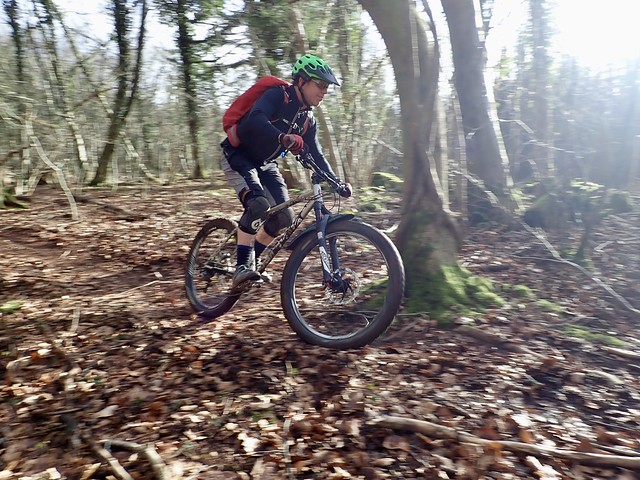 We’d barely ridden a downhill trail before man and bicycle parted company in the most comedic of circumstances. The grip was variable. By which I mean between ‘not much’ and ‘absolutely fuck all’. You had to commit to get the tyres to bite, but if they didn’t you’re eating that same dirt. 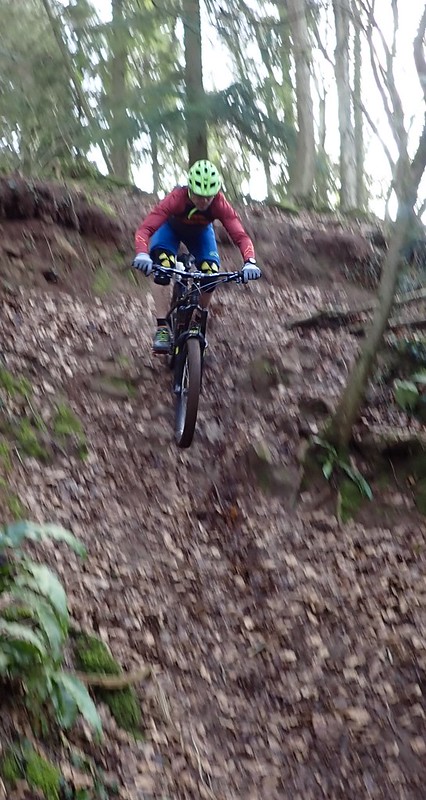 Having already thrown himself rather ostentatiously to the ground, Deano couldn’t wait to re-interpret mountain biking through the art of creative crashing. I had just navigated a tricky steep and greasy chute when behind me there was the sound of accelerating rider interfacing with local shrubbery.

I then had to dab as I find riding and laughing hard to do at the same time.  Deano emerged blaming a lack of rear brake. Usefully a tree had provided a second front one. Learning from his mistake, he then abandoned any form or retardation firing courageously into a small rock garden. I was right behind him and, while keen to have a go myself, couldn’t see an option that didn’t involve riding over a now prostrate Dean!

Haydn being the caring sort of chap he is, decided that Deano really needed the kind of company that only misery can supply.  So he collected most of a tree in his front wheel before physics did her thing and pitched him over the bars and into the soft earth. He was unhurt having luckily missed the rocks either side of his landing spot. 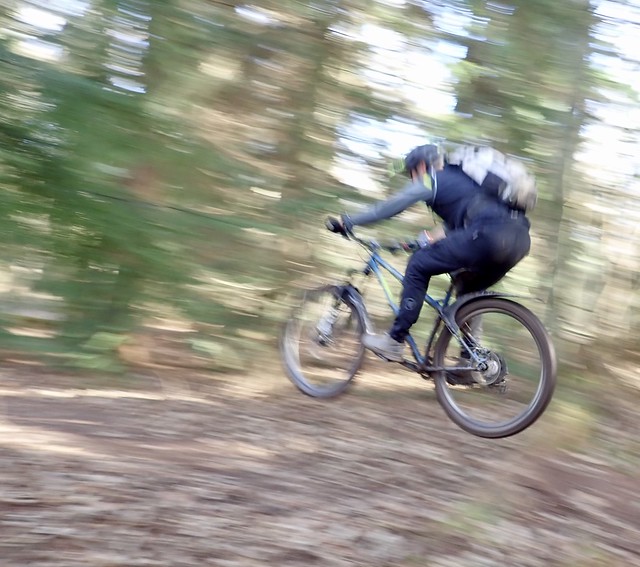 This sort of set the tone for the rest of the ride. Struggle uphill on trails deep-rutted in viscous nastiness before descending with all the grace of a fridge on a roller skate. This was fine because the sun was shining and everyone seemed to be having a good time. 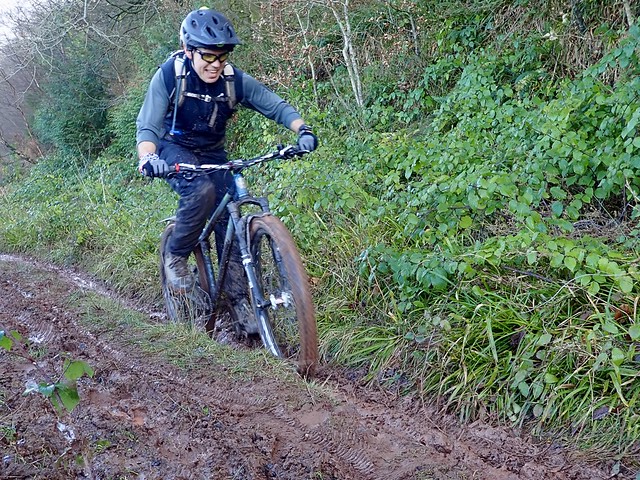 Even me. I’ve still no idea what the Ripley is like to ride ‘properly’ but it held it’s own – and more importantly it’s rider upright – over four hours of slop-induced silliness. This silliness peaked after Cez performed a ‘bicycle tango’ on a steep loamy corner.  While not hitting the ground, we couldn’t help but notice he appeared to be pirouetting around his bike with no obvious end in sight.

Eventually he wrestled the recalcitrant steed back into some form of known dimensional space. The dab committee did not need to sit. He had not so much dabbed as danced down the trail inconvenienced by bicycle.

Which seemed an apposite time to head to the pub. First tho the last two descents including a perilous stream crossing and a rocky gulley filled with damp limestone. I followed Steve down the latter asking him if it was a bit bumpy on his hardtail. It was lovely riding a full-suss again even if every bearing was crying out for mercy. 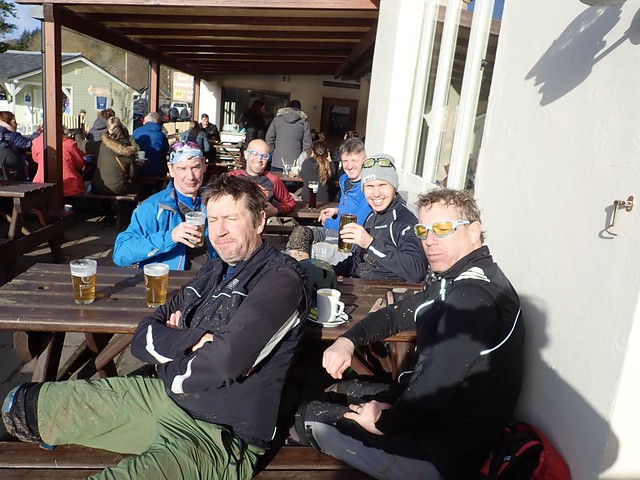 Seven riders were muddied by unbloodied as the pub hoved into view. Two were celebrating the end of dry January*. All of us were toasting the start of Web February.

It was a good day. We’ve had many good days already this year. Riding in winter is mostly a state of mind.  Set the bar low and you’re almost guaranteed to have a great time. And every week we do it brings Spring seven days closer.

Until then, bring on the slop.

*not me obviously. I thought about it. Over a pint.