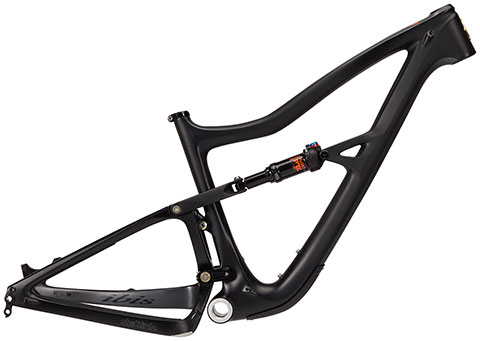 So many things to write. Oh you’re in for such a treat. A heartfelt treatise on the wonders of modern telecommunications, a head banging rant on the inadequacies of train companies before a return to rehashing old campaigns – to whit riding in the filth.

I bet you can hardly wait. Worry not because come the intersection of the Christmas break, guilt free hedonistic wine abuse and boredom, that whole stream of consciousness shall pore forth onto this electronic page.  Regular readers translate that as ‘grammar tortured through the lens of a delusional  Tourettes suffer marinated in a decent red.‘

I’ll do my best to meet those lofty expectations.

Back in the midst of time I exchanged a bike I didn’t really like for one I wasn’t quite sure about. This has gone as brilliantly as any human within flailing distance of sanity could expect. It’s been built, admired, occasionally ridden, borrowed and outed as bit of a violent bastard.

This is not why I’m moving on. Oh I wish it were. But rationale has no place here. Or before here come to that. Hiding in plain sight on my desktop is a pantheon of discarded bikes spanning twenty years. All 49 of them.  There’s some proper analysis to come*, but the headline numbers are trending towards the Enron scale of false accounting.

Some of me believes this is exactly the form of catharcism required to trigger a change in behaviour. The rather larger part is thinking ‘Fuck me, what a ride, you think that was stupid? Well HOLD MY BEER and watch this!’

Watch what? My desultory efforts to triage a to-do list entering the fourth dimension were interrupted by a desktop ping timed at 0916. Some eight hours later I was the happy if somewhat confused owner of another Ibis frame. These chronological events bookmarked a text transcript best thought of as extended therapy.

I feel some context may help here. A week ago I’d postulated** that pointless bicycle acquisition was now happening to other people. Those marketing types were dead to me. The shedofdreams(tm) could now be considered a museum such was the lack of purchasing activity.

Smug-mode on basically.  Until that 0916 ping. My good mate and proper accountant Adam sent me a link to a new version of something I already owned. 20% off the latest model. 29inch wheels. Carbon. Lovely looking thing. You should buy that. I should probably explain at this point that Adam is our company accountant.

Let’s assume then this wasn’t professional advice. I wasted fuck knows how long watching videos and tying mental knots. Did I need a ‘third way’? Something between the playfulness of the SolarisMax and the scenery stomping prowess of the imperious RipMo? Into a gap the keenly priced Orbea fell, but was rarely first or even second pick.

Trying this adult thing, I concluded a bike with almost as much travel as one I already had was hardly the ‘void filler’  I might be looking for. And what is that? Ah glad you asked, and you’re still with me here. Sometimes I think no one gets how important this is.

90% of what we ride is hardtail friendly. A bit more if you’re a bit good. A bit less if you’re like me. Big bikes can work but they lack the immediacy, the agility, the poise of something with a bit less travel and quite a lot less weight.

I accept this is prising open a niche which may only exist in my head. Still once that idea takes flight there’s actually not that many bikes which fulfil the brief.  There is one tho and it’s from the same stable as the RipMo. It shares the etymology, and a little more of the history.

From XC bike to trail bike in four evolutions. At least one of which Adam has broken. He’s still keen for me to buy one. After further investigation elbowed aside other peoples deadlines, I was inclined to agree.

It’s not however a premise which stands up to any kind of logical probing. The kind that Carol is very good at. She was admiringly stoical as I attempted to make the case. Although ‘case‘ might be stretching it a bit. It was more ‘see that, lovely isn’t it, 20% off today, it’d make me very happy‘.

We consulted various spreadsheets of doom representing wide ranging commitments to important stuff, and concluded a Ripley could be squeezed in. Assuming I didn’t go ‘full supermarket sweep‘ with a virtual ram-raid of a well known on-line bike store.

No danger of that. I shall asset strip the Occam in exactly the same manner as the donor bike before that. It’s not like this is new to me.  Shiny parts look good for exactly one ride. We’re not making art here, but we might be making something rather more important.

Whatever it is, let’s be clear this is extravagance barely tempered by common sense. There’s no quantitative metric to ascribe buying an expensive frame as offering any kind of return on investment.

Sure no metric, but this is to confuse cost and value. Being lucky enough to invest in possible futures is a whole shit load better than wondering what might have been.

I know it’s stupid. Carol knows it’s stupid. I am troubled by feelings of guilt. But fuck me riding new bikes on sinewy singletrack with your mates is never going to get old. Until I get too old.

I’ve said it before but it absolutely bares repeating.  There really is no point dying wondering.

*Yes it’ll be showcased on the hedgehog. Again I apologise for excitement deferred while I get my regression analysis shit together.

** to the normal riding crew who responded with a combination of heroic stoicism and mild hysteria.