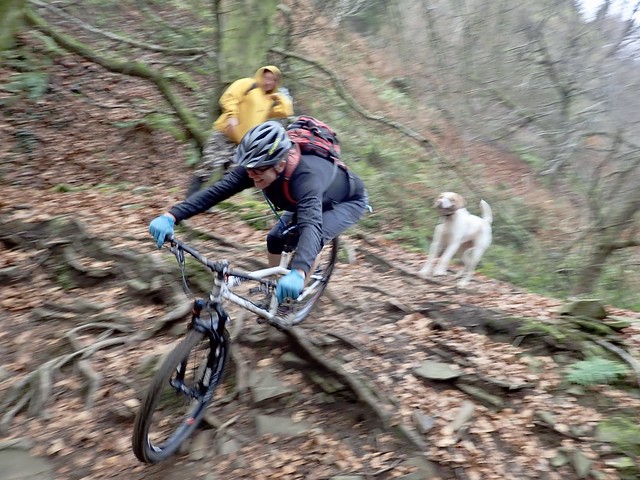 This is Seb. Seb is both my good friend and the editor of the fantastic Cranked publication. Full disclosure here, Seb pays me to write for that magazine. This, however, is not the basis of our friendship.

We share many things. The love of hardtails, the hatred of modern politics. The understanding the eBike genie can’t be re-bottled.  The analogue worry that the digital world is debasing our hinterland. The acceptance we’re not the people whose opinion matters.

What we share most is the joy of riding bikes. We’ve both be at it rather longer than we can mostly remember. But we are not the same. Seb is a rapier – he’s old school quick in un-bermed turns, and gigglingly expressive when the trail rewards handling skills over grapefruit confused for bollocks.

I’m more of a thug. That tight and twisty stuff is all fine and everything but my rocks are getting off on, er, rocks. Wider trails, stupid lines, hang on and hope, take a bead on the far horizon and trust in the awesomeness of modern bikes.

Some of this is where we grew up. Seb cut his teeth* on bar wide singletrack navigated by eyebrow twitching bikes short on fork travel and long on terrifying angles. Me, I was more stemming arterial bleeding when a short terms skills crisis overlapped with some rocky madness in the Peak District.

We’ve both moved on. To be fair I’ve moved on a bit more with my bike rental scheme. Seb’s old job involved testing hundreds of bikes which stayed the collection of his own fleet. My pursuit of stupidity spun the revolving door of the ShedofDreams at such ludicrous speed, I can barely remember what I own anymore.

It’s no surprise tho that we meet at Cwmcarn on a cold November’s day unpacking modern hardtails from warm vehicles. Seb’s missed out on a whole load of riding this year, so the plan is for an easy circuit of whatever is currently open. Larch disease has decimated the UK and this valley hasn’t escaped. 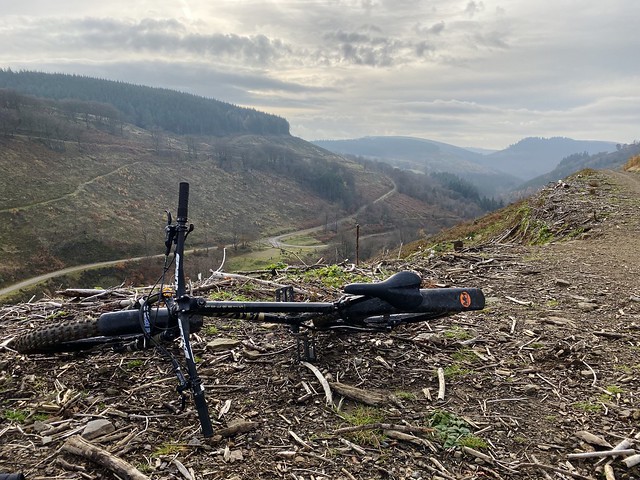 So we’re climbing within the trees but it’s not long before the bleakness of clear-felling** makes that climbing just a bit more miserable. Trees hide the gradient, while a barren hillside mocks your puny efforts with a summit appearing impervious to the physics of mechanical advantage.

One such concession to the properly knackered is a 5-metre rocky descent we ride a few times for the camera. It’s fun to be on my side of the lens with Seb throwing appropriate shapes while I fail to remember all that stuff he taught me ten years ago. I probably need to go and climb a tree*** 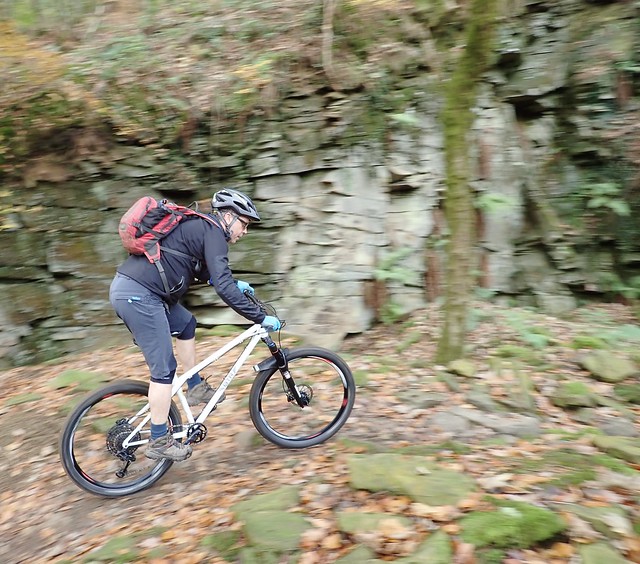 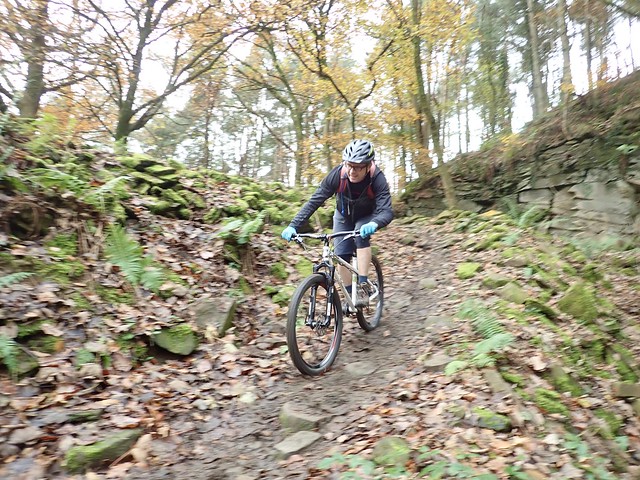 The descents are fun. Missing the BMX vibe latterly infecting the trail building community.  I’m six weeks out from riding my Solaris, so re-calibrating for hadtails makes me clumsy. I get back to it soon enough tho.

Even with a long fork, this is a switch-y bike. Push it into a corner and lean into the carve. Spot a mess of rock and rock back a tad so the fork can do most of its stuff while your legs do the rest.  Crest a rise with extended limbs and feel the front go airborne.

Yeah we agree hardtails rock.  We talk freelance life, the guilt of not working, the futility of anxiety, the anger of politics, the pointlessness of giving a shit and the importance of doing so. We’re at an age when we wonder if this is as good as it gets. We worry we’ve maybe missed the point.

And then we sit on a hill looking across the devastation of a forested hillside and we fade to silence. There are many things which are important, but right now all that is important is being collected in our optical nerves. If we missed the point then that’s okay because in this moment that is more than enough. 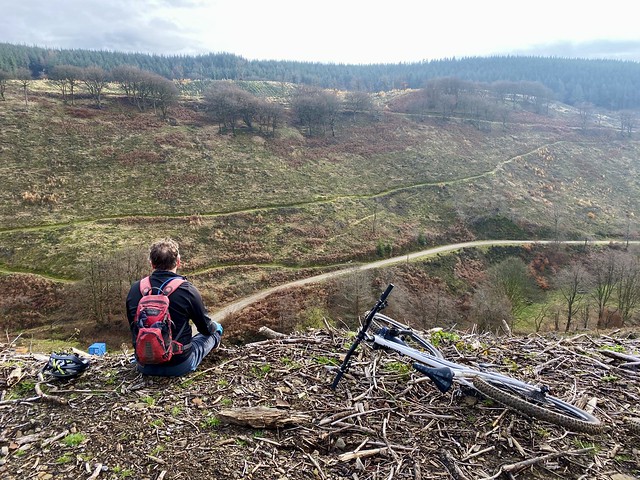 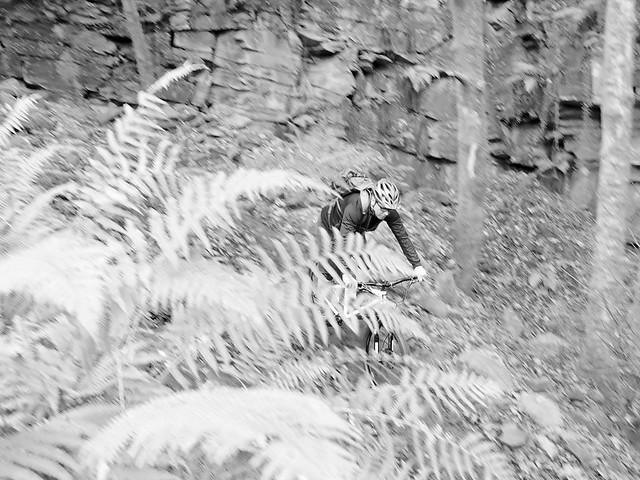 Seb’s got the same vibe. We hit the last decent a little weary and maybe just a little more cautious than we might have been a few years ago. Like that matters. It’s a combination of high lines, bracing for braking bumps, flat out corners and something close to the abandonment of risk management.

The car park is a happy place. We retire for tea and medals. Soon we’ll do this again. Not because we are lucky enough to fit riding between working hours but because we should.

Both of us chose a path of self-employment. It’s becoming clear what we failed to do was to choose a path of self enlightenment. If that sounds like bullshit it comes down to this; ride my bike or make some money.

**and a fire three years ago which even now blights the landscape with charred stumps.

***No photoshoot with Seb even ends without someone hanging precariously out of a groaning branch.