The problem with that web site is its’ lack of editing functionality. And a MaryWhitehousen tolerance for profanity. The former showcases my lazy proofreading and questionable grammar, the latter cramps a writing style essentially scaled out from the word ‘Fuck’.

So here we are. At sea level with 425km to go. Before embarking on our epic-lite journey, let’s take a moment to remember how we got here. Read that? Right, we’re almost ready.

From the header image, the navigationally proficient will have correctly identified our direction of travel as South to North. This is unquestionably the right way, even though it is uphill*.

As neither Adam or I have those navigational skills, we made extensive use of GPX files and an old school guidebook. Adam further invested in one of the Sustrans maps which provided valuable only in lining his seat pack for five days.

The day finally dawned. After much worrying over a deteriorating forecast and my lack of any useful preparation, the waiting was over. Dropped off by the Wales Millennium Centre, we dodged the University graduation ceremonies to snap the obligatory ‘start here‘ photo. 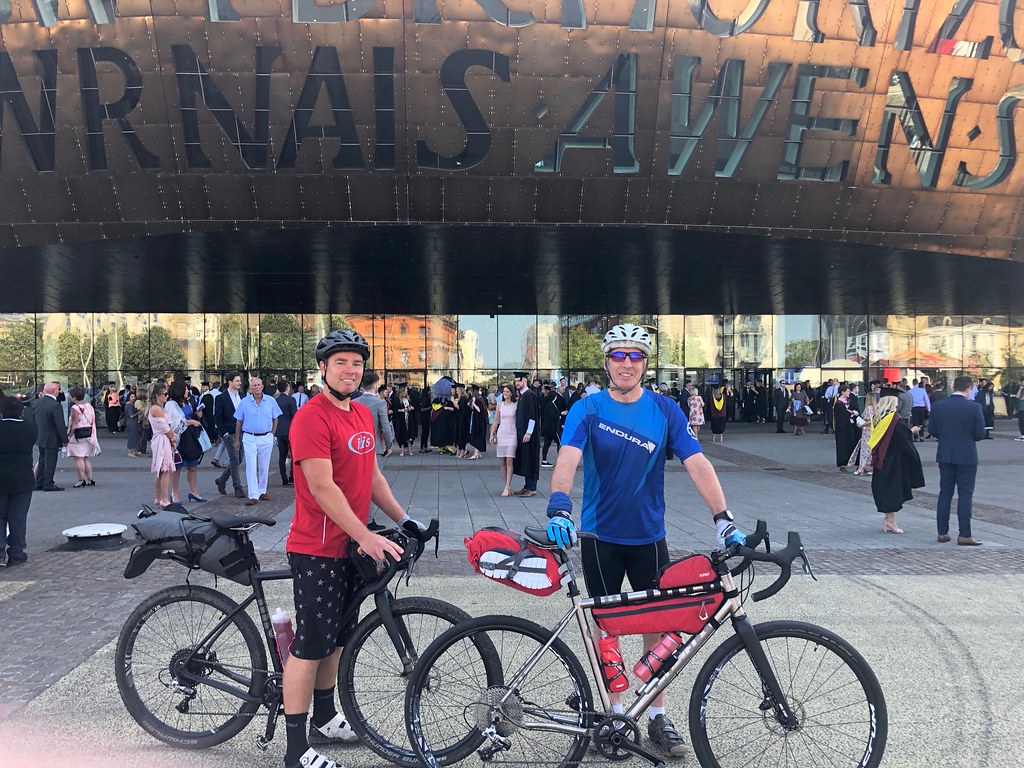 First objective achieved and by pure luck we stumbled onto the route after excitedly pointing out the NCN8 sign. All went well for about 3 minutes until predictably we got completely  lost. This despite a verified GPS route loaded into Ad’s Garmin 800 and the sam present on my phone via the ‘BikeGPX’ app.

Over the week we became pretty skilled at hunting out blue and white signs or interpreting what the map was trying to tell us. Today however was a voyage of discovery. Sometimes discovering the same bit of car park from a number of different directions. 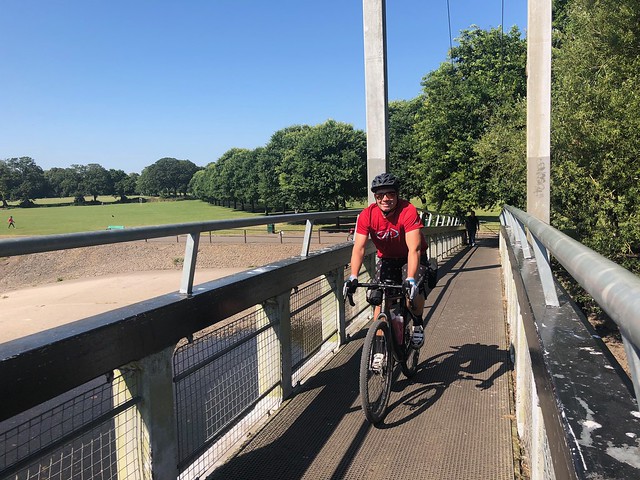 Having run out of alternatives, we transited under the A4232 to enter Hamadyad Park. Well this was unexpectedly lovely. Away from the traffic, we relaxed a bit enjoying the sunshine reflecting off the river. With no idea how fast we had to ride, there was limited time for hamming it up over the first bridge before passing behind the stadium and Cardiff Castle.

The Taff trail is fantastic way to exit the city. We shared it with (mostly) cyclists beyond pensionable age enjoying the sunshine and avoiding cars, other than a few well signed road crossings. Passing under the M4,  we joined the old railway track and had our first experience of ‘how fast dare I ride through these shoulder high barriers‘. Not as fast as I thought apparently as I bounced off the second one. 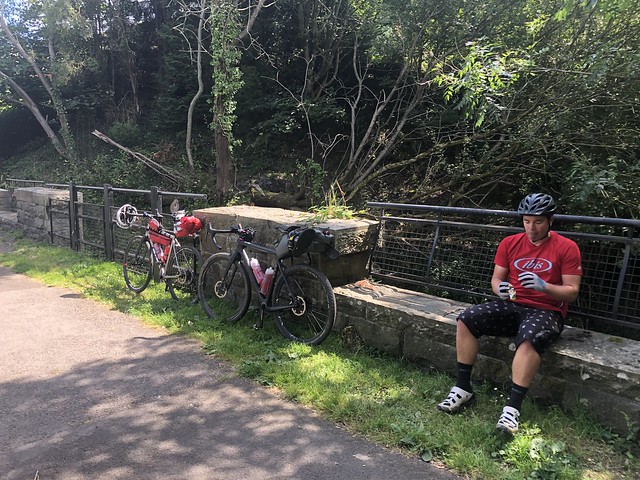 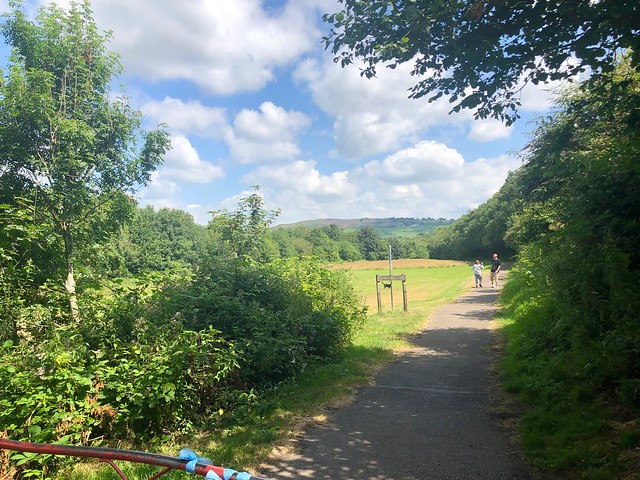 Time for a break then after riding for about 2 hours. Forecast suggests today is to be the sunniest of the week, so we’re determined to enjoy it. While still having a bit of ‘destination’ anxiety’ meaning stops soon become starts.

Now though we had a different problem – where to find a much needed coffee hit. Pontyprid was not that place. Blimey it’s a bit depressing especially when you consider its hayday in the age of coal. We quickly scooted back onto the disused railway line until the equally dispiriting Merthyr Tydfil appeared on our right flank.

Rather than descend into that madness, we popped out onto a minor road looking for a local café. Found one only opened six weeks previously, which might explain why the till was something of a mystery to the proprietor. 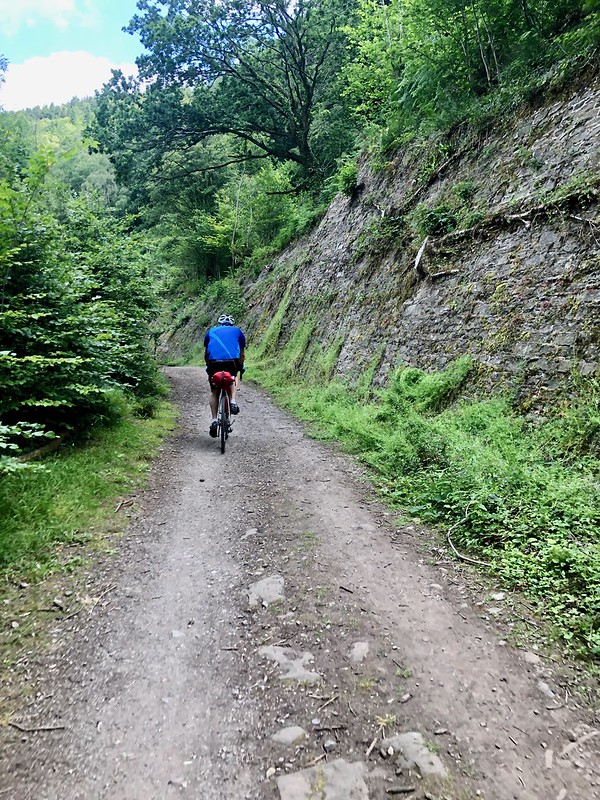 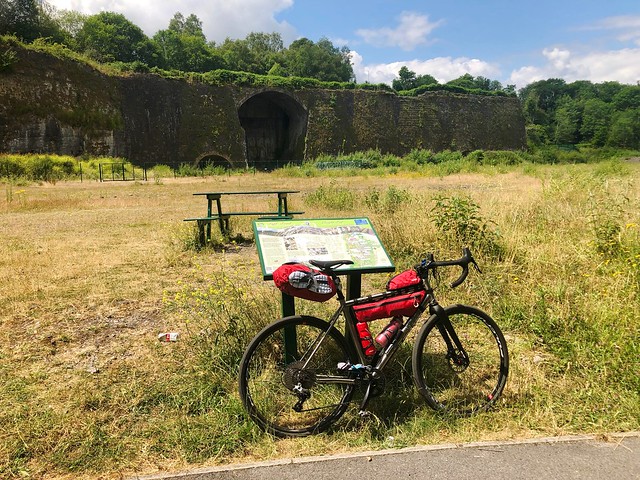 Sustained through the magic of a chicken baguette and impressed by the 80+ year old fella we met who was still cyclng every day, we started the first proper climb near the Cyfarthfa ironworks. Another relic of a different age where heavy industry dominated these valleys.

The scale of it was such it proved almost impossible to get your head around how vast the site must have been. Although that distraction didn’t last long as we headed into the Brecon Beacons – a landscape I know reasonably well from many years campaigning  mountain bikes up and down these hills. 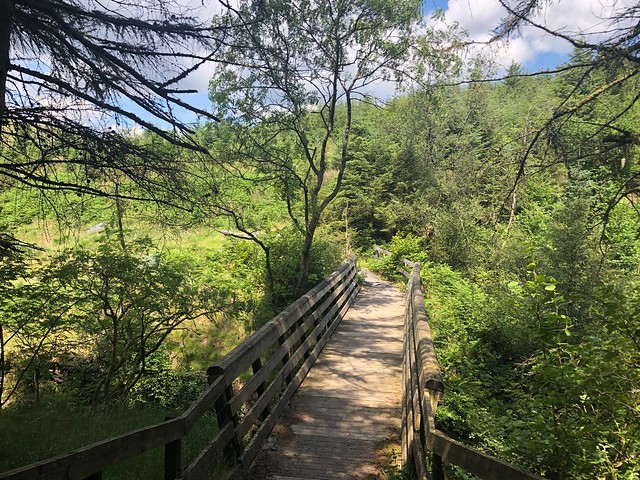 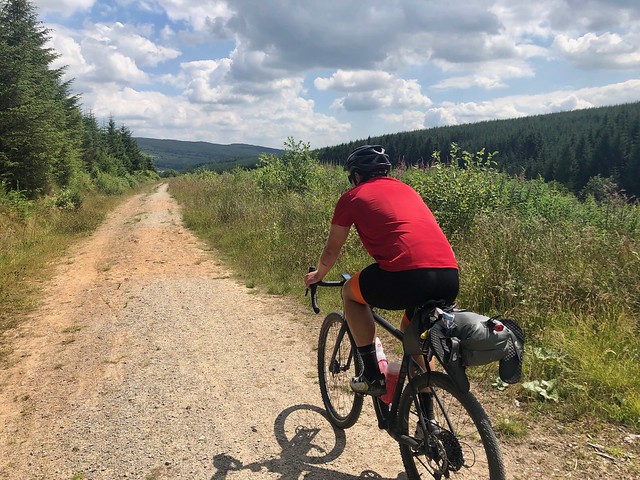 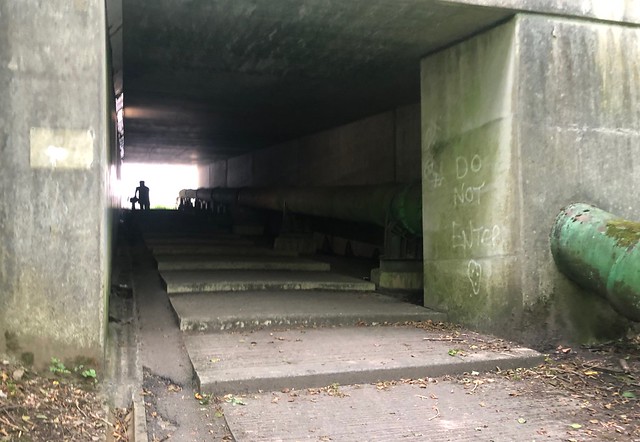 We came at it a different way but the two reservoirs (Pentwyn and Talybont) were familiar. The riding wasn’t familiar at all –  being  a combination of long gravel tracks and shorter punchy road climbs. Here I suffered the first loss of the trip – the light off the pack on the 5 mile shallow descent (on the old Brecon Railway) line past Talybont dam. 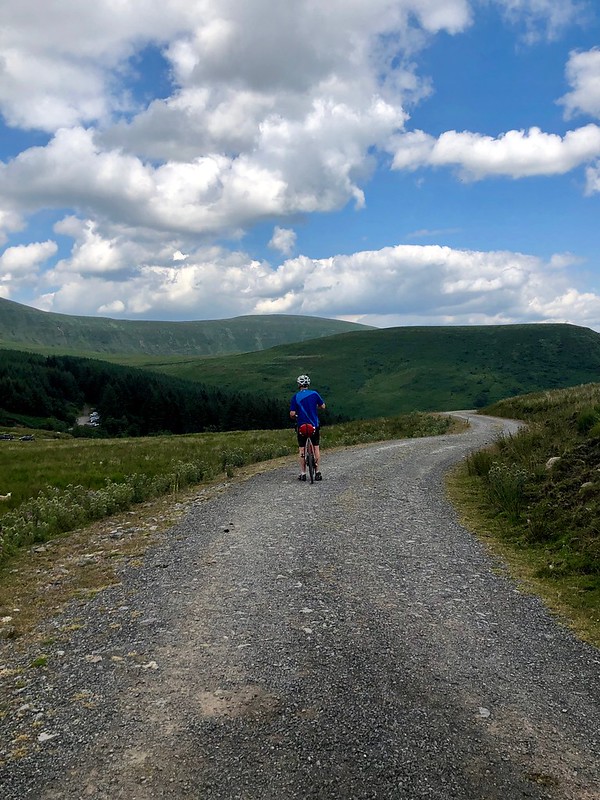 The bikes for this kind of terrain are  brilliant, really glad I wasn’t on super narrow road tyres pumped up to 100PSI. We were comfortable descending at reasonable speeds with marble-y gravel pinging off the frames.  Looking across the dam, I  recognised the trail we climb on the classic gap loop over the other side of the valley. Strangely I wasn’t that bothered to be missing out on a mountain bike ride. 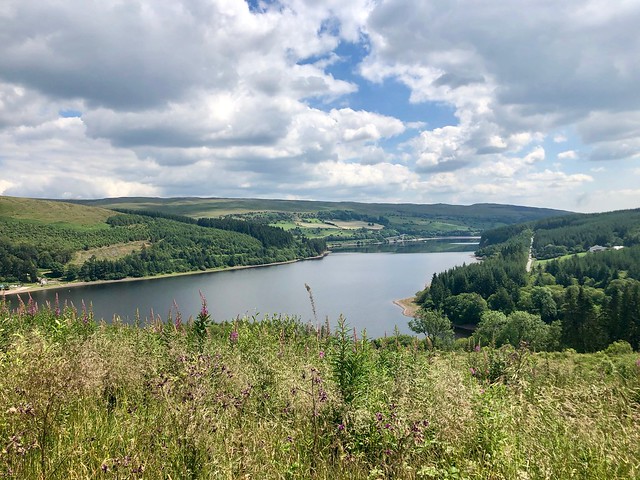 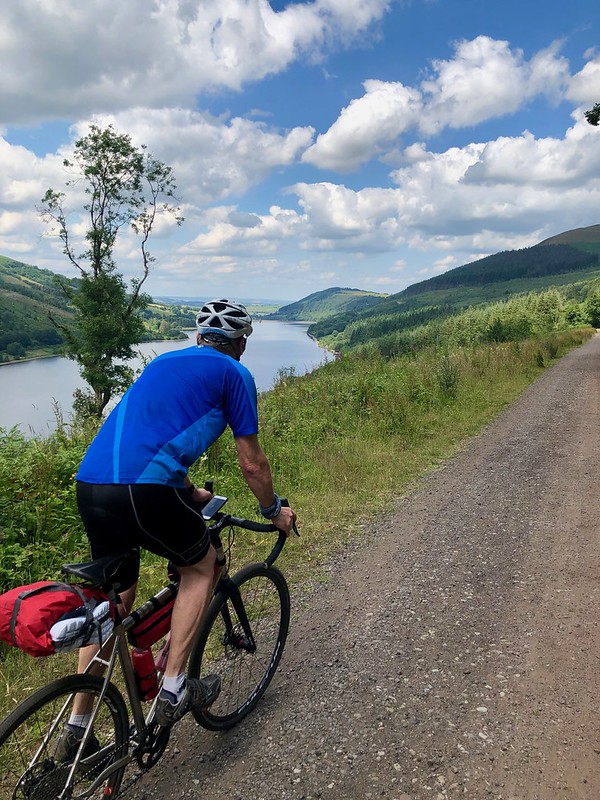 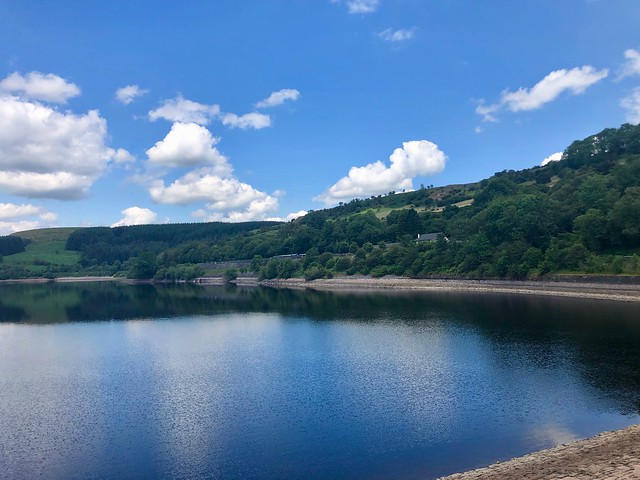 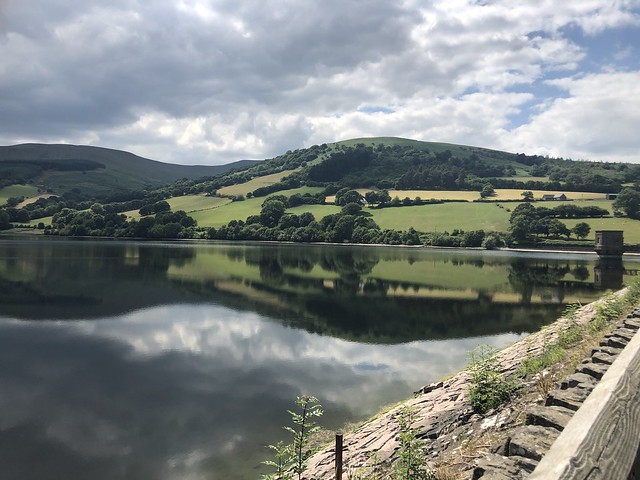 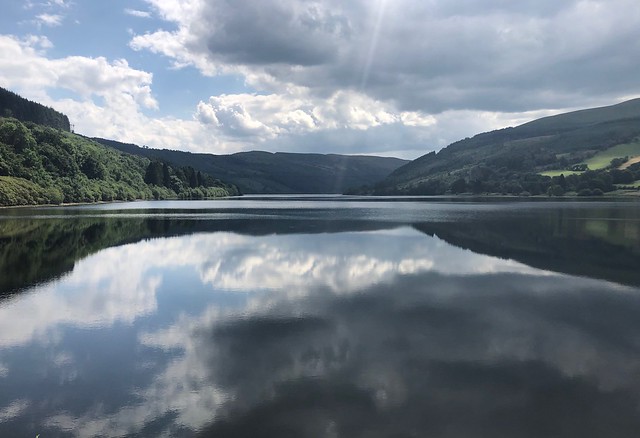 After those amazing views, it was a bit of easy road work to reach our first nights stop via the Brecon to Monmouth canal. 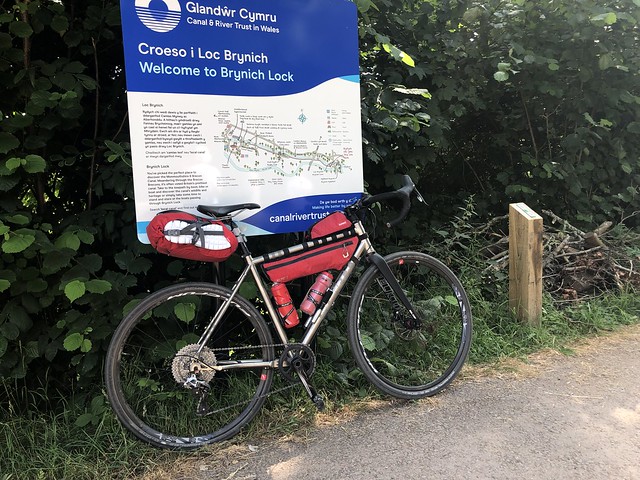 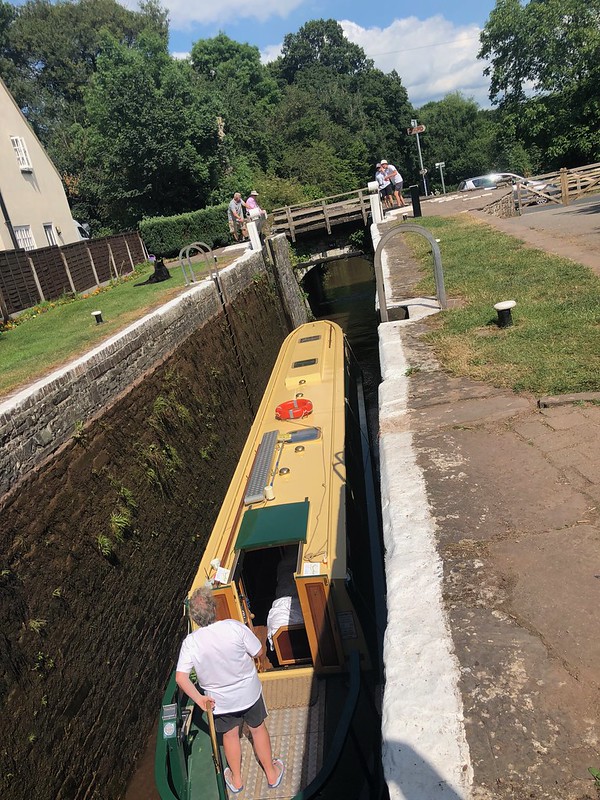 At the end of which my thoughts could be summarised as ‘bloody good fun, glad first day is over and I’m still able to pedal, but my arse hurts tho and I really need a beer’. 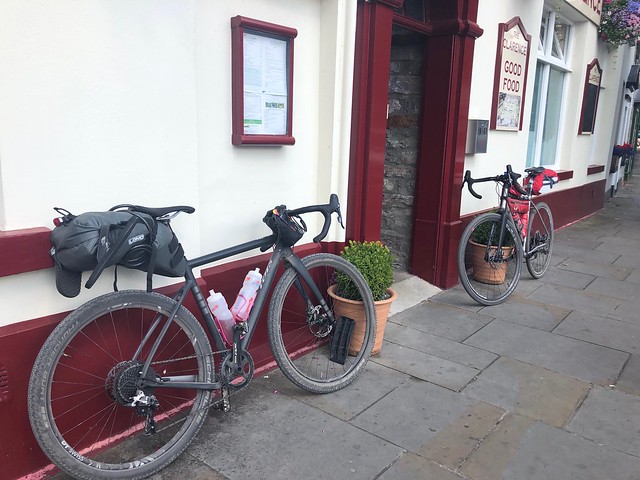 We sorted the beer at least, toasting our first destination under a still hot sun. This was just the warm up though. Tomorrow was going to be far tougher. So let’s not go mad on the beer.

We didn’t. Because we were staying in a hotel knocking out double gin and tonics for not much cash. So we drank quite a few of those instead.

*I was asked which way climbed more. Even after gently explaining the start and end points were both at sea level, my questioner still refused to accept I’d provided sufficient detail in my answer 😉