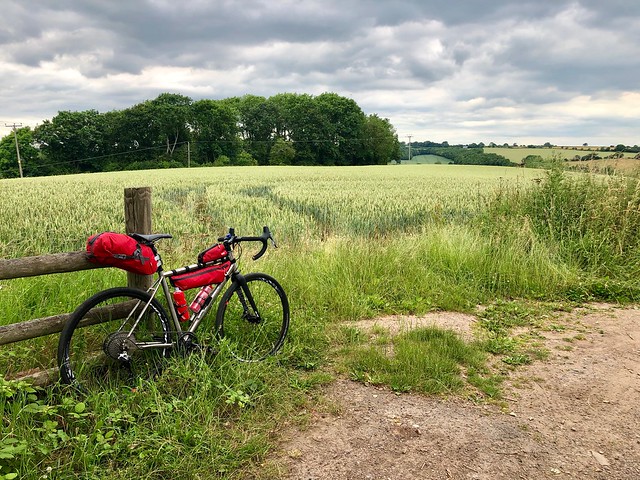 I consider myself moderately numerate. Much of my day is surfing the line between causation and correlation. I kind of know how numbers work – although someone will be quick to point out this mathematical rigour applies not at all to my notorious bike buying policy.  True enough, that’s why the maxim ‘lies, damn lies and statistics’ is rooted in truth.

Next week the numbers ride off the page and onto the tarmac. 237 miles, somewhere north of 20,000 feet of ascent, two mountain ranges, climbs too numerous to count but a single 8 mile instance is sticking in my mind. 35 pounds of loaded bike, 11 gears*, 5 days, 2 wheels, 1 mate and no bloody idea at all how it’s going to go.

How’s what going to go? Ah that’s where the numbers don’t tell the story, they merely act as chapter headings. The Lon Las Cymru is the ‘official’ route for those wishing to transit the country of Wales from coast to coast. Start in Cardiff, finish in Holyhead taking in the Brecon Beacons and the national park of Snowdonia.

This idea was dreamed up by my mate Adam with whom I suffered partial drowning back in 2017 on the Trans-Cambrian adventure.  Deciding it couldn’t possibly be any harder – or wetter – than that mental and physical challenge, he then essentially handed the whole thing off to me to organise.

Logistics planning has gone well. Instantly sacking off any idea of tentage, my  accommodation criteria was a Google-Venn of twin rooms, large breakfasts and a pub no further than a drunken stagger away.  If possible located within the same building.

I have prepared myself equally well. Adding a bike to the ShedOfDreams(tm) and half a stone to my age-ravaged body. The first was merely the intersection of a shiny new thing on sale and a credit card, the second a combination of hotels, boredom and a wearingly consistent lack of willpower.

This laser focus on athletic perfection has led me to believe that I must – contrary to the screams of the aesthetically demure – go full MAMIL, so exchanging my grungy MTB wardrobe of baggy shorts and shapeless tops for figure hugging lycra. I demonstrated my commitment to ‘pudgy aero’ to Adam a couple of weeks ago. It’s fair to say his reaction was not quite what I was hoping for.

This after I’d bought two new pairs of shorts in a ambitious medium size. I intend to grow into them. Or stitch them together to make one al-sized pair. Anyhow that’s as far down that particular rabbit hole I think we need to go, so let’s talk bikes instead.

When I bought the Tempest, I disparagingly compared it to a crap 90s mountain bike. Having now ridden it properly off road, I’ve half changed my mind. It’s actually a bloody brilliant 90s mountain bike. It’s not some hard-charging six inch slack full suspension monster swapping out technique for bravery.  No you actually have to ride the sodding thing properly.

The 2in tyres have hilariously little grip, descending on dropped bars narrows your view to a fuzzy middle and flashing periphery. The brakes are fantastic but the tyres are not, so unexpected sideways movements get normalised pretty quickly. You can have as much fun at 10mph on some non technical singletrack, as you would on a death-tech rocky steep on my other bikes.

I like that. And I like the bike. I’ve enjoyed riding it these last few weeks. Returning home from a holiday in a hot country serving much cold beer, I really had to get some miles in. Every one of them have been fun, either exploring interesting looking trails, slithering on off road tracks or testing out the luggage pretending I’ve ridden 200 miles not 20.

Whether I’ll like it a week Friday is another matter entirely. Each day ups the climbing until the crux of that bastard climb above Machynlleth**. At that point I expect my forensically packed kit to be strewn carelessly behind me in a fit of rage at finding the shifter has no more clicks.

Packing has been an amusing confluence of want and need. Ads and I have traded shared items. His latest ‘first aid kit done, one plaster, one small bandage so don’t fall off second’ was possibly a response to my suggestion that a single tub of chamois cream between us would be absolutely fine. Frankly I think he’s still holding the lycra incident against me.

An experienced bike-packer*** may frown over my selection of random items. Picking through mandatory foodstuffs – such as a full cheeseboard and a choice of desert wines – they will wonder aloud if the concept of ‘you can stop packing before the bag is full’ has passed me by.

It has. I have tools for removing stones from horses hooves. Other essential items include fresh shorts for every day because washing sweaty ones cramps my beer drinking riff. I have also packed sufficient outer clothing to ensure my lycra clad torso doesn’t trigger riots in some of the smaller Welsh towns.

So not very fit. Bit fat. Too much kit. Not enough gears. Navigationally useless. Never ridden a road bike for that long on one day, never mind five. Yeah but weather looks pretty good – sure we’ll get wet it’s Wales after all, but flooding is now only a remote possibility – great accommodation booked, a mate who didn’t try and kill me last time things got difficult, and a whole load of stunning countryside to ride through.

Oh and a re-supply mission from Carol half way through. Come on that’s reasonable. No way that cheese is going to last five days.

* I’d like a few more. Specifically extra big ones at the back and a smaller one at the front. There may be some engagement of the pushing gear.

**I have my own versions of the ‘Hors Cat’ categorisation. ‘Shit, Bollocks, Bastard, Total Bastard and Fuck me,  you have to be joking‘

***Apparently according to the experts, we’re not bike-packers. Bike-packers are not credit card lazy arses staying in comfortable B&Bs. Being a serious student of taxonomy and the importance of categorisation, I’ve given this some thought. That thought being ‘Go fuck yourself cockwombles’.