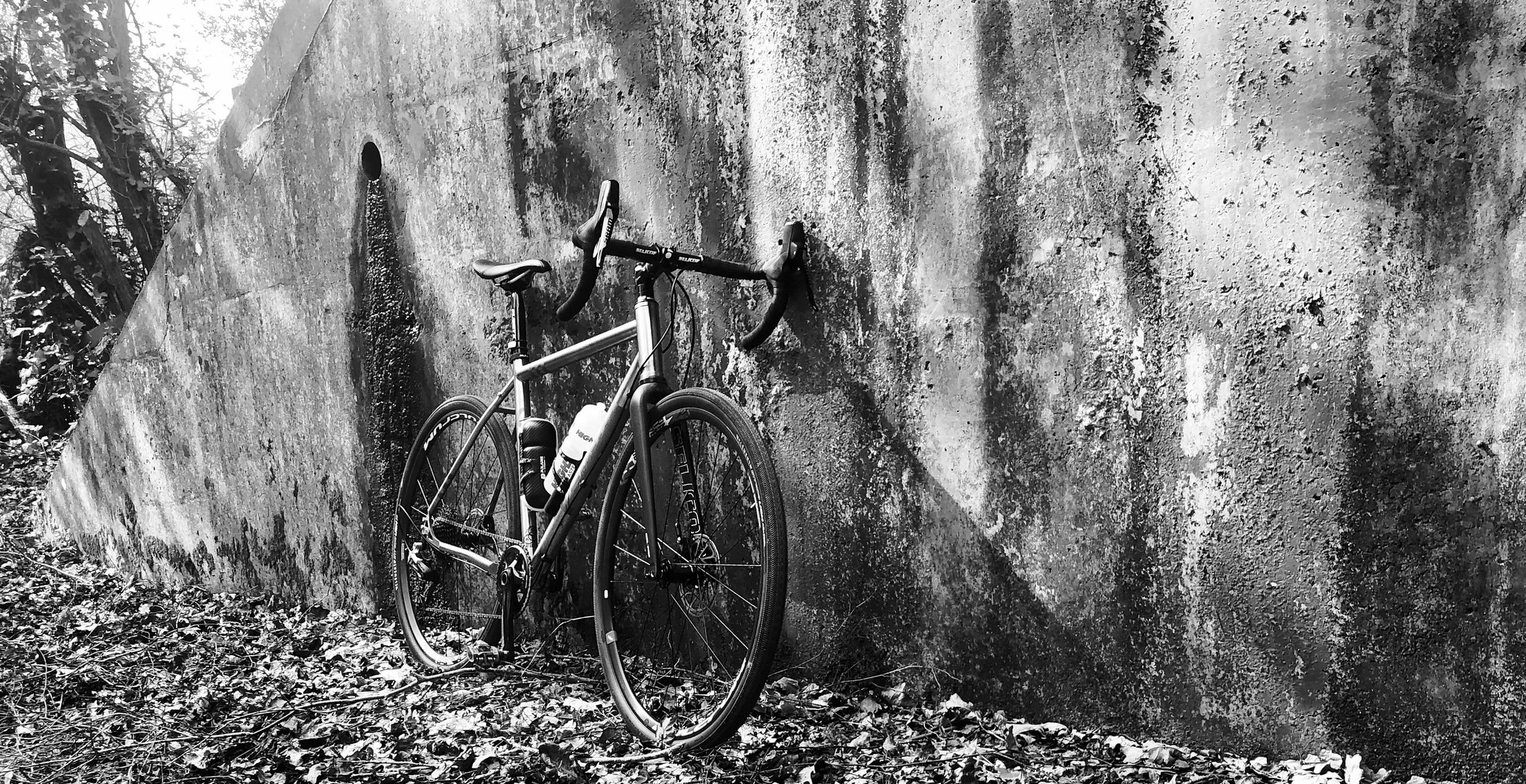 Gravel bikes. Let us take a moment to reflect. A pause to understand others who are not like us. A gap between riding proper bikes and being a genre-chasing dick. But it’s all bikes, right? That’s a good thing.  It’s not like it’s electric.

Yeah but really what the fuck? Is that a cross bike cross dressed by some self absorbed hipster chasing razor thin niches and suffering cognitive dissonance?  Get a grip- if you want to race in the depths of the grim buy a cross bike, if you want to go full-MAMIL on summer days, go full roadie on a bike designed for pain and suffering.

Otherwise we’re back to the ‘third space’. A  blank vision of utopia conceived by  a marketer, then coloured in by people who should know better. Dig a little deeper and what we have here is a 90s mountain bike butchered by a drop bar. Rigid double triangle silhouette, bollock troubling top tubes and twitchy eyebrow steering.

Really, you’d need to be absolutely fucking tapped to consider this as something different to what you already have,  or – worse still – a thing of desire for reasons yet to be articulated. What kind of idiot would fall for that?

Well this kind of idiot. Obviously. I’ m not blind to the latest content of this blog appearing to be ‘random Bikes AL is buying for increasingly obscure reasons’. Reason feels a bit strong, but for this latest purchase at least there is a goal, an end game, a possible viking burial when that is done.

Come July my long suffering friend Adam and I shall be riding the classic Lon Las Cymru. The Welsh Coast to Coast starting in Chepstow and ending in Holyhead. Taking in all sorts of lumpy geography including a chunk we suffered during the Trans Cambrian a couple of years ago. Hoping this time there will be significantly less hails of trout.

I could have ridden my eight year old cross bike. But of course I’m not going to and – in recognition of the intelligence of my readers – there’s no good reason than an email flyer offering a Titanium lovely for really not much money  – at least compared to the insane nonsense of the niche providers*

Let’s move on from the transactional tedium of going from idea to Yodel delivery.  Except I mean Yodel actually delivered a thing. On time and in the same post code. I was so stunned, it took me a while to assemble it and consider its lightness against its alloy double bolted to the turbo.

Yeah but not that much lighter. Quick spin up the lane made me feel a little better, and 40km the next day confirmed it was quick, direct, stiff but somehow compliant. A second ride in the dirt had me giggling in singletrack and dusting myself off when it all went a bit wrong.

So what do we have here? A Ti frame draped with pretty nice kit but most importantly hydro brakes which do the stopping thing my old CX bike cable versions promised. This is a massive difference. Good brakes make you ride faster.  And then crash a bit when you fail to reconcile ‘small obstacle’ with ‘SPDs after 7 years flats, how do they work?‘

I wanted to feel the same antipathy to this bike as I did against the CX bike and the even older road bike. Tool for the job.  Get this challenge done and then swap it out for something more nobbly.

Sadly I really like it. Even on the road. I wish I didn’t but it’s so comfortable, so effortless under power, so precise in the turns, so analogue in how it rides, so Labrador like to go do the next thing. And the thing after that. What’s over that hill? Let’s go find out.

It’s a very clever bike. But that’s not the point. What it really is is an instantiation of the first bike you ever rode. The one that split you from your local geography. The excuse for not coming home. The seeker of adventures. The pal your tired parents never could be.

It’s been quite a while since I’ve just gone out for a ride with no fixed destination. 40mm tyres are a passport for choosing any path merely in the spirit of enquiry. Finding new things and old forgotten things. Keeping going until the legs or the light give out.

Riding bikes – any bikes – is a righteous thing. I’d rather be doing that over anything else. But for a whole bunch of years riding I’d categorised anything not satisfyingly my definition of singletrack as  ‘Roadies missing the point’. Now I’m not so sure.

It’s not proper mountain biking of course.  I’m don’t really know what it is. What it isn’t is the purgatory I expected. I think I need to understand  a little more.

Best get back out there.

*my brother has one of those. It’s really nice. It’s not 3k nice. You could buy a decent mountain bike for that.

3 thoughts on “This is going to be a tough sell.”