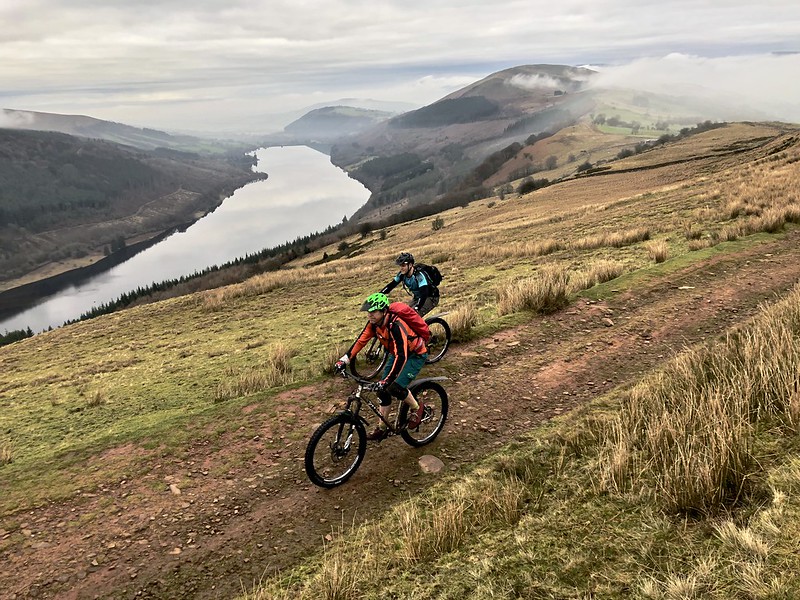 This post could have worked a whole lot better had it been published during the season of the Sky Fairy. Especially as any lies – sorry mis-statements as we now seem to be calling them – would barely register against the nonsense of the  plastic believers making one-off pilgrimages to their local churches.

That’s quite enough of that. Let’s talk bikes.  Three men – let’s lose the wise tag based on what’s coming – appeared through the miracle of internal combustion at a mythical location we’ll call faff-central.

One brought sandwiches, another a massive hangover, the third a bunch of excuses and a non functioning rear brake. As gifts, these scored barely one out of three. The one barely scraping in due to two kinds of pickle and home made bread* 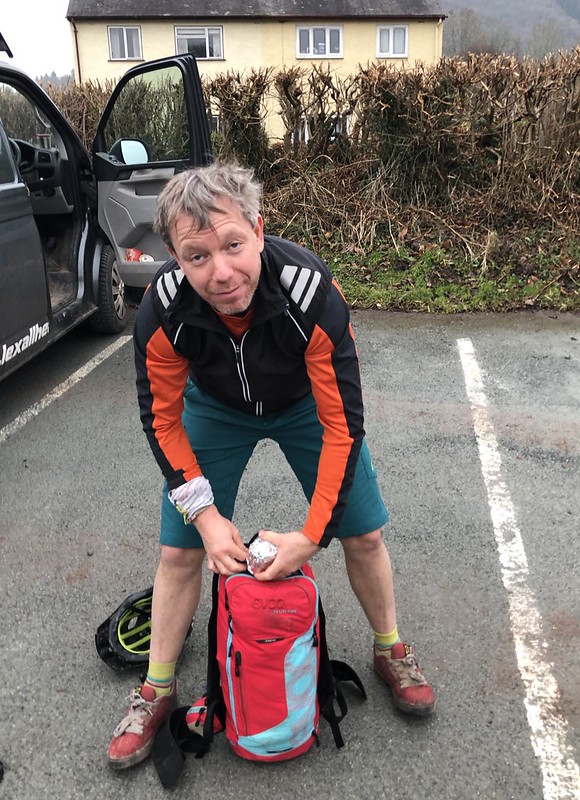 Ninety minutes later, we’re checking packs and worrying about the weather. In a ‘B’ movie kind of ‘it’s too quiet, something must be about to happen’ kind of way. Last year we slogged through snow, other years offered up rain, hail, gale force winds and assorted meteorological misery.

Best crack on then before Fate notices. First climb is fine. Easy even with no hangover and an absence of frost and ice. Easy for me, Cez however was rocking a skin colour I associated with either a) dead already or b) dead soon.  He man’d up and we got it done in a little under the baseline. I’ve ridden this route so many times, there’s a rhythm and a cadence to it, so you know if you’re ahead. 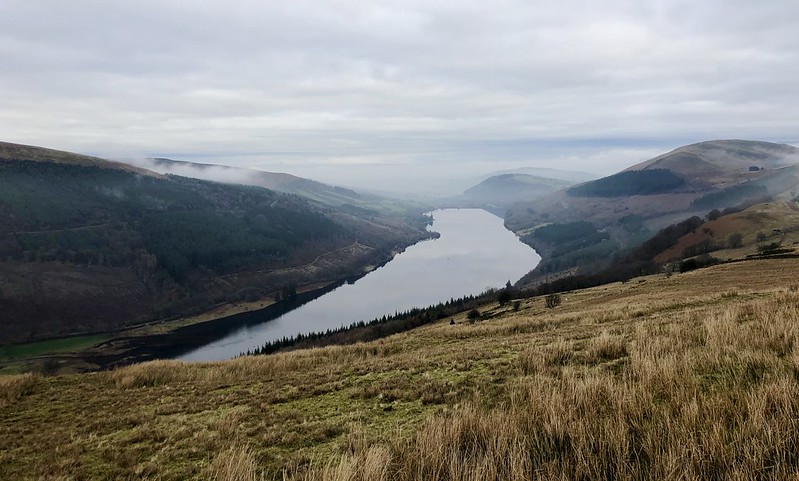 Or in Alex’s case, underneath it. On cresting the tricky last climb to the ridge, he’s chosen poorly with a route best marked summer, and essentially bog snorkelled his way out the far side. As close to wise as any of us get, I’ve skirted that obstacle and barely dipped a toe in the clay, while Cez has gone full ‘chubby tyre paddle steamer’ through the middle. 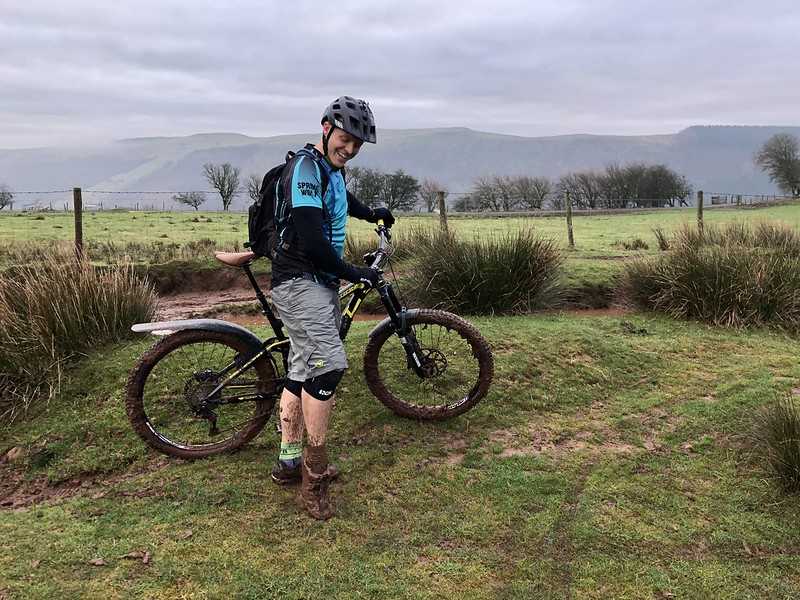 The ridge top is still a hundred metres of climbing away. Last year we were woefully under-provisioned in the area of ice climbing equipment. Today it was a breeze because neither snow, nor the bastard head wind, long associated with this climb, was attempting to throw you back into the valley. 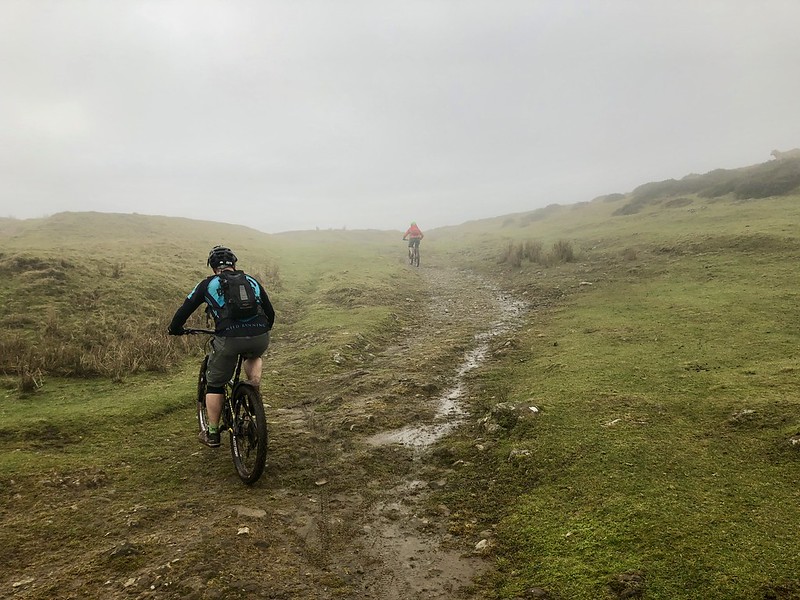 It almost felt too easy. Which made me a bit suspicious. Rightly so, as the first descent upgraded my understanding of a rear brake from ‘that’ll pump up nicely’ to ‘no it’s totally fucked’. For the look of the thing we threw in a new set of pads which achieved nothing other than wasting a new set of pads.

The next descent was interesting. Exciting even. Momentarily terrifying. Once or twice eyes were closed. Wet Welsh rock asks a lot of tyres. The front one especially doing all the steering and – in my case – braking. Not much traction-pie left for actually ‘gripping’, so reducing my choices to rolling the dice to score breakneck speed into what’s essentially an abandoned quarry, or the strong potential of sanding myself down with some razor sharp slate.

I picked a middle way. Wasn’t pretty but got it done. Was quite happy to be heading back up hill. Before which Cez somehow managed to fall into a heap while not actually moving. The fact he’d been taking the piss about my inability to open a gate a moment earlier made this just a whole lot sweeter.

Climb then. Up the Roman Road. Sandwiches at the top. The Bird doesn’t climb as well as my Ibis but it’s nowhere near rubbish, and I was feeling pretty good so made a decent stab at hurting myself for the seventeen minutes your heart rate is bouncing agains the rev limiter. Was ready for a sit down and the burgeoning worry that I was essentially uni-braked heading into a shit-load of rock-chop and steepness.

Excusing myself, I headed out first and minced my way down the steepest pitches, especially those with loose rocks all seemingly labelled with my own personalised grim reaper motif.

Thew the bike down in relief and fired up the camera. To see Alex riding the stuff I’d found somewhat challenging in the manner of a semi-pro. Fair play I thought, that’s going somewhat and not lacking commitment. As he passed the lens, I heard the hiss of a tyre pushed far beyond it’s performance boundaries. 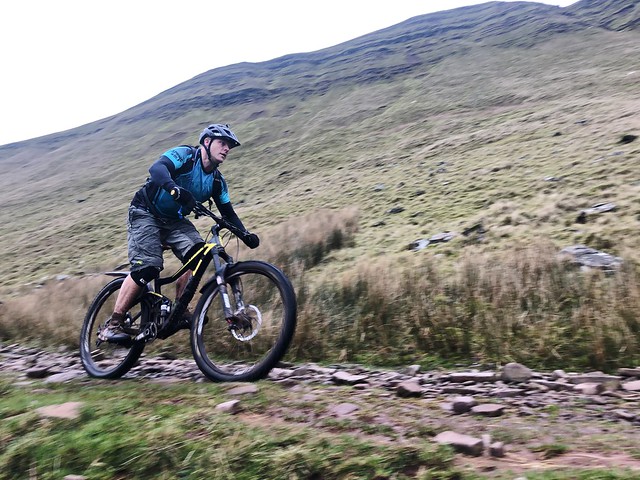 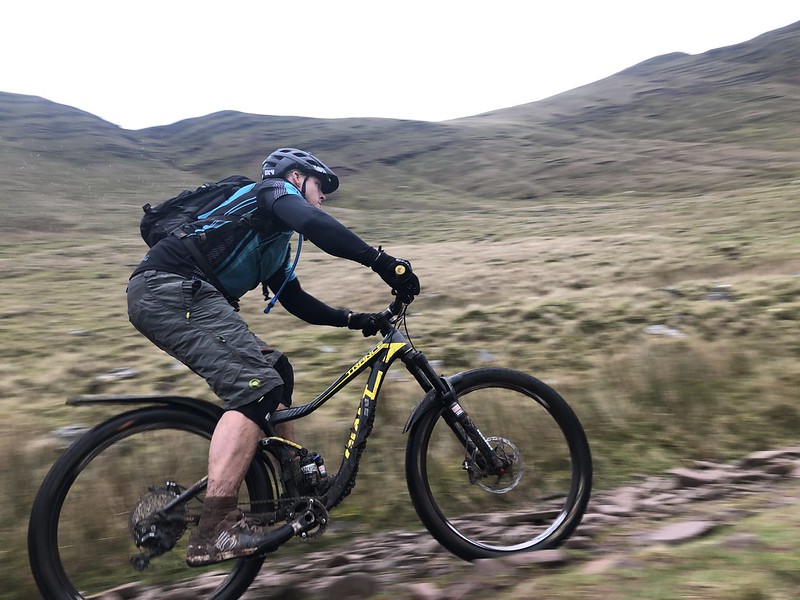 We heard this twice more on the same descent. Alex used the exact number of spare tubes we had. I’ll be honest one more puncture and we’d have stolen his van keys and left him there. It wasn’t just the repeated faff of dragging the tyre from the rim, it was the painful re-inflatement process with a wheezy pump he’d clearly inherited from his grandfather. 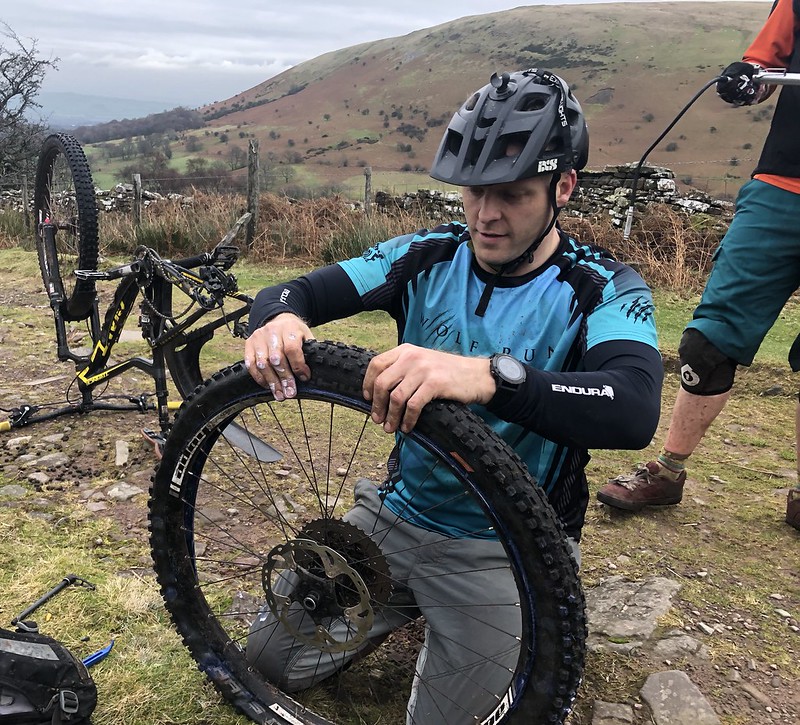 We eventually got it done and descended to the canal which lacked the ice cold puddles of previous years, then latterly the car park where the van was parked. In some ways I was relieved at not crashing myself stupid riding a single brake**. In others this felt too easy, not the hard bastard ride we’d talk about for months afterwards.

On reflection though, it was a brilliant day out and I’d successfully dodged a magazine of bullets. Sometimes you just have to accept that you’re not in control of a whole load of variables and that’s okay.

As a wise man once set. Not me, obviously.

*we’re not savages. A man has to eat. Artisan-ally in this case.

** every time I ride this route, I remember my mate Russ breaking his back on the final descent back in 2003.