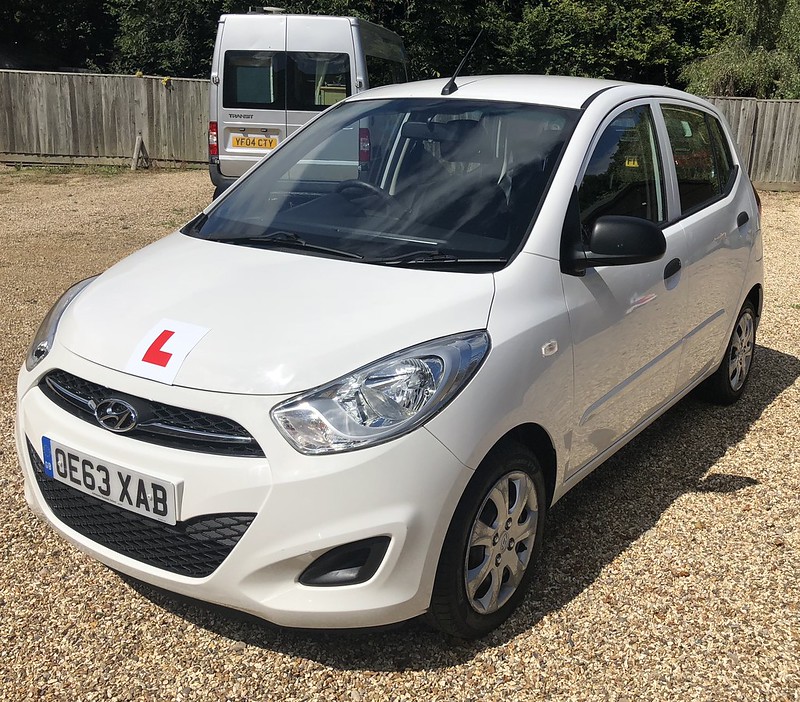 Cars represent freedom. Your first one so much more so. Sure they also represent an unsustainable rampage of the planet. They drive the individuals behind the wheel to status anxiety.  They reinforce the broken axiom that we must arrive in the same place at the same time. They channel the passive aggressive or – more often – the XY chromosome vein-pulsing aggressive.

Upside is there is a golden thread between bikes and cars. A reimagining of a future not constrained by walking distances or tired parents. Heading out with nowhere to go. Illicit meetings expanding little worlds. Occupying the space between innocent childhood and the rules of being an adult. Limitless and faithless. Fuck me writing that reminds me how youth is wasted on the young.

Moving on, as I must, we still have some kind of responsibility for offspring of an age where sixth form blocks are stuffed with badly parked L plates. Before going any further, let me share with you a universal truth. I’ve never thought of myself as brave or courageous, merely an average joe with the occasional ability to feel properly scared while tweaking the nose of terror.

I was kidding myself. No one has known real terror until they’ve ridden shotgun to their seventeen year old progeny who – on setting a collision course with a articulated truck at a closing speed of more than fifty MPH – has looked desperately to you for advice on which one the brake pedal might be.

Independence is a bit of a double edged sword*.  Wanting your kids to find their way in the world is tempered by the realisation that you’re no longer the centre of it. Still if I’ve learned anything it is that you can only use time, not buy it.  I used mine to research ‘cars least likely to explode in the hands of seventeen year olds’ with  a second filter to ignore anything more expensive than ‘the lovely MX5 I’ve just sold to fund it’

Diving into a pool somewhat larger than expected, had me scrolling an endless list of manufactures pretending their preposterously named model was somehow differentiated from an almost identical version rolled off the same production line.

Moving from the virtual to physical delivered interesting if bewildering insights into the psyche of your not-so-average teenager. An individual who cares nothing for quantitative data scoring vehicles on performance, reliability or safety. Such things pale into insignificance once one has considered the material items such as external body colour and the horror of a lowest-cost-bidder interior.

At the end of that day I’d mostly lost the will to live, but at least narrowed down any potential purchase to a couple of marques. I found one in a lock up in one of the many less salubrious suburbs of south Birmingham where a man, who somewhat distractedly doubled an an Asian George Clooney, gave me so many reasons to hand him over a wad of cash.

Being entirely useless at this kind of thing, instead I bored him with my memories of my first car. The one you approached more in hope than expectation. Doubly so if rain was in the air – a liquid fighting for hedgemony as you bathed the engine bay in WD40.

It might start. It might not. And if it did the myriad of catastrophic problems would present themselves to the driver. No insulation of worrying engine noises, square bearings or combustable electrics were spared to the man joggling the choke. A man who was also wrestling with unpowered everything, and mechanical disappointment requiring first gear should the gradient ever point upwards.

Mine was a real beauty. Externally it’d been repainted by a stoner armed only with a balding paintbrush and a tin of Hammerite. This hid the horrors inside  including an engine that wouldn’t, an heater which didn’t and steering that might occasionally do. All which ignores the windows with two settings – up and fallen into the door.

I could go on. And I probably did. George nodded sagely in the salesman’y manner of a man pretending to give a shit, but soon we were back in the lockup – test drive over – and he reverted to a bloke who expected to be transacting a purchase with a proper adult. At this point I handed him the phone at the end of which Carol fulfilled that role in a way I never can.

We bought the car. Two days later I arrived to collect it. At which point I noticed loads of cosmetic issues somehow hidden during the initial negotiation. No matter, if Jess or Aid have any of my skills, the poor buggers are going to spend a significant amount of their time fetching vehicles out of hedges.

It was great to drive home with Jessie in a car she’d soon be driving and – oh yes please let it be so – legally fetching her old man from the pub when he calls in the the PRV*. So enthused with our purchase were we that it wasn’t until I noticed Preston as a possible destination did I realise how much I’d come to rely on the SatNav in my own car.

Other than that, it’s pretty good fun. Even I can park it. It’s less than half the length of mine and missing all the toys. Which I don’t miss at all when I’m driving it. This brings us full circle back to the pointlessness of cars and why bikes are better.

Until we’re living in that utopia, I’ll be the bloke rigid in the passenger seat re-evaluating how brave driving instructors must be.

*or – as per the previous example – more a Sword of Damocles. At least I could cherish the thought that I’d be dying with at least one member of my family by my side.

*PRV=Pub Retrieval Vehicle. There’s no point going to all this trouble if there’s nothing in it for me.