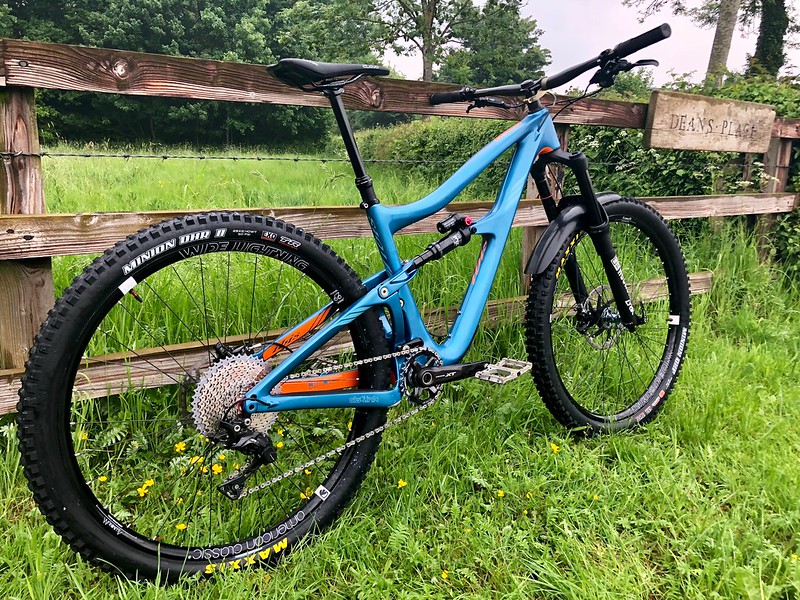 I’m forever advocating a long campaigned truth, to the mostly disinterested offspring*, that experiences trump things.  Materialism I grandly declare is nothing more than status anxiety drowning in marketing poison. They point mutely to the ShedOfDreams(tm), and the contents within, as a take-it-to-the-bank example of saying one thing and doing something else entirely.

Yes, but that’s different. Of course it is. Bikes are not things. They are so much more than that**. Things are merely noun placeholders for stuff not important enough to have a proper name, whereas MTBs ride over that semantic boundary into something far more mystical

Yeah, whatever Al, Same shit different day. Heard it all before. Excuses repurposed as rationale. Deflection tactics loftily abstracted from the rather more dirty reality that shiny things bite hard. The money invested*** in that bike should be sat in our savings account. For things both known and unknown. Because that’s what sensible people do – and that person in our family is Carol.

She’s suffered my twisted logic for more than twenty years. She’ll listen politely when I talk of bank accounts offering more than fiscal security. Memories and adventures I flappy-hand in a parody of a real justification. My supposition that I’m saving those instead is met with an expression I’ve come to associate with “Whatever. We can pay the bills, no one is going to have to eat the wrapping of your latest nonsense. Get on with it”

I got on with it. In a roundabout way mostly not going through corners with any kind of velocity on a bike I was pre-disposed to love. Didn’t happen. Instead, in what can only be considered a last-hurrah to any kind of fading talent, I bought a bike proudly associated with the Enduro zeitgeist. 160mm forks matched with 145mm out the back, the combination of which was mostly Internet captured by blokes lobbing it off stuff that make me go a bit squishy inside.

Still it has a sibling in the ShedOfDreams(tm) which is officially ‘the best bike I’ve ever owned’ which considering my extensive pantheon of the next big thing is quite an accolade. It’s so achingly on trend I may need to order some beard oil and a wood-burning stove. Still all the standards and all the latest angles have created something that – let’s be honest here – isn’t much of a looker. Like the worlds most expensive carbon gatepost.

Matt built it of course. I turned up with a box full of parts, a crate of beer and a curated collection of mildly amusing asides. Before it was properly finished I ragged it round the local car park giggling in a way that’s a venn intersection of hope and desire, before handing it over to Matt. Who turned up 10 minutes later extolling its virtues at handling multiple step sets. I’m never lending him anything again!

I rode the same steps this morning. In the rain. But rain doesn’t adequately describe the apocalyptic thunder and lightening rolling through the county. At times it was merely extremely moist, the rest of the time I wondered idly if anyone had ever drowned on a bicycle.

No matter, the trails held up pretty well other than the sniper roots – polished, slick and waiting. I’m not a fan of conditions like this. It feeds my inner screamer. ‘Arrrrghhhh going to slide, Eeeeeeek going to crash going to hit that tree’. but today I was located in Nirvana, Newbikesville and all was good.

More than good. First descent after a climb, under stair-rods of warm rain, I exited a jump with unusual calm and pushed my apparently perfect new bike into the first corner. Where it slid sideways on raked out roots aiming off to a trunk in a ‘do not collect £200, go straight to A&E’ kind of way.

Here’s what normally happens next. I grab a shitload of front brake, stand the bike up, plough into said trunk or its leafy environs and exit out the front or back with all the grace of a Wild West extra shot from his horse. Today tho I distinctly remember thinking ‘that slide’s absolutely fine, we’ll go with that’.

I never say that. It was as if I’d been adopted by a better rider. Who – while I was still agog with not actually crashing – flicked the bike back into line and suggested a little more velocity might be quite entertaining. Whoever he is, he’s onto something as we mined the adrenaline twinned motherlode of ‘amazing grip’ and ‘no grip whatsoever’.

My new mate riding shotgun made himself comfortable for the long haul as we laughed in the face of off-camber roots, waved V signs at flat corners holding a scum of muddy water, and barely recognised the potential full sub-soil body implant of a notorious gap jump.

This is not me. I am not at home to Mr Insouciant. I do not do under-thinking. Post injury, it’s been harder to ignore the whispering that I’m just getting too damn old and risk averse to honour my mountain bike credentials.

Not today. Not even close. We toasted our escape from the ‘River Rapids of Ross’ with a beer and some post-storm steaming of discarded waterproofs. Iâ€™ve been buzzing ever since. It might be new-bike-thing, it might be that this one is going to take me closer to the edge. A place I thought largely abandoned to my younger self. It’s going to be epic finding out which.

It might rain again tomorrow. I give not one shit. I’m riding my bike.

*they are now at an age too old to be thought of as ‘children‘, but too young to be considered ‘carers’ 🙂

**a topic already under development in a semi-lucid state for the next issue of the never less than brilliant www.cranked.cc