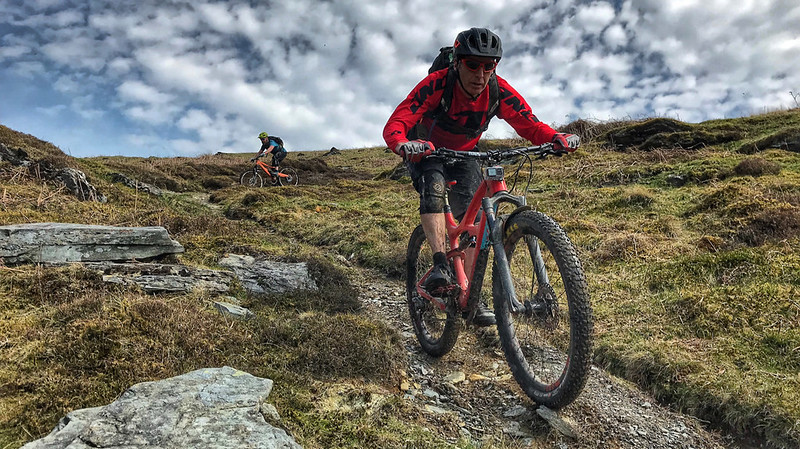 They certainly do*. Remember last year when Adam and I spent three days narrowly avoiding drowning ? I do despite the best efforts of an expensive therapist. Ads and I postulated how amazing this route might be were it not under the cudgel of a bastard storm. We’d be back we said.

And so we were. I’ve always protested my best side is behind the lens, but I’m vain enough to post that first shot through the reduced letterbox of my readership. Game face on, someone actually behind me, not looking like a total gimp and hands off the brakes.

Vanity is one thing. Reality something a little different. These next two images ably demonstrate why anyone who hobbies in the outdoors remains obsessed by forecasts of bright sunshine or biblical rain. Kipling may have treated triumph and disaster with parity, but I’m not that stoic.

So while I’m smiling under warn blue skies here, the one following is pretty much x-rated. Fuck was as polite as it got. 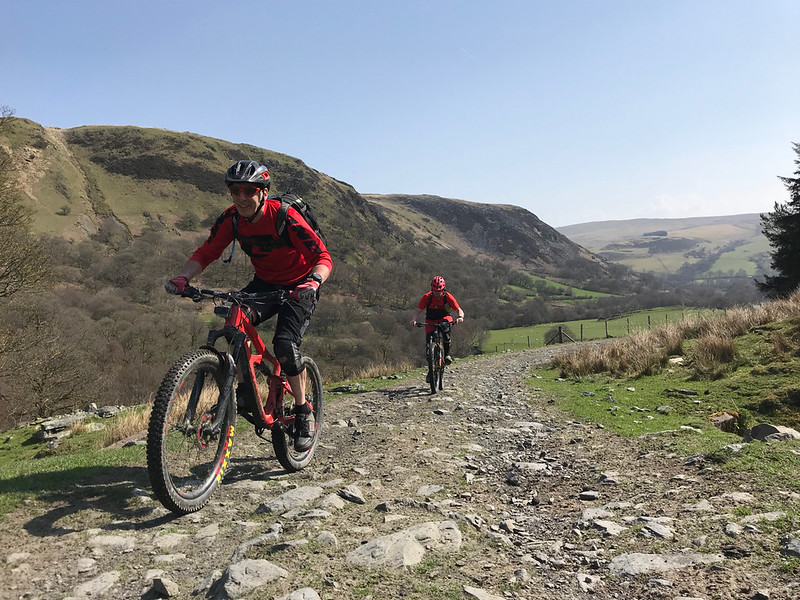 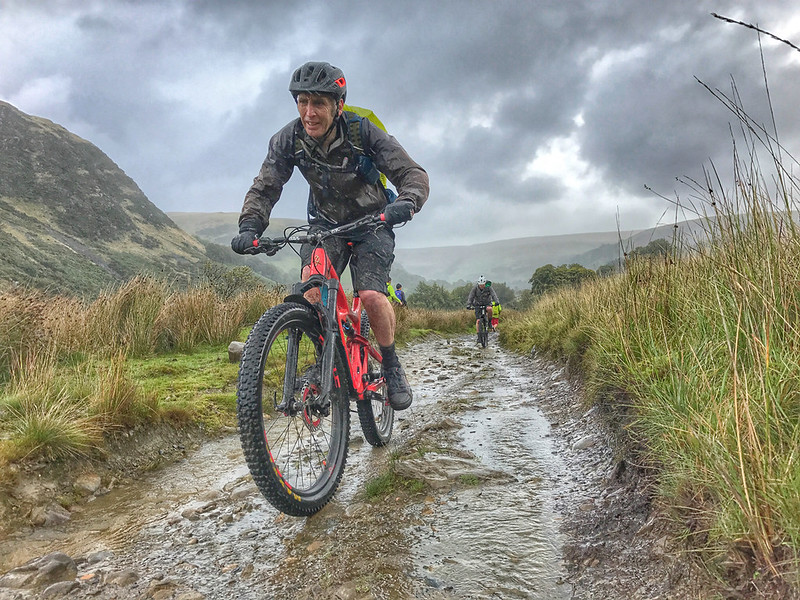 Same bike. Same trail. Close to the same composition banged out by the lovely Phill from www.mbwales.com but with differentiation spilling into every other aspect of the weekend. 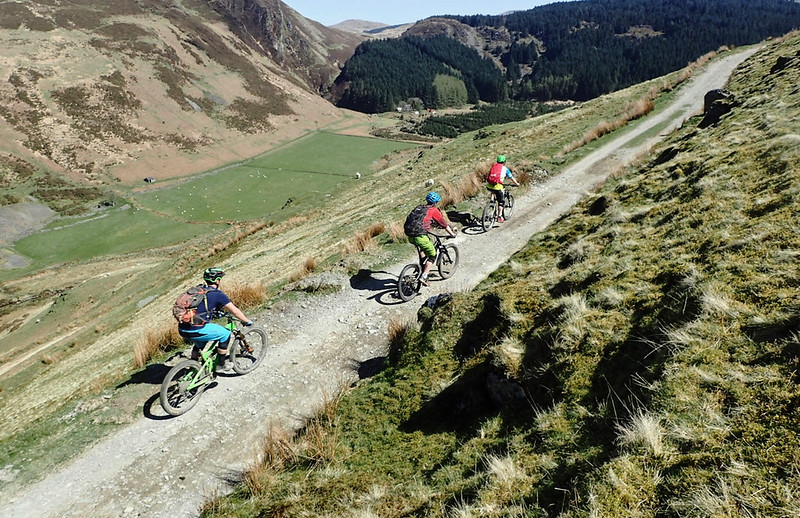 We could get used to this. Of course we couldn’t because once the weekend was done, Spring fucked off back to winter and drenched an already wetted-out landscape with 100% more rain than the year before. Not that I’m bitter or anything.

For these three days tho, living in the moment was rewarded by another stunning day in an amazing location. The Elan Valley may not count proper mountains amongst its summits, but it’s still a tough day out winching for an hour before a switch to plummeting for less than two hundred seconds. Mostly on gradients suggesting 50kph was an appropriate velocity to test the grip of damp grass or moist rock.

We rode quite a few bits of the second Trans-Cambrian day. I hardly mentioned how much drier/warmer/less desperate conditions were-  to the point where I feel I may have lost my audience. No matter, this was the ride I was expecting last year even with its sapping grassy climbs and occasional boggy interludes. 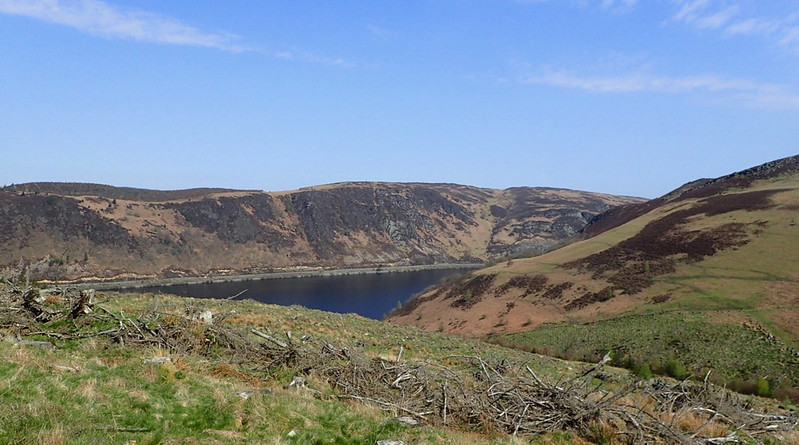 It’s a land of big skies. What it lacks in woody singletrack, it more than makes up with butt-clenching speeds and ancient bedrock somehow perfectly shaped for modern mountain bikes. It was the kind of day you slog through winter for, painfully rehabilitate your ankle for, desperately regain your fitness for and toast with a beer or several for.

The next day it rained of course. But not for long and it barely took the edge off another fantastic day crawling up steep hillsides and racing down the other side. And this time I’m riding these trails with my friends, not strangers who were owners of a mountain bike without really being mountain bikers.

That doesn’t for a second make them bad people. They just aren’t my people. But right now I needed to be with my long suffering mates. I’d surfed into this weekend on a wave of angst. Work mainly but not exclusively, I was having one of those tedious middle aged crisis. Couldn’t shift the weight I’d added when injured, started to see real signs of ageing, spent too many introspective nights in hotel bars with no good company.

It’s all horseshit of course. It didn’t take me long under burning skies to remember why. Because for every shit day, every difficult decision, every inconsequential worry, there are mountain bikes, big hills, good friends and the joy of choosing black or wide over fading to grey.. 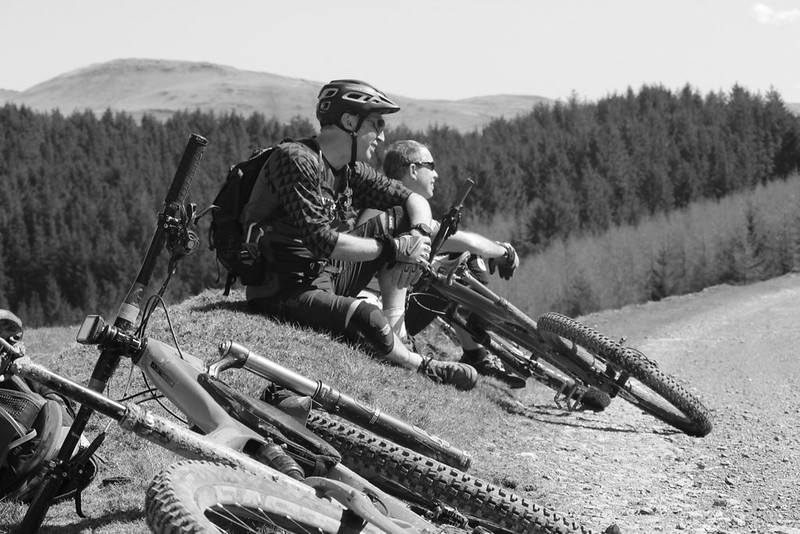 So pretty much that. Captured on a long lens from Tim’s camera. Adequately distanced and relatively relaxed, Cez and I are looking outwards not inwards. Being outside does that. I cannot recommend it enough.

It comes down to something like this. Adventures are not pre-determined. The variables are legion and the biggest of those is you. Outcomes cannot be plotted nor results predicted. Instead you take in an attitude, an optimism and bit of bloody-mindedness to come out the far side a better person.

It might feel hard at the time and while you may get close to hating individual moments, you’ll never regret choosing to do over deciding to do not. Last September had many highs and a hell of a lot of lows, but fuck not for a second would I wind back time and sack it off.

Last weekend I rode my bike enclosed by perfect valleys, accompanied by my best friends, under sunny skies on amazing trails. Splashing through steams like this made me feel about 11 years old.  You cannot buy that feeling. 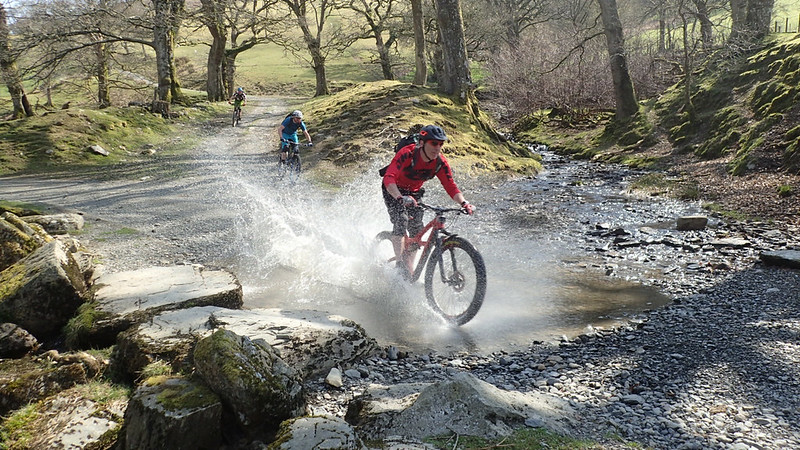 The past is a different place for sure. It makes too many people scared of what might come next. Not us though, because soon there will be another day like this. Bring it on.

*For the purposes of narrative cohesion I’ve butchered that famous L.P Hartley quote. I read his “Go-Between” during a terribly pretentious phase of my life. I came to the conclusion even then that that quote was the best thing in it.