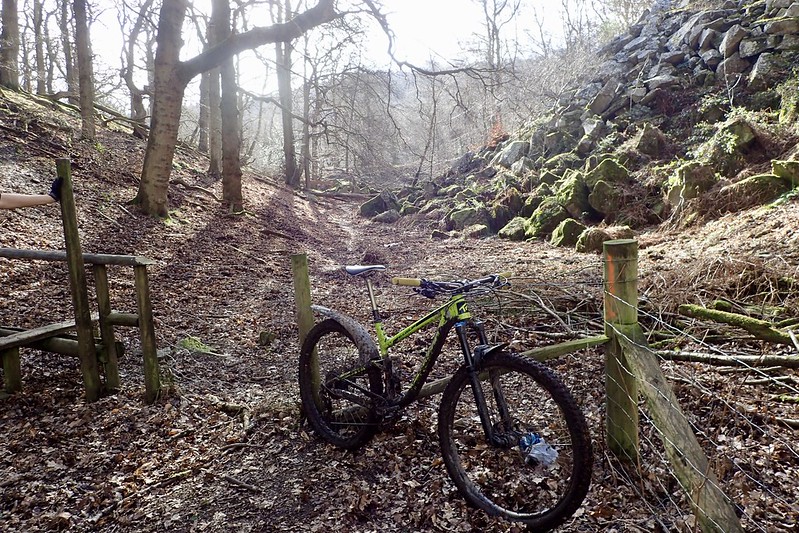 Well I didn’t die. In other news my ankle failed to explode nor swell to the size of the ‘Tomato most likely to win an award for the most amusingly shaped vegetable‘.  Bikes were ridden, beer was drunk, lies were told. The latter specifically when being quizzed on my homage to a man recently introduced to a second leg.

Happily telling fibs to my family is ideal preparation for fabricating huge whoppers to the physio, who understandably takes a dim view to a refusal to subordinate my need to ride against 200 years of medical precedence. Which explains why my opening gambit of  ‘that’s why it called practising medicine eh?‘ is met with stony silence and a weary shake of the head.

I don’t know better of course. What I do know is how much riding defines me, and how looking into the abyss of ever stopping makes me more than scared. I’m also well attuned to what a healing body feels like – having smashed it up so many times. Good enough is good enough and slinging Camelbaks over shoulders, while we’re loading the van, is nothing more than normalised behaviour.

Riding though is something different. Lock four mountain bikers in a pub and refuse to release them until they’ve created a single definition of mud and you’ll be waiting a while*. What we do agree on tho is the epitome of mud bastardness is ‘soft over hard‘. A slurry of matt black sliding viscously over firmer sub soil in some kind of Fibonacci sequence.

Throw a tyre at that and you’re spinning the wheel of possible outcomes. Might got left, could go right, definitely won’t be going forward, fair to even chance of having a lie down to consider your options.

Generally these conditions do not suit my riding style. Who am I kidding? These conditions leave me way adrift of the pack wondering when Spring might turn up. Not last week and not yesterday either. It’s the hope that kills you. Not much rain this week, there are buds in the trees and dry patches on the ground.  Today should be so much better.

It was quite a lot worse. I’m still okay with that against a baseline of not riding at all but after 36km I was mostly ruined. My ankle was what I’m thinking now as standard. It hurts a bit but not much more than normal. The rest of me was properly broken; lower back, neck, arms and legs too long distanced from hours of hard physical exercise.

We’d run out of food but being stubborn to the power of stupid carried on regardless, climbing on slick paths then attempting to navigate leafless trees where amazing tyres met their seasonal match. Second time out though my worry about smashing my ankle up faded a little into the background meaning progress was upgraded from glacial to stately.

The singletrack was mostly shit but the experience was fantastic. The sun shone, the bullshit flowed, the temperature kept the shivers away. There were no crashes but there was beer to toast our uninjuredness. And at the end of it all, I chucked a dirty bike in the shed and risked ruining the washing machine with muddy kit.

That’s a ritual that gets boring in winter but yesterday it just made me smile. A detoxification process if you like; an anti-arsehole activity, a mud flung sense of perspective that there was this,  and there was all the other stuff I needed to show I cared about. Rather than assuming just being there was quite the same thing.

Knowing you’re going to miss riding is less introspection and more basic self-awareness. Working out how it’s the metronome of a larger life is probably more important. Without one, I’m not very good at the other. It’s at least half the reason I’m sat in yet another hotel room drinking water not beer.

Spring is coming. My favourite season. One of rebirth. Never gets old however many times I marvel at nature regenerating in all sorts of amazing ways. Since I’m hardly a spring perennial, it’s time to prepare myself for another season of riding mountain bikes.

There’s stuff I can do nothing about. Entropy is a relentless bastard. What’s in my control right now is making sure I’m as ready as I can be. For eight weeks that choice was taken away from me.

It’s done me some good. Forced me to stop and heal. Given me time to think. To work out if this is still my thing. To decide how much I’m prepared to suffer to be as good as I can be. Thinking time is over though.

*two reasons. 1-they’ll never agree and the best you can hope for is about eight separate versions of the same thing and 2-it’s a pub. That’s pretty much our spiritual home.