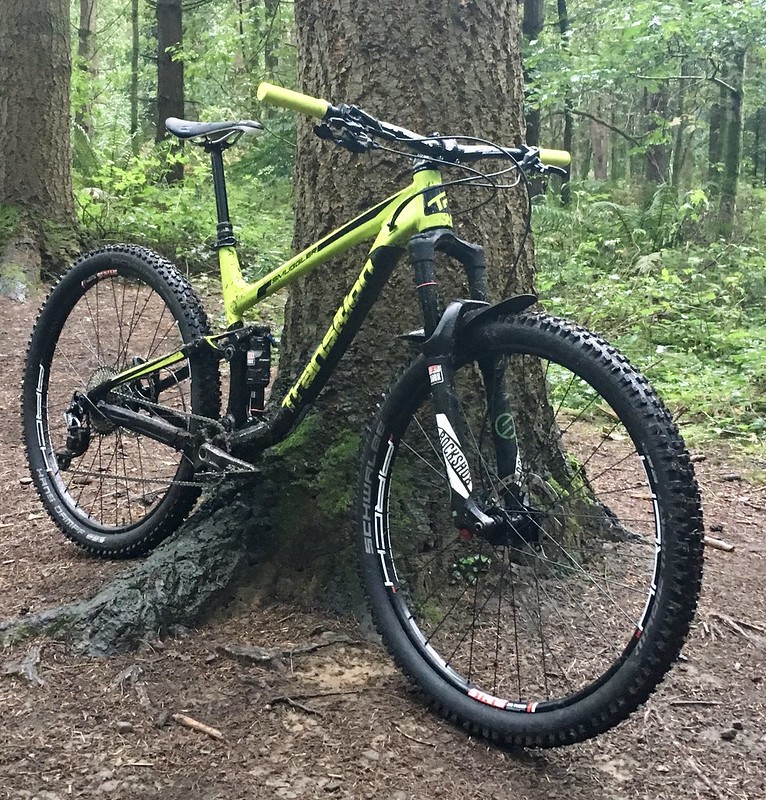 In the last seventeen years plausible deniability cannot shield the uncomfortable truth that at least 30 bikes have been, briefly stayed and are now long gone. Once within a single day*

Sheds full of bikes distinguishable only by colour – during a strange period of acquiring 80mm travel hardtails – suggested collection rather than utility. Supplanted by a rambling pantheon from fully rigid to full on freeride interspersed with bikes of transient notoriety. Resembled more a bike commune than the preserve of one slightly batty owner.

However, regardless of type, size and measured level of stupidity, all fresh bikes must follow the new bike protocol. A rite of passage punting the new and shiny into the realm of codified and accepted. It has three distinct phases; faff, purchase anxiety and inconclusive conclusions.

Let’s take each of those in turn; firstly there’s a persistent legend postulating I once built my own bikes. It’s lampooned at regular intervals by those witnessing my mechanical savagery when facing down difficult mechanical problems**. Before drawing a discreet veil over the period before Matt took pity on me, I will acknowledge the many first rides where long delays to rebuild headsets or insert disc pads were not an uncommon occurrence.

Not now. The Smuggler has been built from the ground up. Friday morning we had nothing but a frame and a pair of box fresh rims. In the following 36 hours, Matt methodologically worked his way through chapters of serial problems with the air of a man to whom mechanical perfection is an open book. Fair to say even if I ever located such a book, I’d probably accidentally set fire to it before putting it out with a fire axe.

Even with such an auspicious birth, faffing was still the order of a day as we sheltered under the van’s tailgate from the persistent rain. Suspension to be tweaked, tyres to be squished, inflated, deflated and then left pretty much as they were. Once on the trails, the potential for drowning and the tight build had us stopping only a couple of times, once to stuff a bit more air in the shock*** followed by a pointless placebo bar shift which didn’t stop me declaring it as ‘way better‘

Purchase Anxiety is something else entirely. The thought that maybe all that cash has done nothing but prop up some marketeers sales targets. Especially if there are other bikes in the shed which are at best similar and at worst duplicates. Not the case here, the Smuggler is at least six degrees and a widening arc different to the FlareMax.

I’m not a good enough rider to explain why. New bike glasses magnify a plusher and grippier rear end, a slightly tauter overall ride, a noticeably quicker turn in, a need to push a little harder for the bike to work properly – but it’s all subjective nonsense. Maybe nothing more than the slick shifting and irritant free riding any new bike will deliver.

For the first 2/3rds of the ride I could have been on a Halfords special such was my inability to deal with the changed conditions. Yesterday was hard, fast and dusty – lingering motes in the sunshine, limitless traction and wide smiles. Today was polished roots, shivering and that horrible slip/grip arse twitchery associated with hard rain on soft trails.

Matt dealt with it far better than me. I consoled myself that this wasn’t a bike thing, more – as usual – an Al thing. Couldn’t commit to the corners, couldn’t pull my focus from the glistening roots barely ahead of the front wheel, couldn’t find any flow at all.

Running out of time, I gave myself a strict talking too above the last descent. Gritted mud in my teeth, took a bead on Matt’s back wheel and put Newton in the driving seat. There’s grip to be found here if you’re not pissing it away micro-braking. Roots rapidly disappear under fast rolling big wheels, raise that chin, bend those elbows, find the balance – its further forward than your hindbrain thinks. So put that head in the danger area and feel the bike carve, grip and accelerate.

It’s still bloody greasy tho- so it’s with some relief I pop off the final drop and explain to a patient Matt what a bloody brilliant bike this is. Took two seconds off my PB which considering it’s a trail ridden nearly a 100 times and conditions were hardly perfect is at least quantifiable. But not enough to know if it’s the bike or me.

Inconclusive conclusions. Enough meat on the bone to confidently declare the bike is a keeper. And different enough from the others to raise the hope I can justify them all. After that? I’ve had too many bikes to postulate anything other than I had a bloody great time when most of my friends called it a duvet day.

Oh and I want to ride it loads more. Maybe tomorrow, definitely Tuesday and probably for three days yomping over mountains on the Trans-Cambrian next weekend.

At the end of all this the TL;DR summary is bikes are good, new bikes are very good and this one is very good indeed.

*it was a singlespeed tho, so mitigating circumstances prevailed.

**Standard approach is to eye the offending part balefully, before much percussion from a range of ever larger hammers then declaring the managed component as suffering from ‘an electrical problem‘.

***your weight minus 15 psi the manual said. I probably need to accept I’m not 11 stone anymore.