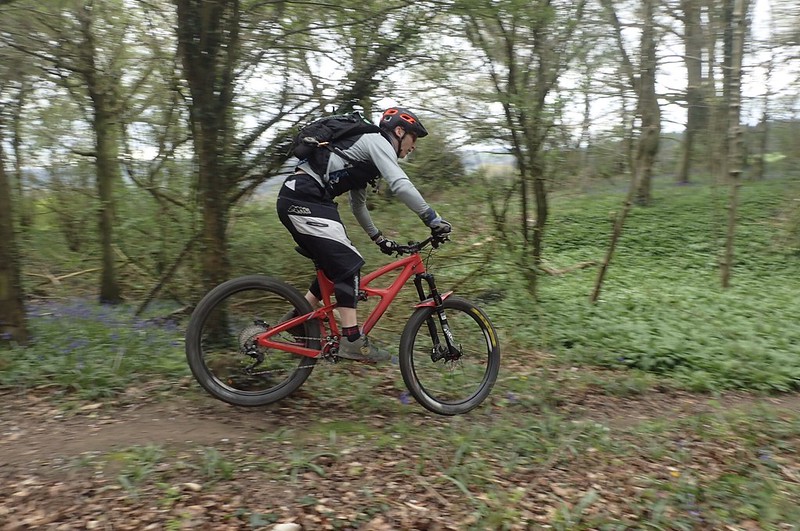 First the similarities; both me obviously, both taken within about 20 yards of each other in Penyard woods. Both on the same day if not date in April. Both taken with my Olympus camera by David my riding buddy. I even appear to be wearing the same shorts. Which at least suggests I haven’t got noticeably chubbier.

Not true in the bike department obviously. 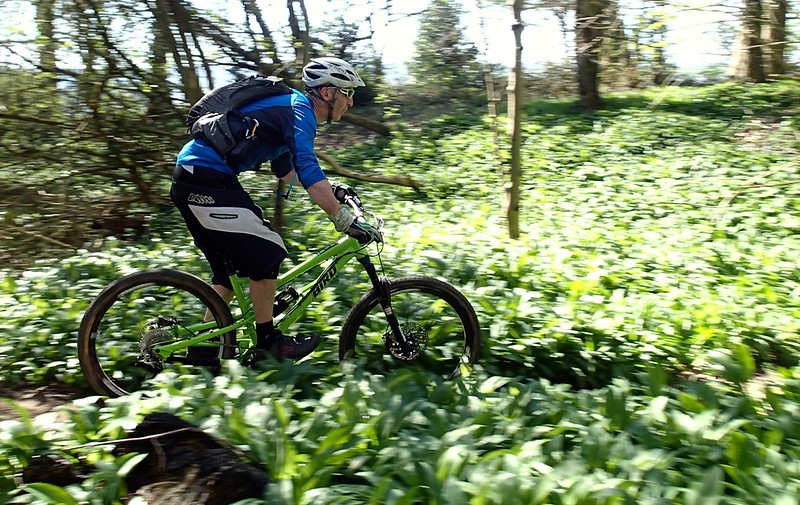 It was only when a Social-Media look-at-me photo inserted itself into my timeline did I understandthe serendipity of the two images. Delving a little deeper into those 728days would suggest quite a lot has passed under my wheels between back then and right now.

Just short of 8000km for a start. Getting on for 200,000 metres of climbing. Five trips to foreign climes. And a discombobulating number of bikes rotating through the revolving door in the shedofdreams(tm).

I’ve aged a bitsadly. Maybe a bit faster in some places, definitely slower in others. More crashes, more injuries, less years to go, still fighting decline with effort and product displacement. Older certainly but no more grown up. Nice to see the ‘crouching badger, hidden terror’ riding stance remains a comforting constant in anyimagery capturing a man somewhat happier behind the lens.

I think from those photos we can all understand why. None of this is relevant tho, because this picture from todays’ ride isfar more important. 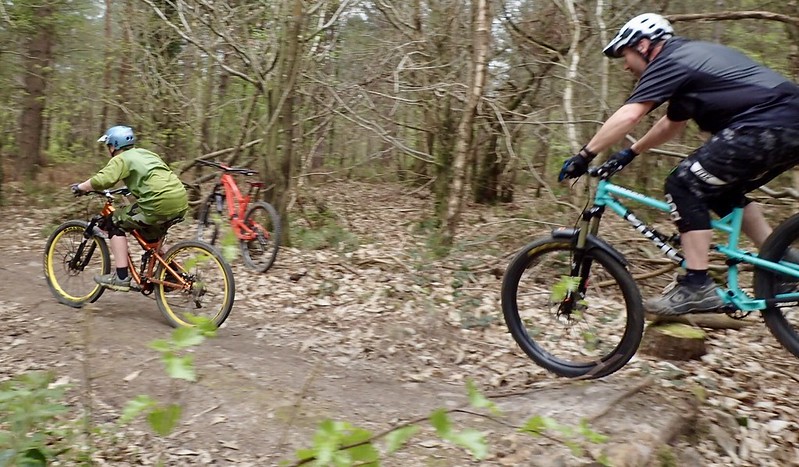 This is my good mate Dave chasing his lad Will over a gap jump. The keen eyed amongst you will notice he’s on my Cotic, which I was very happy to lend out. He loved it and gave it quite the ragging – not sure it would be used to that having been ineptly piloted by just me these last few months.

But it’s not about the bike. I really isn’t. Even longer ago, I wrote this when Dave had been involved in a life changing road accident. It wasn’t about the bike then and it certainly isn’tabout it now.

It’s about this; dicking about in the woods with your mates. Chasing your two mountain bike riding sons on perfect trails and caring not a jot they’re riding away from you. Pushing back up and doing it again. Cajoling that younger generation that uphill is fine without turning into your own dad.

I love that. My own kids aren’t really interested in riding bikes now and that’s fine too, but I couldn’t dampen a pang of jealousy when Dave was hanging out in a family train of dust and joy. Nor – because I’m intensely shallow – could I hide a little grin as I still had their measure on the ups. Problem is they’re going to get fitter and I’m certainly not going to get faster.

I’ll take that. I’ll take the bike flowing through the treesin the manor of a Jedi-Speeder trope. I’ll take Dave and I (combined age over a 100) pushing it a little bit on a buff trail hanging on to the grip of the chubbies, and giggling like the kids we are inside when we hit the fireroad. I’ll take the abandonment of a firm directive not to ride like an idiot, when this idiot needs to be intact and in Spain in seven days.

But most of all, I’ll file this ride in a back catalogue labelled ‘this is why‘, This is why we ride through the winter. This is why we beast ourselves on spin bikes in the gym. This is why I’ll haul my weary arse to circuit training knowing I’ll hate every minute of it. This is why I’ll look at a dead landscape drenched in rain and think ‘Spring is coming, isthatthebest you’ve got? Fuck it, still riding‘.

Came home. Big grin on my face. Then helped Carol move the fridge/freezer. You cannot hide fromyour real life for that long, but if that’s your thingI’d suggest mountain biking is a bloody good place todo so.