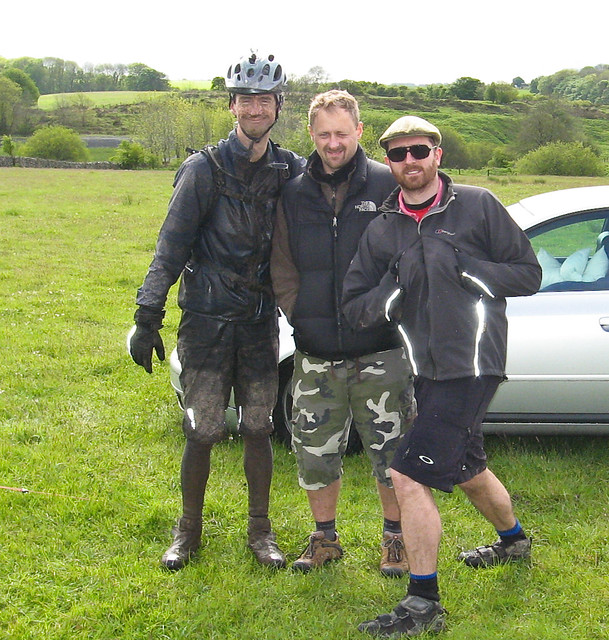 There is little more wretchedthan a famous sportsperson reversing theirretirement. Except maybe their rationale for doing so: ‘I miss the arena’ / ‘It feels like unfinished business’ / ‘I’ve kept myself in great shape’ all of which are likelyproxies for ‘Bored’ / ‘Unfulfilled’ / ‘Really need the cash‘

The results are rarely pretty. Age is not a metaphor. You can fight almost anything but entropy. And if advancing years bring any wisdom at all, surely all can see that selling a grill with your name on it beatsbeing smashed in the face by a younger man with no respect for your former glories.

Assuming you had any former glories. What evena charitable individual, with only the loosest sense of semantic rigour, maycall my ‘bike racing career‘ would be quick to point out there was neither much ‘racing‘ or ‘career‘ involved. Or sometimes even a bike that might bepresent but pointlessly static whilst the pilot downed another beer.

And yet here we find ourselves in a year where I shall make an unremarkable 50-not-out triggering areturn the the scenes of previous undistinguished performances. Not Mountain Mayhem though where no amount of expensive therapy could overcome the screaming nightmare of spending 24 hours mostly face down in a muddy swamp.

Nor some short course nonsense where serious lycra clad individuals showcase their ‘ribcage by toast rack’ under tight fitting sponsors jerseys. No it’s taken the emotional heartstrings of the previously termedCLIC-24 to drag me from my uncompetitive torpor.

We’ve had four goes at this. None which passed without incident. I’ve written extensively on exactly how packed with blood, tears, misery, snow, rain and hypothermia than only a 24 hour race in May can bring. Browsing these narratives from a period between 2009-2012 reminded me of exactly why the cessation of the event brought more joy than sorrow.

I crashed on my first ever lap. That was the sunny year where stiffening muscles were refreshed by endless sunshine. The following three flip-flopped between gales, storms, hail, rain and frozen tractor tracks. My favourite quote from the ‘bastard of 2011‘ was Nige’s ‘I rode so slowly through that icy water splash, I wasn’t sure if I was going to drown or freeze‘

I’d almost forgotten about that. Which considering 2012 was the last year I participated in anything vaguely organised is hardly surprising. Nowadays I can barely remember what I had for breakfast. But dusty brain cells were sparked by a random face-cloth feed announcing with great fanfare the new and improvedhttps://mendip24.wordpress.com was back for 2017.

Different organiser. Same great charity:https://www.teenagecancertrust.org – having two kids in that age group and reading the inspirational / heartbreaking stories on the website, it didn’t take more than a minute to fire up an email to my previous team mates in an effort to get the band back together.

Surprisingly their responses were unrelentingly positive. I say surprisingly as while my selfish riding creed has spanned the intervening years, theirs have diverged somewhat. Nig rode with me the other day for a couple of hours and admitted this was the longest ride he’d managed in about 24 months.Small children will do that to a man. Jason would consider that a proper training schedule as he hasn’t ridden AT ALL for at least three years. I know this to be true as his bike is sat in the ShedOfDreams having being deposited there after an Alps trip where Jas broke both a toe and a rib.

Dave’s been riding his road bike a bit. But in a different country. I assumed he was still there but was disabused bya reply explaining he’d snook back into ol’ blighty under the cover of darkness. They checked their diaries and found no excuses so we dusted off the ‘Hardcore Loafing‘ moniker and pledged to meet in a muddy field in a few months time.

This does not guarantee anything. One year Dave broke his bike spectacularly on the way to the start line in a transparent ruse not to ride the first lap. Jason failed to turn up at all at the following event. Nig has been a mainstay of the team although has been prone to brain-farts including riding three consecutive night laps, the lastof which pretty much ended up in a ditch.

And me? Well I’ve been consistentlyand universally rubbish. It’s not a lack of fitness, it’s more a lack of moral fibre. When the going get tough, the tough go and hide in the beer tent. Regardless of the aforementioned wisdom of age absolutely nothing has changed.

So May 13, 2017. Looking forward it it. Sat here with a glass at my right hand. Actual proximity of hard work, shit weather and potential tentage may colour that view somewhat. Still at least I have at least two bikes that will be absolutely ideal for the event. No need to spend any money there.

Which is good. As I’m seriously considering hiring a motorhome 😉