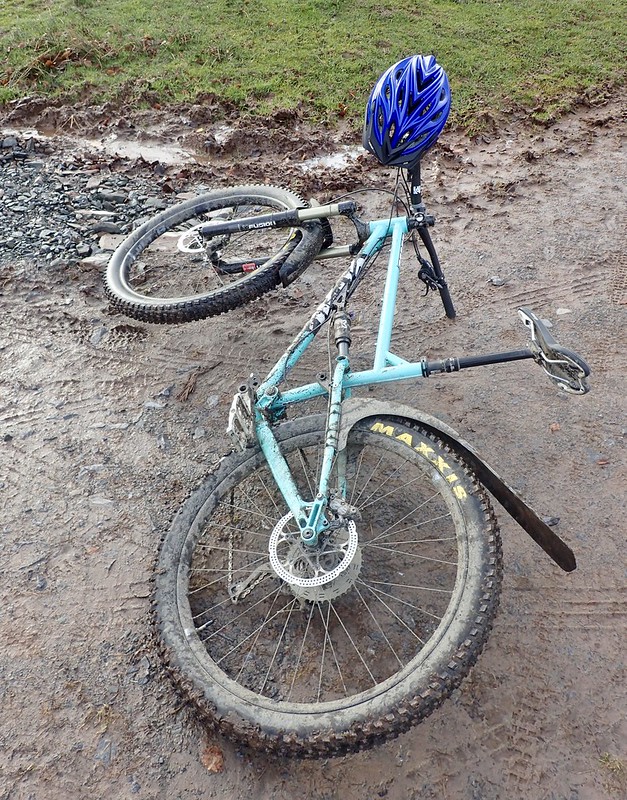 That’s what a helmet is. An independently tested bucket for the brain. The hegemonyin the Holy Trinity liturgy of the experienced mountain biker; Helmet, Camelbak and Gloves. Anything else is essentially ballast- socan be borrowed, bought or ignored.

Which is why those of us with fading faculties have a system. Riding readiness is assured by a full equipment audit the evening before. Water and food are calibrated to projected ride length, clothes are selected based on anevaluation of a minimum of three weather forecasts, and key items of personal protection are placed in prominent view.

After a previous incident of inappropriate headwear, I now carefully place my helmet and gloves above the coffee machine. There are no realistic scenarios where I shall not pass the morning jump-starter at least twice before stumbling out of the door. Systems you see, riding out or jumping in the car first, have been honed to the point that my increasing forgetfulness is mitigated by un-breachablepre-ride protocols.

Until yesterday. Which was merely symptomatic of the true cause some 12 hours previously. ‘Big ride tomorrow, not going to drink much‘ I postulated to Carol on our way to good friends for a quick lunch stop. A fine and worthy concept which – like many of my plans – failed to survive first contact with the enemy. Beer led to wine, wine morphed into gin and some seven hours later, I was dribbling on the sofa wondering how the fuck I’d lost control of most of my limbs.

The morning was difficult. One of those where everything is a mystery. Shaving with a toothbrush, taking a while to understand why your head is warm but your testicles lack coverage, struggling to understand which of the one button on the shower might release the torrent much required to cleanse the alcohol wash.

Attempting to shortcut the process of getting my shit together, I rifled through the clean laundry basket winning sufficient garments to clothe a man heading over the frozen border to Wales. Time saved was then lost as I couldn’t find my shoes. Twice. Having forgotten where I’d moved them too some 20 seconds previously. Then stuff fell off chairs, other stuff refused to fit in the bag,water leaked and Jelly Babies exploded from an unexpectedly open packet.

It was just 20 minutes of serial ‘Fuck it‘ finishing in stuffing everything that looked relevant in the big bag and chucking it in the car. Wandered once more into the Shed to scratch the nagging itch something was missing. My bike. Where the fuck is that? Oh yeah, left it at Matt’s last night.

All good then. Only five miles to drive before slumping into Adams’ van wondering if there was anoption of curling up in the back and waiting for it all to be over. But no, the 27th of December IS the Gap ride. Classic Welsh riding, two big climbs, two great descents, lots of big views in between.

Weather is always a factor. I’ve been drilled with sleet, near-drowned in trail rivers, blinded by fog, endangered by thick ice and reduced to almost tears by relentless headwinds. Today tho the calmness of the weather was a perfect juxtaposition to my rising panic that something wasn’t quite right.

Other than me obviously. We were an hour out of Ross when the problemwas finally retrievedfrom deep mental storage. Helmet exactly sixty minutes from my bag in the van. Bugger. No bike shops between us and starting the ride. Too far out to turn back. And the idea of riding rocky stuff for four hours without any kind of head protection wasn’t appealing. Maybe I could just lie in the back of the van after all.

My revelation coincided with the last decent sized town on the drive out. A solitaryoutdoor shop appeared to be open. In which there was a singlehelmet which the proprietor thought was too small. She was right, but in terms of placebo it was a perfect fit. The best£16 helmet in all of South Wales. To be fair, it was the only helmet available in all of South Wales, whichhad the dual benefit of providing minimal head protection and ensuring all my friends had a bloody good laugh at my expense.

It meant I could ride tho. And it was a stunning day to be in the mountains. Even with a helmet whose efficacy I really didn’t want to test, and a hangover which had mostly fadedafter the first three hours. At the start I worried a little about testing£16 quids of lowest cost bidder against big pointy rocks, but by the time we descended from the top of the gap, I barely even remembered its inappropriateness. 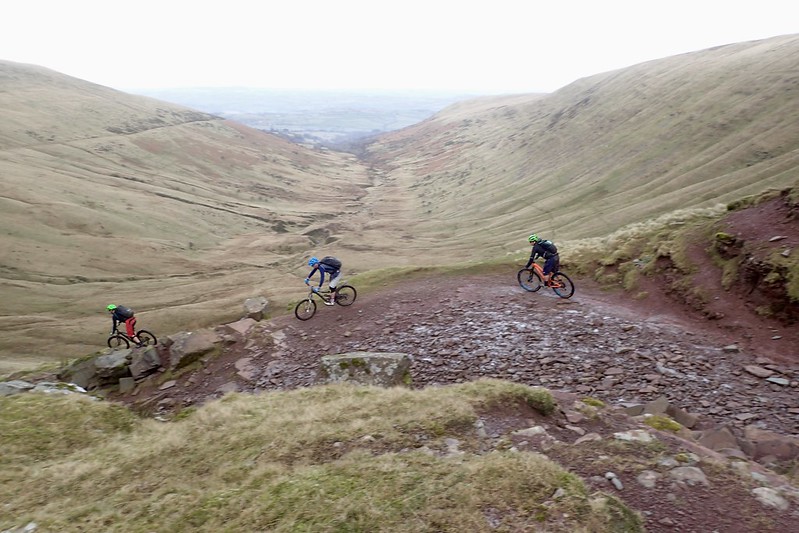 I won’t be wearing it again tho. The charity shop shall benefit instead. I might well be an idiot, but I’m not a total head-case. And next year sobriety shall be my companion on this classic ride. Along witha helmet carefullyaccounted for.