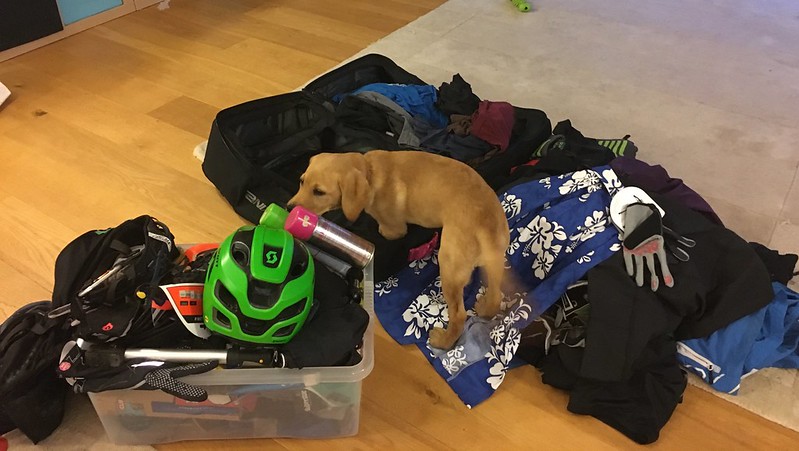 A few weeks ago, a very nice man made me an offer I couldn’t refuse. Come and work with us on this insanely complex project, defined withaspirational deadlines setby a community of the unwilling who move at all the speed of turtles wading through a sea of treacle.

Just my kind of thing. Before I sign up tho, let me raisethe little matter of buggering off for 6 working daysafter putting in a massive shift of a full two weeks. Fine he said. I am so damn lucky to work for these kind of people. Still after a decade and a bit in financial services, I think I’m probably owed 😉

These two weeks tho. Blimey. Reintroducing myself to the wobbly spectrum of higher education after two months of sloth kick started my delivery gene. Give me a deadline and you’ll create a monster. We have many deadlines, all of them requiring much in the production of fully fledged plans and artefacts that’ll survivethe harsh light of academic peer review.

Best get busy then. Not easy when being pinged from one end of the country to another on 7am flights and late finishes. All the time wondering if we are the last generation to embrace the devil that is email, how come we got the rough end of that particular deal? You have 93 new messages and most of them appear to be at least mildly vexed.

All this against a backdrop of podium form dithering of which bike to take. First world problems right there. It’s bad enough waking up at 3am in the morning having a OMFG vocational moment, without it being followed by ‘well the chubby has rubbish tyres, but I think it’s more fun. Maybe if I packed Matt’s van floor to ceiling with spare tubes and fashioned some kind of bike trailer, it could be a goer‘.

It probably couldn’t. And the prospect of pissing off my best friends for days on end as I’m stuck if a viscous cycle of shredded rubber* finally convinced me to take the Aeris. Especially after Matt had used all sorts of percussion to remove 10 recalcitrant bearingsall of which were on the wrong side of a bit tired.

I felt terrible addingthat the seatpost has a bad case of droop seemingly brought on by introducingthe FlareMax into the ShedofDreams. Before that tho, fitting box fresh bearings into the frame was a team effort where I was allowed to wield the hammer. I’ve never really doubted Matt’s bravery on a bike, but frankly this was almost like a suicide wish.

Amazingly un-clubbed, he used those digits to strip layers of the Reverb in the manner of a man dismantling a priceless Russian Doll** before declaring it was broken beyond even the rambling pantheon of his spare parts bin.

It’s fixed now of course. Took no time at all once I wasn’t involved, having been trapped in the Great Western Railway vortex of exploding signals***. An experience I’ll be repeating over the next two days while spares are accumulated, tools are selected and vans are packed.

My only job is to get my personal gear together. A job made harder by the vastness of my clothing collection far outstripping anything that’d pass as normal wear. And my inability to create order from chaos when considering a massive pile of stuff and a small bag.

The resolution of which I have Carol to thank who through some kind of innate ability to dry-stone-wall filed much stuff into not much space. I decided my best contribution would be to perform a fire sale on my inbox using cold beer as an accelerant.

Ready then? Not really. Excited tho. Road-trips still do this and it’ll be a sad day when they don’t. Two days of standing up in front of many people exuding a thin veneer of professionalism. before running away fora week of liver damage interspersed with amazing riding.

I wonder if I packed any pants? Only eight days, it’ll be fine.

*I’ll probably piss them off with all sorts of other stuff. No point getting ahead of myself here.

** I know what some of you are thinking. Really, I blame the internet.