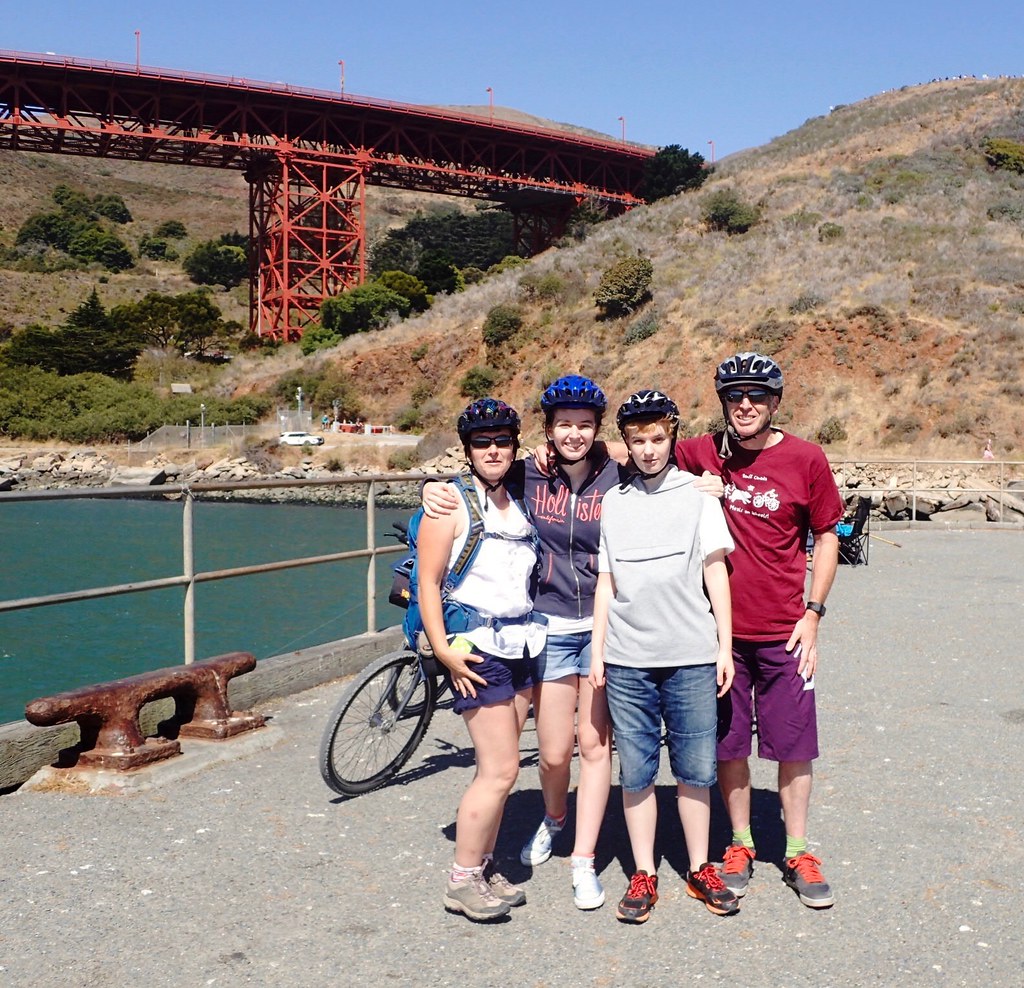 (wrote this while we were in San Francisco. Seems a long time ago now!)

There are so many. Epic days lost in the mist shroudinghigh places, dust blind on summeralpine singletrack, numb fingered on frosty night rides with owls silhouetted under a harvest moon, or summer days heart bursting betweenthe trees and always a beer to finish.

These are good of course, great even. Retrieved from deep storage when spiteful rain smashes office window panes. Shared experiences withthose who are a bit like you, who ‘get it’, who know the rolled eyes of partners who don’t. There’s much to celebrate here- like minded friends and awesome trails. It should be enough but strangely it isn’t.

The skeleton in the closet is made flesh each time you leave the house and abandon those in your care. They say it’s fine and mostly it is, but this doesn’t absolve you of the guilt that you could have done more. It fails to assuage the regret of being a bit of a rubbish Dad. It exposes the vicarious failing of making thosein your image.

I taught my wife to ride. It went well right up to the point where she ended up in hospital. Undaunted my kids received similar training progressing from stabilisers to full on bling mountain bikes in all the time you could ask ‘are you enjoying this?‘, One of them did before encountering teenage-ism, the other less so trying hard but mostly spending his time lying in bushes wondering if we could go home now.

So I gave up. Three bikes gathered dust on the wall whilst mine were campaigned through many seasons, ever changing but anchored by theconstant that it was all about me. Today we changed thata little bit and now I finally get it’s not about the bike.

San Francisco is a very bike-y city. Can’t move for the bloody things weaving between the ear-phoned runners and deluded segway riders. Many of the 17 million visitors a year wobble dangerously on brilliant shared cycle paths heading mostly to the iconic bridge and occasionally into the local scrub.

Two of my family don’t ride at all. Aproblem solved findingone of the bike-hiring multitude offered tandems of dubious provenance. We hired a pair, one with rusted forks offering around two kilos of weight in exchange foran inch of travel,the other shod with tyres exactly one generation downstream from the discovery of vulcanisation.

Initial Leigh to Bicycle interfaces didn’t go so well. Brakes the wrong way round would have been a problem had they offered anything but bar mounted accessorisaion. About the front brake? Yes? I would have liked one. Those bars spanned a width last seen on 1980s race bikes from whichthe vertical head angle had been stolen. It should not be possible that any bike with a length occupyingtwo States simultaneouslyto be eyebrow-steeringly twitchy. And yet through the magic of geometry I found myself wobbling in the direction of the Pacific while sawing desperately at the hip width bars.

And I ride bikes a lot, My youngest daughter has barely swung a leg over a top tube for a year and while game, was in danger of chucking herself and her brother into a passing taxi.

Family meeting. Kids split between bikes. I get the nervous eldest as my stoker and Carol’s bravely assumed the rear position on the drunken perambulator piloted by Jess. It’s hard to think of what possibly could go wrong.

Nothing did. We rode brilliant bike paths, were overtaken by keen joggers, stopped a hundredtimes to capture jaw dropping vistas, pushed a bit, pedalled a bit more all the time making inexorable progress towards the bridge. Progress briefly halted when the family idiot abandoned his helmet atthe bottom of one of the few chewy climbs on the route.

Dispatch the stoker and head back down. I’ve ridden many rubbish mountain bikes on sketchy descents and been properly scared. Yet nothing prepared me for the terror of 45lbs of acute-angled pig iron barely adhered to the tarmac on perished tyres. I cannot believe you’d ride one of these off road. And survive anyway.

The bridge was amazing – windy, crowded and noisy but amazing nevertheless. I was heart-burstingly proud of our little family getting it done, ignoring the carbon transported, Rapha clothed, shaven legged weekend heroes passing with an inch to spare*, instead being open mouthed at the view and the very fact we were riding this iconic infrastructure mostly only seen being destroyed in movies.

The descent under the bridge wasn’t without incident. I’ve got the boy leaning in and we’re topping 40kph on tyres held together by a few threads and habit while, not far behind us, Jess and Carol are close to bouncing off walls due to what I’ll charitably call Jess’s lack of spacial awareness.

We survive and it’s 3km up one big hill and then cruising down the far side to the ferry. Time for an ice cream and some high fives. There’s talk of tender arses and weary legs but that’s the first sniff of complaint I’ve heard all day.

This ride had no technical difficulty. We averaged a speed that wouldn’t trouble a weekend jogger.The bikes were terrible. But they were also awesome being the medium in which we all had a bloody lovely time, Last time I crossed the Golden Gate bridge was on a Harley some 15 years ago with a bunch of like-minded mates.

That was great. This was better. It’s really not about the bike.

*on my way back up the hill after forgetting my helmet, I overtook two roadies and kept them behind all the way, Awardingme a strava position of 7,205 of 22,000 on that climb. Says way more about them that me 🙂