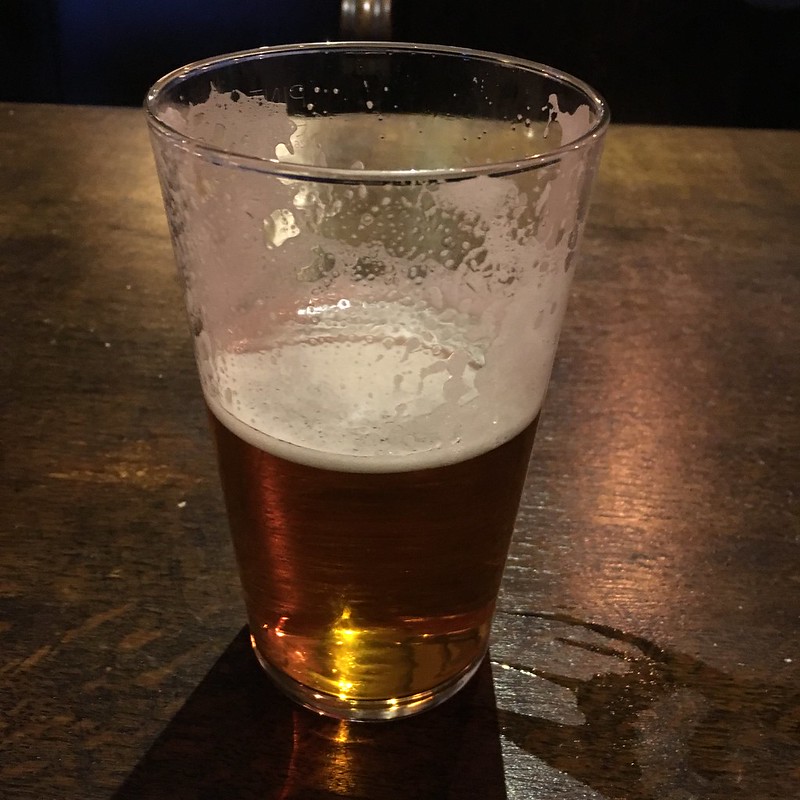 You know the ones. Like funnelling Stilton into your face at 11pm but amped to the max, and augmented by navigational discombobulation. Wake up in a ‘What the FUCK just happened?’ sweat and swerve a series of non obstacles before resting your confused little head against the cool tiles of the beer recycler*. I’ve not missed that at all.

30 daysoff the beer has turned me into that evangelical ex-imbiberdispensing half-baked opinions on how that next pint will surely kill you. In a month which stretched the Julian calendar to around 500 days for just one of twelve, many insights have fired through the conduit of serial sobriety. A state of being missing from this individual for about as long as exchanging cash for alcohol was barely legal.

There’s non more boring that those making judgement calls on their own life choices before confusing that experience as something which might be of interest to others. I promise not to be one of those with a couple of beers inside me and another one to my right hand. Instead I’ll chart how an abstinence prism sheds light on a learnedhabit and something a little darker.

Here’s a bunch of things where alcohol was either a crutch or a trigger; writing things, dealing with things, riding things, Friday night things. All of those felt mostly impossible without the crack of a beer-top or a cork. And that’s a crock of shit frankly – it’s nothing more than self medication for the feeble minded.

There are some – let’s take Hunter S. Thomson as an example – whose output was explicitlymatched to his input. Coke, Cigs and Courvoisier mostly. The rest of us pretend our muse comes easily to hand in a glass, while in realitythat’s just an excuse for another drink. The best stuff I’ve written is conceivedin the visceral dusk of a brightly lit event. Beer canfuel those words but like all accelerants it should be treated with some care. Pretentiousness can explode and sentence construction implode.

Difficult stuff shouts loudevery day sosometimes muting it feels like a bloody good idea. Which is something entirely different to dealing with it. Or dealing with it rationally anyway. Rarely have I woken up after a skin-full thinking ‘wow I’m really proud of the way I behaved last night’.

Post ride beer tho. That’s a thing alright. Slogging all day throughthe damp needs a sparkto light the way to better times. Try that with lime and soda and it’s all looking at watches and making excuses to go home. Worthy thatmight be, but the experience of riding bikes has a strong link to stuff atthe heart of the periphery, and a ‘planning pint’ is a big part of that.

Friday nights tho are just an excuse to crack open the medication. While the long winter nights have hardly flown by, Friday is just another day. Habit suggests you’ve somehow earned a session nose down in the beer trough regardless of what’s come before. That’s unlikely to pass any kind of cursory re-examination.

Don’t get me wrong. I’m not advocating abstinence. Oh God no. The first sip of a beer after 30 days of exactly that was a bit disappointing. The next half pint and the refill reacquainted me with an old friend who I’d really missed. So good was the feeling, it seemed entirely apposite to make good use of the rack of beers that’d been mocking me for the last month.

And yet. In that month I’ve lost my winter fat – 6lbs of it – on a diet of cordial, cheese and a chunkof misery. My belt goes one notch tighter and there are visible ribs which on a man of my antiquity would normally only be seen during an autopsy.

Better than than, riding bikes is a bit easier. There’s much I lack when attempting to pilot a mountain bike, but riding with a hangover is a skill hard learned. I’m pretty damn good at it and never considered that it might be impeding my useless performance. It does, massively. The bad days put down to middle age and niggling injuries pretty much disappear on waking clear headed and ready to ride.

Jeez that sounds so fucking worthy. Let’s put this thing to bed before I pretend I’ve made some real lifestyle changes. That’s a future disappointment I just don’t need. What I’ve learned is alcohol is a wonderful drug – let’s hope they never ban it. But like chocolates, crisps and chippy dinners, it’s a treat, not the first thing you head for after a shitty day.

I missed it way less than I thought I would. But somehow meeting that old friend again has reminded me why it’ll always be a thing; for excuses, for reasons, and on crazy days for no reason at all. Absence makes the heart grow fonder perhaps.

Dunno. Need to think about that. Probably be easier with another beer.

*one of my favourite Terry Pratchett lines was ‘In Ankh Morpork you can buy anything, except for beer and women which are merely rented‘.