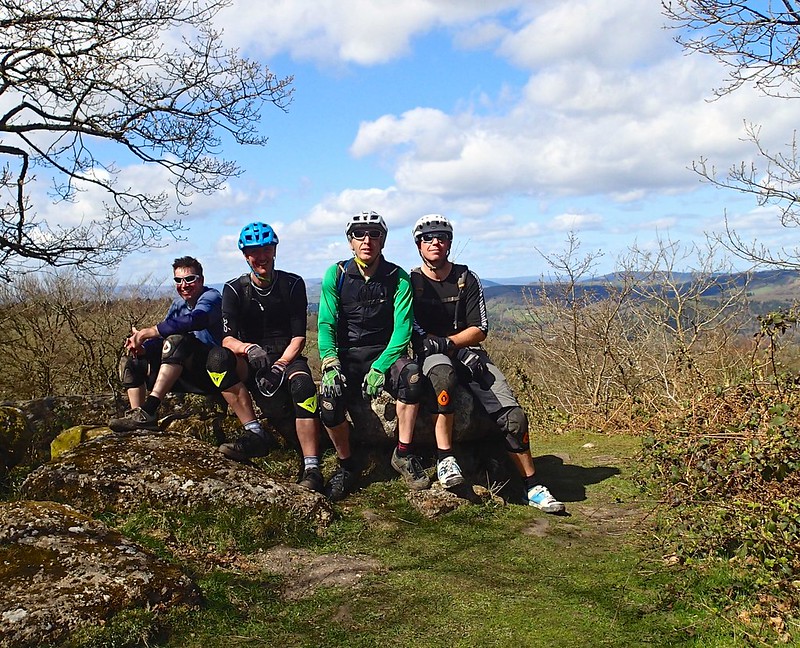 Bikes in: 3, bikes out: 2. Injuries: a few taking ever longer to heal – currently painful knee failing to respond to physio of alcohol self medication, mild mouselung and random twinges. 2.5kg heavier than 30th Dec 2014. Ridden about the same so either I’m taking it easy on the climbs or going hard in the bar afterwards. Probably both.

Statistics are like a bikini: what they reveal is interesting but what they hide is vital, therefore I use themlike a drunk uses a lampost – for support, not illumination. And that’swhy the app generating these numbers just had the ‘X’ treatment on my phone.

It’s been another brilliant year for riding. But every one while you still can will be. Tempered quite rightly by the loss of Jenn Hill who crammed more into her 38 years that most of us will in a full lifespan.

For me, it’s been about limits and limitations. I got a kick out of riding gap jumps at 48 and a real terror of falling under Mount Ventoux. Probably not any faster, might even be slowing down. That’s another reason to dump Strava before the numbers on the screen challenge cognitive dissidence.

It’s hard to know why in 2015 riding with my friends was as much fun as the actual riding. That’s three of the buggers up there. Always there with a ready quip as you’re fetching yourself from the undergrowth, or insisting a yomp over that next snow filled valley under a setting sun representsa better option than quitting on the grounds of frostbite.

I rode on my own about ten times. Better than not riding but not by much. Spent the other 150 rides laughing, crashing, sweating up the hills and hanging on the other way. Always followed by beer and more laughter. Not sure you’d get that from golf.

It wasn’t until the last weeks of December I took a whole week off from riding. It did nothing or my knee nor stayed encroaching grumpiness. Two days at Afan sorted the latter our whilst I ignored the former. Didn’t feel particularly fit, nor terribly fast. But when sitting outside drinking tea in the sunshine with a couple of mates and the bikes in view, those real or imaginary statistics hardly mattered.

Perspective is the thing. We’re half way out of the dark. A month more and the bluebells will be pushing through the forest floor. Two weeks after that and we’re night riding without lights. Then it’s endless riding on hard packed trails somewhere fantastic.

I don’t do new years resolutions. It’s just stupid. If you want to make a change, you’re hardly going to wait for something external to trigger it. There’s something about choices tho – for me it’s about dealing with stuff you want to change and pretty much ignoring everything you can’t.

That’s more about people than things. I’m coming round to that view of the world. Come on then 2016, let’s be having you. Not sure I’m ready but that definitely falls into the second category.