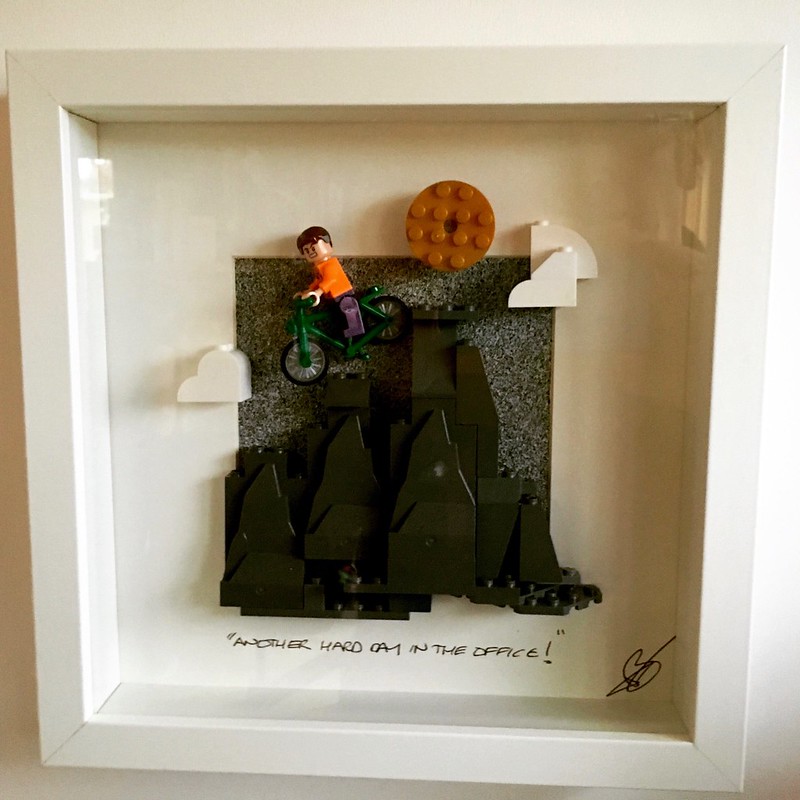 .. a problem mostly. Rampant consumerism chasing a 24 hour lifestyle long divorced from apagan ceremony celebrating the next 364 days being lighter than this one. Which itself was stolen for a faith pretty much predicated on no one finding the bodies.

I’m rubbish at both giving and receiving*. Magpie eye fills the shed with poorly-justified stuff, whileanything more busts societal norms on what passes for gifts forthe festive season. Working out the desires of even those closest to me is something between a challenge and a conundrum. Heavy hints helpnot at all, what I need is a detailed list with shop postcodes.

Playing to my strengths, I engaged my youngest daughter in Faustian pact where she played the part of ‘personal shopper‘ and I threw cash inwhatever random direction she pointed. Until she kindlyexplainedmy physical part in this transaction was largely pointless. So I just handed over crisp notes and sent her on her way.

I’m not terribly proud of that. Nor, on declaring when she returned, ‘Wow I’ve done really well this year. What a a fine selection of presents‘. Having already pretty much scraped rock bottom, I mined the seam a little deeper by sendingsaid child in the direction of the wrapping paper.

I’ve already had my present. Fuck, let’s get it out here. I’ve had presents every time the postman struggles under the weight of bike related internet shopping. And when I’m not here to fetch those in, I’m away riding my bike a 1000 miles from home.

Still we pretended the traditional – if somewhat contrived – gift was the fat bike, which I feel is in keeping with the stupidity of buying stuff for which you’ve neither a need or an excuse. I assuaged any purchasing guilt with an all-family assault on the Nurf Gun aisle of the local ToysRus. Toys R ours more like with an arsenal acquired equipping the four of us with sufficient weaponryto declare war on Worcestershire.

Arriving home, a strict edict was laid down that no-one was to ‘Nurf the Murf‘, That lasted about two minutes as an enthusiasm for battle was joined with accuracy best thought of as pellets occasionally heading in a similardirectiontowhichthe barrel was pointed.

Amusing carnage ensued. And continued this morning as the apparent birth of our saviour was marked by a pre-breakfast enfilading attack where one brave but outnumbered soldier took a round to the tesiclappers. Let me tell you, those foam cartridges carry a punch from close range. Even the dog – now officially categorised as a non combatant – winced.

Weapons of mass distraction holstered, teenage children were dragged away from the lure of brightly wrapped presents asthat dog needed walking. Because, as a parent of kids of a certain age, it’s important to ruthlessly exert what little authority you have left.

Present opening resembled a significant explosion at a paper wrapping factory. Ground Zero revealed happy family members with little of the bemusement that comes when well meaning relatives attempt to regress 60 years toconsider what a 14 year old might really want.

I wasn’t expecting anything. Surprisingly then my presents were bloody brilliant. Dave The Minion has now been installed above this very screen in a parody of a novelty web cam. A new dog-shaped toy named’Hope’ is the facsimile of the puppy only one family member really, REALLY wants.

But best of all is in that picture. Green bike. Purple Shorts. Orange Top. Mountains. Hair. Four out of five isn’t bad. While I was dispatching Jess to find presents for her mum, so I could sit in front of this screen striving to hit other peoples deadlines, Carol spent bloody ages getting a very clever man to custom build me my happy place in a medium that I love.

It’s sat above and too the right of this Mac. To the leftis the Singletrack 100 poster bought to support Jenn’s chosen charities. Closing all these applications reveals a picture of me riding exposed singletrack under cloudless Spanish skies. That’s not a bad place to spend your time.

I’m pretty ambivalent about Christmas. Always think it’d be fab to live in the Southern Hemisphere where an enforced holiday just meansdusty trails waiting for the cycling obsessed. Not this endless wet greyness which is nothing more than a meteorologically triggered suicidewatch.

And yet today I’m not so sure. I’m still shit at it, but those around me are not. They probably deserve better. Certainly they understand me far better than I get what makes them tick. Which probably doesn’t excuse my desperation for Monday to come around so I can go ride in South Wales for two days with not often seen friends.

Yeah they get me alright. For which I am entirely – if not always vocally – immensely grateful. Christmas is stupid, families on the other hand are really quite fantastic.

*there’s a joke in there. Not entirely appropriate for the festive season