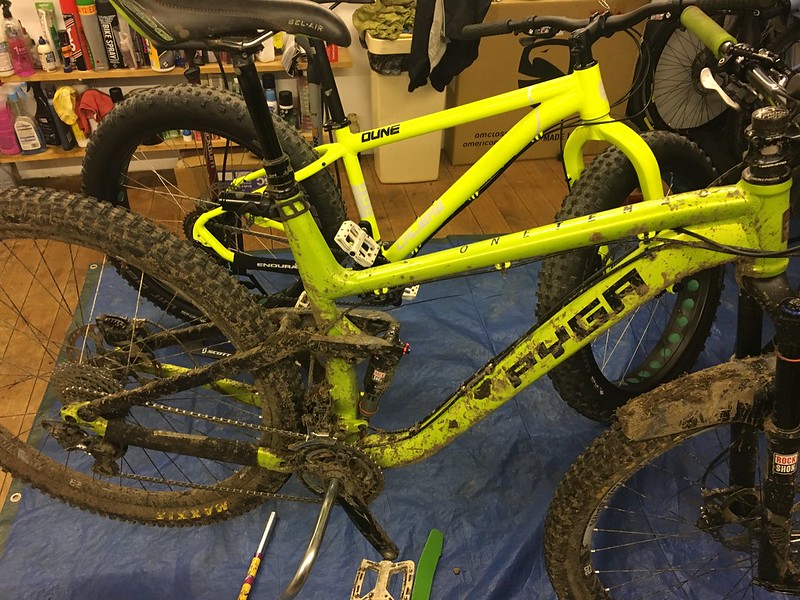 Today we talked about training. It’s important to provide some context here; we were sat outside the pub wolfing down crisps and re-hydrating with Wye Valley’s finest liquid products.

We’re vaguely familiar with the concept of junk miles. We’ve heard about rest days. We’re aware other dabble in the mystical world of Vo2 thresholds. There was however a universal ‘what-the-fuck-really’? when the alien concept of weighing ones food was introduced.

It’s fair to say training programmes are generally happening to someone else. Not that we sneer at such efforts from a position of medical certainty. The last time Matt wondered aloud what the bump on his head might be, the Saracens Head Oncology Unit instantly diagnosed him with a life threatening tumour. Or Cat Aids. Possibly both.

We just ride loads. And, in my case, drink too much, attack cheese in the kind of frenzy last campaigned by the Mongol Hoards and rarely pass the biscuit barrel without making a significant withdrawal. Which may explain why some days you sit astride your bicycle bending mountains to your will, and others when the entire ride is spent wondering who signed the holiday chit for both your lungs and legs.

Today was more of a ‘I can see my legs but they’re not taking much input from the skull hosted root vegetable’. Always ready to blame something else, my first excuse was the prevailing ground conditions tending to the wearisome plasticine. Didn’t seem to be slowing the others down much. Switching channels, the issue was obviously a bike unridden for three months.

That’ll be the Pyga then. Now sporting a longer fork and a fat rear tyre. It felt a little dead after the Aeris, but hard to target it as the problem since it’s carried me over 4000 kilometres in these last two years. Short of a hovercraft, there’s nothing stopping me being at least average other than just being me.

In despair, I rooted deep into the pack harvesting a sickly energy gel of doubtful provenance. Two hours in and threemoreto go – because that’s the minimum period to qualify for a Doran Death March – any kind of supplement was beyond welcome and deep into necessary.

I’ve always had a deep-seated, if entirely illogical, mistrust of this kind of thing. My experience of gels isnot what’s in the inside. During my long yet undistinguished racing career, sticky wrappers clung to innocent foliage inside the tapes. Lots of middle placed pilots struggling with a humour bypass felt the best thing about being outside was to litter it with non biodegradable packaging.

Not me. Mid pack at best but right on. Bananas, malt loaf, any wrappers stuffed into shorts not stay pressing my crotch. Tutting as those whippets wrestled their way past – fast you may be, but a planet loving human you are not. It was practically Yoda.

So mid ride stops tend to coalesce around establishments selling outsized bacon sandwiches. Washed down with sugar suspended in strong black coffee. None of those things were immediately available, leaving me nooption other than tochug down agelatinous creation promising instant pep through the flavour of summer fruits.

Ugh. Gag Reflex. No instantPopeye muscle popping. Ten minutes later though my legs came back on-line givingat least a passing resemblance to limbs which may yet power me up a few more hills. What kind of Elven magic is this? I’m well practiced in mainlining the 6:30am double coffee shot with added caffeine but this was something entirely different.

It didn’t stop me riding like a total spanner of course. See previous excuses re: conditions and bike. But it did get me as far as the pub where any post-gel crashes were cushioned by a pint. Then – just to be sure – another one. 60km of slop and slide left me pretty much empty, but I filled right back up avidly discussing plans for the winter and stupid challenges when the sun finallyreturns to the Northern Hemisphere.

I broadcasted a text to the riding crew in the vein of what a bloody good laugh it was*. Summarising the replies is illustrative to why we get up at 7am to throw ourselves at the scenery: ‘gets rid of the crap of the previous and prepares you for the shit of the upcoming week. It’s what makes us, us’

That +lots. The gel saved my ride. The ride saves all sorts of other things. I don’t want to train. I’m not interested in diets and supplements. Being fit is the symptom not the cause. Riding bikes is what makes us, us.

**for a given value of amusing.