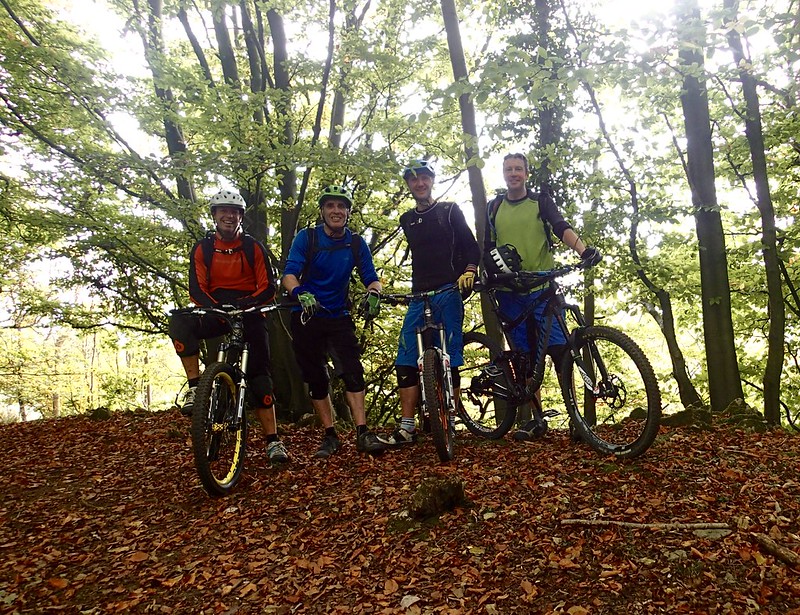 So my friend Jenn succumbed to the total bastard that is cancer lastFriday night. She was 38 years old. At times like this, luadable homilies are deployed to assuage the pain: ‘there is now no more suffering‘ and ‘the worth in a life can be defined by the gap that it leaves’

Which I suppose is lovely and fine. Not entirely helpful though for those closest to Jenn now staring into that gap. I don’t include myself in that circle – as I said before we were friends, good friends I hope but not more than that. What I remember most about Jenn is her open heartedness, her instinct to help others and her unwavering joy at being alive.

On a cold and wet northern ride nearly ten years ago, I asked Jenn what she thought of a test bike she was riding and a minute later I was riding it myself. An hour after that – through my awesome powers of mechanical savagery having jammed my chain around the bottom bracket – Jenn rocked up, had a giggle, whipped out her chain tool and fixedit about the time it’d taken me to look at it, wrench it, swear at it and give it a well deserved kicking.

Small things, happy memories. Many who knew her better have many more. The outpouring of understandable grief would bring tears to the hardest hearted. I’m not one of those soit’s without a hint of embarrassment I’ll admit to havingmore than the occasional blub.

So we rode. Of course we did. That’s what we do. This is our Church. Turning circles unwinds our angst; makes sense of the world; stops the introspection; starts finding important things. Maybe if conditions were shit under stair-rods of rain depression might have set in, but we had none of that.

I believe in pretty much nothing tainted by religion, yetriding 60km of dry singletrack under benign skies with friends I love as brothers had me giving a brief nod to those who confuse beliefwith faith. Determined to make the ride matter somehow, I gave myself a stern 8am talking too re: not riding like a twat, not taking this stuff for granted, not being some kind of emotional cripple. Went well, even the dog looked impressed.

Go ride. First up a gap I’ve never done or even seen. Straight over without even checking it out. Worked our way back up the valley to descend a serpent shaped trail finishing with a deep-breath committed vertical roll in with consequences for imprecise lines. Never even stopped to have a look.

Gravel fireroad, pushing into a loose corner, front went and a second later so did a stomping foot bashingthe bike back onto line. I can’t ride like this. Not for long anyway but right now I’m the lucky bastard with the choice to do so. So get on with it.

On and on. I bottled one thing that’s been giving me the eye for a year or so and watched Cez launch long and stupid over something much removed from stuff I consider in mysphere of sanity. But that’s okay, still pushing it a bit, still having a laugh, still taking the piss, still doing the thing which defines us and – as importantly – our community.

I’ve seen many posts ‘I don’t know Jenn but thoughts to her family and friends‘. It’s easy to be cynical about this – say the right thing for group approval but I’m confident this is our tribe closing ranks and lamenting the loss of a good one. Social media is a bastard tho, Tom (Jenn’s husband) posted a pic of Jenns’ favourite bike with a ‘fuck cancer’ sticker on the seat-tube and no rider. Pass me those tissues.

And that got me thinking onwhat was brilliant about today’s ride. It wasn’t the loamy trails holding your tyres before throwing them off in an entirely predictable direction. It wasn’t risking a little to finda lot of stuff that’d been hidden in the oft visited drawer of ‘I’ll do that next time’. It wasn’t even encouraging others in their endeavours while being genuinely delighted they rode stuff you did not.

No. It was something quite different. 11km of tarmac separates us from our post ride pub finish and home. It’s mostly uphill and not a whole load of fun especially with the cold descending from grey clamped skies and every pedal stroke battling a rising headwind.

We’re not roadies. So we never leave a mate. No one gets shot out of the back. We trained our way back with a tag-team of wind takers without a word being said. Every 10 pedal strokes had us swivelling eyeballs over shoulders. Knackered riders took their turn even when it was clearly hurting.

Close to the end we slowed to a pace entirely appropriate for those blowing it someway out of their arse. Your individual speed matters not a jot. That has no place here, you are a member of a team, a community if you will of riders who look out for their own. The needsof the many is far more important that the prowess of the one.

We talk often about not taking riding mountain bikes in amazing places for granted. And we’re missing the point by a million miles. What matters is being there for each other, being part of a close knit group of the like-minded, being included and being part of something rather nebulous, slightly cliquey and endlesslyfantastic.

We’ve lost a great one one in Jenn. Let’s not fuck about and pretend anything different. But what a privilege it is to have been part of her world and ourwider bike riding community.

It’s not the gap that people leave. It’s how they make you feel when they’re gone. Go hug someone you love. And raise a glass for those so cruelly taken you cannot.

One thought on “Some stuff is important. It’s not what you think”