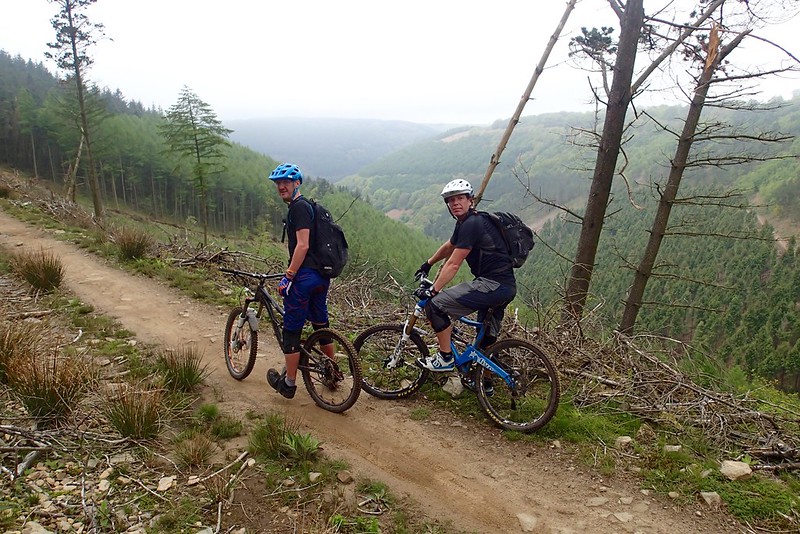 Have you ever had the the feeling you’re a minnow pretending to be a shark? No? Really? I get it all the time, sometimes professionally which is easily mitigated by astrategy of winging it- an approachserving me well duringthe last twenty years. And asoften riding mountain bikes, where that doesn’t work at all.

There’s a strange juxtaposition of a digital record proving you are faster than 75% of people you’ve never met, while being 10% slower than those whoyou know. Placing yourself as tail-end charlie does get a little wearing as those with more skills and less imagination flick perfect turns, while you fall ever further behind attemptingto reenact apparently simple techniques to forestall a squishy tree hybrid.

Sometimes I wonder if I think too much. Heading into an apex – and every apex feels like the one which ripped my knee open triggering an extensive hospital stay – mentally there is all sorts going on, setting an edge, point hips at the exit, pushing the bars, leaning the bike not me and all that skills-course mental memory.

The physical manifestationis somewhat different. It’s not representative of whats going on in my head, leaving me sufficient time to disconnect the frontal lobe and go with thescreaming hind brain to ‘slow the fuck down’. Which I do. And blow the corner. That’s quite annoying. Possibly tending to the understatement hereas it’ll keep me awake beyondthe midnight hour, becausemental castigation fails to trigger the appropriate physical moves.

Big rocky stuffwith pain etched on every pointy granite formation? Fine, let me at it. Reasonable sized jumps with no obvious landing other than ‘something over there’? Okay with that thanks very much. Flat corner of 30 degrees or more with an apex perpendicular to a tree? Pass me some logs and I’ll portage my way round. It’ll be quicker.

It doesn’t stop me loving riding mountain bikes, but it is a bit bloody irritating. Watching other riders, apparently unconcerned by the prospect of a tyre offering slightly less grip than they expected, or the trail failing to deliver an apex where they were expecting it makes me wonder if I’m just a bit nesh.

Well I am. But I know what bravery feels like. It’s being shit scared and doing it anyway. Done loads of that and surfed long on the dopamine rewards. There’s just something about long corners that messes with my head and no amount of skills courses, givingmyself a good talking too or following those lacking the fear can really fix.

I shall go and practice. And that’ll be fine. On my own with no peer pressure there will be a complicit pretence I’ve cracked it, only for muscle memory and latent fear to rear their ugly heads in a parody of Medusa. Snakes on the trail and all that.

This isn’t about being as quick as someone else. I’ve lost that urge at the same time as most of my body fat. I can beat more than a few uphill but that’snot ametric I’m measuring myself against. I can get fitter still, but can I get braver? Not sure.

Cwmcarn a fwqweekends ago was great. Except for the bits when I watched Matt and Cez dive through the bends in a way I cannot. That bothers me far more than it should. I’ve ridden a million corners and crashed on only a few. Unfortunately those incidents have left me physically and mentally scared.

Only one of those has healed. I’m stupidly lucky to be able to ride Mountain Bikes whenever I want on fantastic trails with people who are my greatest friends. And yet, there’s something missing. Something not quite right. Two choices; go ride with those for whom getting down uninjured is as good as it gets, or stop obsessing about something that broke me overseven years ago.

Looking through the corner is one thing. Chasing the crash images out of my mind is something else entirely.