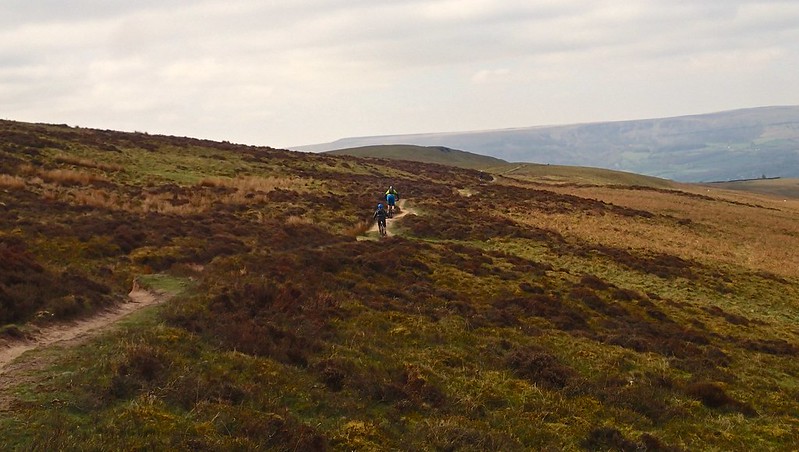 How do you catalogue a ride? Is it simply plotting an intersect of time and distance on an XY scale? That feels like a flat representation* – because then how should climbing be represented? Weather conditions? Trail state? What’s going on under your wheels and inside your head? Maybe it’s all about Strava and beating all those people who don’t know you, and care less how fast you are?

Maybe it isn’t. We need to add some richness to the canon of riding experience. And I’m here to help introducing a new metric covering all those things and more**. it’s a simple base ten scale bounded by a furtherten integers encompassing many characteristicswhichcan be rated, and a few more that are somewhat more qualitative. Ladies and Gentlemen I proudly introduce ‘The Doran Scale’

Named after my riding mate Matt whose surname is often suffixed with ‘Death March’ as pleasant enough rides descend into benightment, brokenness and a belief you may not see tomorrow. That might be a local ride which starts at 9am with theinnocent question if one is packing lights, or some ridiculously optimistic plan to summit half of South Wales in Midwinter having started late because someone fancied a coffee.

There are many, many examples where a little part of me cravenly promises to stop being quite so stupid if you’ll get me off this mountain, uninjured, just one more time. At least one more where, after a day of slithering darkly though midwinter sludge,we foundourselves at twilight some 10 kilometres from home with a single light between us. On the downside that was a rear light, on the upside there was a lot more light in the nearby pub so we went there instead and kind of winged it from there.

All of these rate about an 8 on the Doran scale. I’ve yet to encounter a 10 because a) ambulances would be called and b) the collateral damage would be in the vein of ‘No sorry Dave didn’t make it‘. If we’re not completely lost under sideways hail on a big hill somewhere far from home with a major mechanical and the closing in of the night, it’s barely more than a 5. Special consideration can be given for a new fusion sport of via ferreta and mountain biking as difficult to carry wheeled objects are passed hand to hand across treacherous slopes.

Which reminds me of the Black Mountains questwe attemptedlast year in early Feb after it’d rained for the previousmonth. It didn’t rain on the day we rodeit because, somewhat predictably, it was already snowing. Poor old Steve hadn’t yet been inducted into the Doran scale and only oncewe’d bog snorkelled for 30 kilometres did he get the chance to hurt himself properly while falling off the side of Y Das. Slippery? Put it in a suit you could call it David Cameron. Yes, it really was that slimy.

I rescued him through the simple process of repurposing my bike as a rope and throwing it downhill while firmlygraspingthe otherend. Winching him back took a while but eventually we reacquainted ourself with solid if soggy ground. ‘Welcome‘ I said, ‘this is about an 7.‘

This time round the ground was quite a lot drier. The temperatures though had dropped from early Spring highs to an alarm-bonging 3 degrees, the sky and ground met in grey clamping cloud,unshifted by a bitter wind. A solid 5 with potential for a 6 or even a 7 as two new navigational gambits were in play***.

The first saw us rather boringly climbing a long fire road with absolutely no bike carrying, chopping down of fallen trees or multiple U-Turns. At the top, the sun shone briefly on a dusty landscape full of possibilities but not puddles. Very odd indeed. It was like a rubbishb-movie when the hero exclaims ‘it’s too quiet’ seconds before the thing eats him.

My box-freshbike was lovely though the medium of ‘new purchaseglasses’ but still didn’t feel quite right – easily diagnosed by those who ignored my fantasy that I was about 10 stone fully kitted up. A bit more air lead to a bit more air and quite a bit less clattering of pedals, as we dropped through a descent that, last year, had seen me picking an increasingly desperate line ending somewhere miles from the actual trail. Slick Mud will do that.

The rest of the ride was a combination of marvelling at real dust in Wales in April and shivering whenever we turned into wind. The fast bits were really very, very fast indeed while the long, slow climbs took about the same time as ever. Exceptwithout having to float your bike between the boggy sections.

I was concerned that with all that available light and superb conditions under tyre, we’d barely register on the Doran scale. I mean no one required medical treatment for hypothermia,nor suffering some ride ending mechanical to zip tie our way around. Luckily we were saved from an easy ride bya second navigational triumph dragging tired bodies up a peat ridge infested withwheel eating divots.

Even dry as it was, this route sucked the joy out of pretty much everything and after twenty minutes of it, I was found sheltering from the wind muttering ‘5, it’s a bloody 5 and I bet they’re suggesting we rideto that stupid summit miles up there. Gonna be a 6, maybe a 7. Best check my affairs are in order‘.

The needle fellback into the amber though after a group decision to drop off the ridge onto grassy singletrack thankfully heading away from what I now thought of as Mordor, and into a friendlylooking little wood a few hundred feet above the car park.

A few hundred feet with a few thousand wet rocks strewn threateningly in a moist riverbed. Water being what it is, followed the fall line as did we with varying levels of success. I dabbed with both feet and nearly my head,all the timeupgrading the ride to a solid 6 as bodies were pinged from side to side bouncing off the steep ravine edge.

We hit a fire-road and immediately selected a trail home which lacked the water but doubled up the rocks and gradient. The great thing about six inch travel bikes is they still work when you’re a) tired b) scared and c) riding them with your eyes shut tight.

I arrived at the cars shaken and quite a bit stirred, but still limbed with a full set of trembling appendages. The talk turned to our next epic which is a five man ascent on the summit of Cadair Idris this weekend. Checking the rocky terrain, weather forecast, potential for navigational confusion and a level of exposure suggesting blinkers might be required, I think we can safely say the Doran Scale might need to go all the way to 11.

I might be back next week. If not, you’ve made a happy man very old.

* clearly a concept stolen from the quite brilliant Dead Poets Society. This bit specificallyhttps://www.youtube.com/watch?v=LjHORRHXtyI

** except for the Strava thing. Really? Get over yourself.

*** Thankfully none of them had anything to do with me. I brought a map and instantly handed it over to a responsible adult.