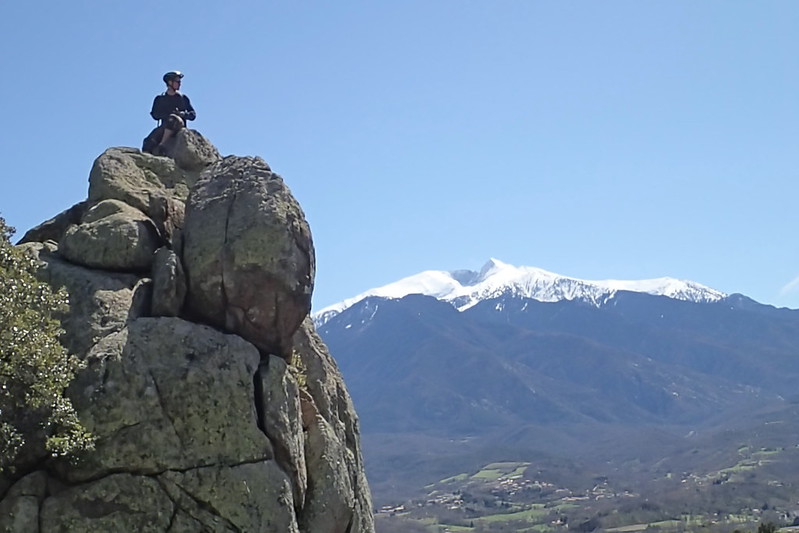 Most of us live little lives. This is not a bad thing, especially when buttressed with the ongoing delusion we’re far more important than the person stood next to us. We’re convinced the world revolves around me, which makes absolute sense until the realisation dawns that there’s only one of those and six billion of us.*

The point of differentiation is amplitude. Flatlining days of endless drudgery are spiked by the crash-trolley of defibrillating otherness. Only outside the standard deviation of dullcanyou discover the fantastic outliers of possibilitiesand dreams. A landscape found though pointless Monday morning meetings, stupid people confusing volume with importance, in trays full of tedium and days long on repetition,but short on anything within drinking distance of joy.

Hang on you say; surely the solution is a Steve Jobs-esque vocational transformation triggered by the fleetingly logical ‘if you hate your job two days in a row, go do something else’. Really? Or to be rather less fence-sitting; fuck that. Love my job so much that Mountain Biking somehow becomes Any Other Business? Stare out into a windowfull of big skies and wonder how I could make more money? Not willing the clock to tick faster so I can be done, outside and the person I believe myself to be? I say again, fuck that.

The clocked ticked and we’re sat in a van packed full of awesome mountain bikes, testosterone and a level of anticipation last found on a pubescent boy venturing out on his first date. Months of slogging through the mud and sweating on a spin bike brought us here – impatiently waiting forthis day, THIS DAY, pretending to be adults, but our inner children are stuffing gobs full of crisps and turning up the stereo**.

It’s an 80 MPH sleepover heading 900 miles due south to a place where the earthis bleached in sunshine, the trails are mostly rocks sprinkled with a little dust, the beer is cold and the decision tree is forked between ‘ride‘ and ‘drink‘. There is no nuance, no compromises, no weighing up the options, no looking for angles – this is life on uppers, amped to the max, full of opportunity and newness. Wake me up in heaven.

After 2/3rds of a journey spanning fifteen hours, I shaded bleary eyes against an encroachingdawn expecting skies the size of Kansas burning under equatorial temperatures. The optic nerve doesn’t have much truck with metaphor and offered me instead snow and -2. First thought; Cez has white line fever and – as most people faced with four hours driving at 2AM – gone with ‘Fuck it. Change of plan, we’re going to Austria’. But no, this was the last high plateau separating the flatulent four from sea level.

Took a while tho. And our arrival failed to coincide with the early summer we’d been promising ourselves. Still huge relief to unfold ourselves from stiffened sitting positions and allowing fresh air into the recesses of a van recently populated by four men engorged on crisps and energy bars***

French Coffee. God I’m alive, for a minute there it wasn’t entirely clear if I’d passed into a better place. Big ask that with blue skies silhouetting snow capped mountains refracted through medieval walls and sunglasses dusted off from last summer. This is the stuff of life, right here. Let’s get amongst it.

Fifteen hours in the van. Sleep best categorised as fuck-all. Desperate not to ride like a twat. Equally desperate not to mong oneself on the first descent. Trying to play it cool, but basically mainlining the friendless kid shouting ‘pick me, pick me‘ withteam games configured for social angst.

It’s all good tho. We’re out of the town and climbing on an ancient firetrack opening out views to a lotof France and a bit of Spain. Not pushing it like the uber-competitve two hour Wednesday night ride. Not checking watches for the Sunday ride finish. Not thinking about the bastard climbs coming up, nor the tricky obstacles you need an excuse to avoid.

No just ride, up a big hill, stop for a sandwich and a laugh. Take the piss before someone gets to you first, then drop into box-fresh trails without any idea of what happens next. Shall I tell you what happens next? Three turns in, you regress to being eleven years old and the first time you ever scared yourself in the woods. Your head is full of nothing and everything; solving difficult three dimensional problems in real time, searching for grip on unfamiliar dirt, heart pumping adrenaline laced blood, eyes wide scanning for the next line, wondering if’ll end in a second and praying it’ll go on for ever.

Shuddering to a stop, giggling and pointing and wondering if you could ever feel this alive all the time. And of course you can’t, because while the minutes and hours of a little life may drag, it’s the seconds which elevate itbeyond the angst of ‘is this as good as it gets?‘

Days later Matt and I shared a thought that while we felt smooth and safe, we didn’t feel fast. One trail later all that changed in a maelstrom of rocks, risk and reward. But we were asking entirely the wrong question. And it is this, where do I genuinely feel at peace with myself?

Out there somewhere on that trail we found it.

* incidentally this is why you should never worry if you’ve offended someone with a crass remark. They haven’t noticed because their entire cerebral processing is focused on what they’re going to say next.

*** Air has no self determination, right? That’s what I thought until the mild zephyr we opened the door on escalated to a majorhurricane as the air desperately evacuated the van. I think my ears popped.