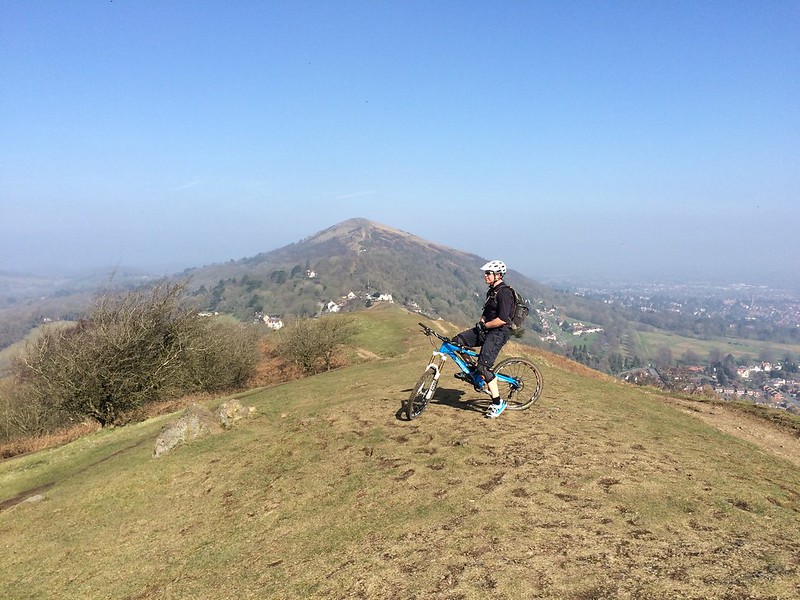 Why, What, Who, When and (w)How. Those radiating grammatical keenness, edging worryinglyclose to the border of insanity,shall be raising grubby digits and demanding satisfaction on exactly how many wublewus there are in ‘How‘. As ever, my response is loquacious, obscure and essentially blaming someone else*

Let’s move the discussion on under the auspices of misdirection, and apply this questioning method to riding mountain bikes in the winter. The mentally deluded, southern geographiedoraggressively medicated will make much of false idols preaching the canon of the unridden. That fat demons await those afflicted with sofa-suck, unable to shift ever lardening arse from beguiling images shifting fast on 50 inch screens. Those righteous worship atthe shrine of ‘any ride is better than no ride at all‘.

Well yes up to a point. That point being the first W – Why? Why am I out here in the pissing rain? Why is everyone else apparently enjoying themselves? Why are they better liars than me? Why am I ruining expensive components to slither darkly in gloom of night and endless slop? Why did I use to find this fun?

Good questions but the wrong ones; lacking existentialism, for which you need a what. What is the bloody point of doing the same thing week after week and expecting a different result? What happens if I don’t do this? What does riding through the winter actually prove? What happened to the fun?

Ah the final question is a good one and it has much to do with the third W. Who are the silly fuckers slogging through this 90 day quest? Who cares enough to face the mirror in the clothes we were born inand exclaim ‘this shall not be’? Who will fetch me out of a snowdrift and provide cheery commentary on a day shivering in the windchill? Who’ll share a beer, a grin and a memory once we’re all bled and done?

For all of that support group, there is a point when enough really is enough. A place in time when you’ve been sleeted on just one too many times. A period when shrugging into four layers of winter gear feels too damn hard. A vignette of misery as almost frozen mud pebble dashes an already bone-chilled individual from earlobe to toe.

When will it get better? When will this stop? When does this bastard chill wind warm me? When do the trails force themselves above the water table? When will there be something to look at other than the endless bleakness of leafless branches reaching into a storm filled sky?

Which brings us rather nicely to How. Technically it’s a mostly circular planet hurtling across space and time with a spin of 70,000 MPH, all the time balancing gravity and momentum to circle rather than plunge into a gas giant usefully exploding at regular intervals.**

How do things get better? How is it that imperceptibly longer daylight hours and a barely noticeable increase in ambient temperatures move the cycle on? How is it that tiny plants sucking moisture from long forgotten fun trails divinea dry line where for months it’s been a messy watercolour?

Five questions. No real answers. Every year it gets a little more difficult to find a reason to bother asking. Coping strategies and indoor cycling bulwark fading motivation and a fat slice of can’t be arsed. Until today, until opening a car door isn’t instantly followed by a retreat to add many more clothes. Until the trail gives only a little under tractionand a little less under cautiously placed angled tyres.

Until the wind is welcome and warming. Until you stop and stare at the curvature of the earth without a shiver trigger to move on. Until every run in and run out from tricky obstacles are firm and sure. Until the fitness you’ve selfishly hoarded all winter makes climbing mostly a joy, traverses fast but not loose and descents so simple without combating the slimey.

We ask the wrong questions. Sometimes the why, what, who, when and how seem as insoluble as the trails which are exactly that. It’s caterpillars and butterflies. You’ve got to ignore the misery of the winter to fly in the joy of Spring.

Today made that real. We didn’t ride that far. We stopped for tea in the sunshine. We stared long at muscular hills backlit by graduatedazure skies. We pushed it a little bit, but laughed a whole lot more. And all around us were the buds of Spring ready to explode in the sunlight.

In six days, we’ll be riding bikes some 900 miles south of here, ripping up arid trails under a mediterraneansun, bookended by drinking beer under clear skies, andwondering what all that winter fuss was about.

If it’s even close to the fun we had today, I can hardly bloody wait. Someone finally crankedthe season-ratchet. I’m out of metaphors so let’s go with ‘thank fuck for that’.

* This is how Business Analysis is taught under the auspices of an apparently rigorous and matriculated curriculum. You are encouraged to always be asking questions. Apart from this one.

** I’ll concede better explanations are available for those with more than a passing understanding of astrophysics. As are worse ones, generally from the God Botherers, flat earthers and almost any group with a terrifyingly narrow focus on how the world works. ThinkUKIP if you’re struggling for a representative example.